Around MLS: Chicharito is headed to Florida with Galaxy 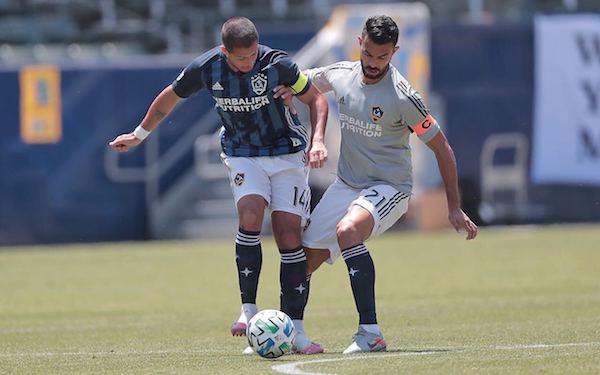 LA Galaxy general manager Dennis te Kloese confirmed that forward Javier Hernandez will be with the team when it plays in the MLS is Back Tournament.

Chicharito played in the Galaxy's scrimmage -- the first live pro sporting event in the state of California since the beginning of the Covid-19 pandemic -- held on Thursday at Dignity Health Sports Park. The two goals in the scrimmage were scored by Gordon Wild (first-half penalty kick) and Cristian Pavon.

Fellow Mexican international Jonathan dos Santos was ruled out of the tournament after undergoing surgery to repair a groin injury suffered during training.

"We need a fit Jonathan to be able to manage the pace of the game and hold the ship in the midfield," said Te Kloese. "The solution of a small surgery is difficult timing, but we had to take a decision. Everyone, including Jonathan, agreed to go forward with the surgery because you can't have half-fit players at a tournament like this."

Achara tears ACL. Toronto FC rookie Ifunanyachi Achara tore the ACL in his left knee and will miss the remainder of the 2020 season. The Nigerian scored the game-winning goal the Reds' 2020 home opener against New York City FC. He was selected 25th overall in the 2020 MLS SuperDraft out of Georgetown University. He first came to the United States in high school to attend The Berkshire School.

Opara rehabs. Ike Opara, the 2019 MLS Defender of the Year, did not travel with Minnesota United to Florida for the MLS is Back Tournament. He made the announcement via his Twitter account, citing a “pre-existing condition.” He said he is continuing to rehab as part of an agreement with MLS and the Loons for him to miss the tournament.

Wolff HG deal. Atlanta United signed 17-year-old Tyler Wolff as a Homegrown Player. Wolff is the son of former U.S. international Josh Wolff, the Austin FC head coach. He played for the Columbus Crew academy until the 2019-20 USSDA season when he moved to Atlanta United, scoring 14 goals in 11 games for the U-16/17s.