Thanks to Robert Lewandowski's skillful control and his counterpart's howler, goalkeeper Manuel Neuer earned an assist on Bayern Munich's third goal of its 4-2 DFB Pokal final win over Bayer Leverkusen. The Polish striker smoothly settled the long boot by Neuer, who had come out his penalty area to receive a back pass, and shot hard but straight to Hradecky Lukas. The Finnish goalkeeper bobbled the shot and the ball bounced between his legs and over the goal line. David Alaba opened the scoring with a superb free kick, Serge Ganrbymade it 2-0, and Lewandowski scored his second in the 89th minute. 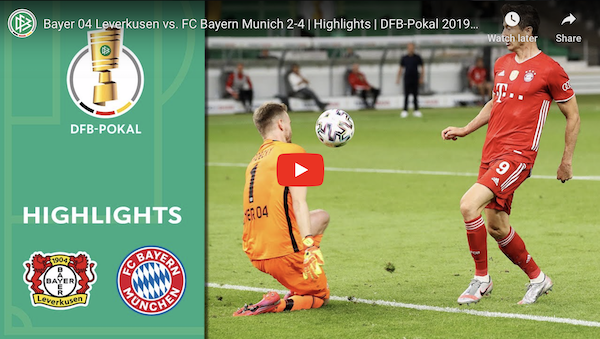