Lesle Gallimore: The Girls Academy will listen to players

After 26 years as head coach of the University of Washington women’s team, Lesle Gallimore  was not looking for another full-time soccer gig. 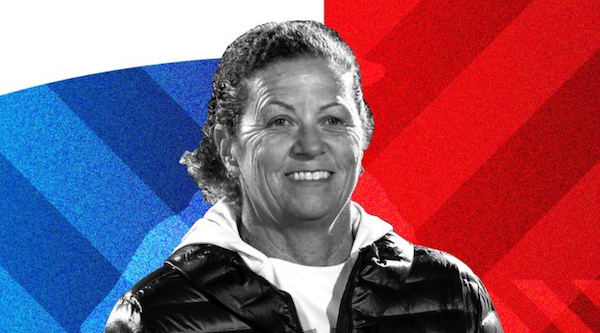 But when the Girls Academy came calling, she did not hesitate. The highly regarded leader – a past president of United Soccer Coaches, U.S. Soccer A license instructor and former national women’s team assistant – is the new (and first) commissioner of the national, 67-club league that arose from the ashes of the ill-fated Development Academy.

Gallimore is ready to lead. And listen.

A cornerstone of the GA’s philosophy is empowering its players. An Advisory Panel will include player representatives from clubs and conferences in the decision-making process.

“In youth soccer we tend to talk a lot. But we don’t listen a lot,” Gallimore says. “The GA will listen. We want – we need – players’ opinions. They have insights into competition, travel, showcases, the soccer environment, expectations of coaches, inclusion, quality of life standards. They know what’s fun, and what’s important. They have ideas about the right pathways to reach their goals.”

The GA players Gallimore will lead are younger than those she coached in the past. Yet at the college level, she spent more than three decades recruiting teenage athletes. She knows the youth soccer landscape well. And since she began in 1986, as a University of California assistant, she has seen it change dramatically.

“How did it get to this point?” she asks rhetorically, pointing to the confusing alphabet soup of leagues and organizing bodies, of which the GA is the newest member. “How do we make sure we do right by the players?

“For me, that means staying true to our course as much as possible, not kowtowing to people who want to control or swallow up another organization. It’s important that girls not be second fiddle, not a box to be checked just to say ‘we’ve got that covered.’”

The twin bombshells this spring – the COVID-19 pandemic that shut down all soccer activity, and the demise of U.S. Soccer’s Development Academy – offer a unique opportunity to rethink and “reset” youth soccer in this country, Gallimore believes: “We can really look at how we allocate money and resources."

The GA is divided into seven regions (Northeast, Mid-Atlantic, Southeast, Mid-America, Frontier, Southwest, Northwest), with seven to 13 clubs in each. The league schedule begins in August, with the first showcase scheduled for late November in Southern California.

“Full-bore soccer is not yet happening. We have time to get things done the right way,” Gallimore says.

Though her first official day is August 1 – she asked for time to finish conducting her national license course – she has already dived deep into the complex work of creating a new league from scratch. She does not lack for help.

“People who were shut out in the past have reached out,” Gallimore says. “There are a lot of holes in the national soccer map. One of the key issues is, how do we become more inclusive? My job is to figure out which clubs fit in with our mission.”

The GA includes many clubs that were in the DA, as well as others that were not. “If they’re not there yet, how can we help them get there? This is a collaborative effort.”

Collaboration has not been a hallmark of American soccer. Gallimore has had a ringside seat to the infighting, power-playing, club- and wholesale-league poaching that’s been part of the youth soccer scene for the past couple of decades.

“The youth soccer landscape is confusing and convoluted,” she says. “There’s so much talk about who controls who, and under what umbrella.” That’s why the empowerment of players is important to her. Her role at the GA helm, she explains, is to include young athletes as much as possible, while leading the league with “integrity, quality and fairness.”

Since mid-March, millions of American youth players have missed soccer. They’ve been isolated from their coaches and teammates. In the case of the DA, their entire league folded.

Soon they’ll be back. Beginning her new job, as commissioner of a new league, she looks forward to seeing girls’ faces when they return to action. Her role, Gallimore says, is to “help make this a league that is worthy of them.”