FC Dallas exits MLS is Back Tournament after Covid-19 outbreak 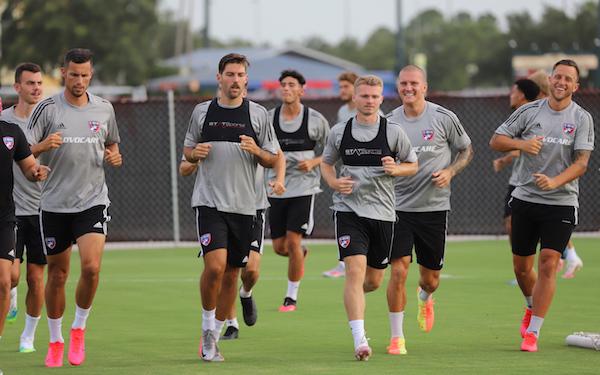 FC Dallas is out of the MLS is Back Tournament.

Two days before its start, FC Dallas was pulled out of the tournament in Florida after 10 players and one coach tested positive last week for Covid-19.

The decision was announced on Monday afternoon. MLS had already postponed the opening FC Dallas game, scheduled for Thursday against Vancouver. No decision on how the schedule would be adjusted to accommodate the FC Dallas withdrawal was made at the same time.

It is not clear if FC Dallas will be the only team to withdraw from the tournament or if other matches will have to be postponed.

In its announcement, MLS said three other players from two other teams had tested positive for Covid-19 -- Columbus previously confirmed that one of its players tested positive -- but did not confirm reports by The Athletic of an outbreak among Nashville SC players who have not trained since their arrival in Orlando on Friday.

On Monday night, The Athletic reported that after follow-up tests, five Nashville SC players were confirmed to have positive results for Covid-19 and the club was awaiting the results of tests to confirm three other players were positive.

With the first Nashville SC game scheduled for Wednesday against Chicago, it's hard to imagine that it would go ahead though there has not yet been an announcement from MLS. Two other teams -- Toronto FC and Colorado -- arrived on Monday after delays left them within the bubble  less than a week before their opening games.

The FC Dallas individuals who tested positive were moved to an isolation area of the Swan and Dolphin Resort at the sprawling Disney World complex, where the games will be played, and rest of the FC Dallas delegation had been quarantined in their rooms since last Tuesday.

Given the incubation time for contracting Covid-19, the first FC Dallas players were more than likely infected before they left Texas. How many other individuals they infected before or after leaving Texas -- or on their way to Orlando -- is not known though FC Dallas did train the day after its arrival.

“But this is uncharted territory for professional sports in this country,” he added. “And unfortunately we don’t know a lot about Covid. We’re still learning daily. And I think we probably had some cases that were dormant that didn’t show up in the testing.”

Some of those testing positive were asymptomatic, while others had symptoms ranging from a dull headache to a minor cough and a small fever, according to Hunt.

To date, there has been no confirmation of any community spread between MLS teams or from Disney employees to members of the MLS delegation at the Swan and Dolphin -- which has been the great fear of the bubble concept. Separating teams from each other except for contact on game day -- in effect, operating with 26 bubbles -- has been the goal of MLS in minimizing the risk of team spread.

"In the event that we have an outbreak of the virus amongst our teams then we'll make the decision to not go forward with the tournament," MLS commissioner Don Garber told ESPN, "but until that time, me and our clubs and the league leadership are very focused on going forward with a very close eye on the safety of the players." 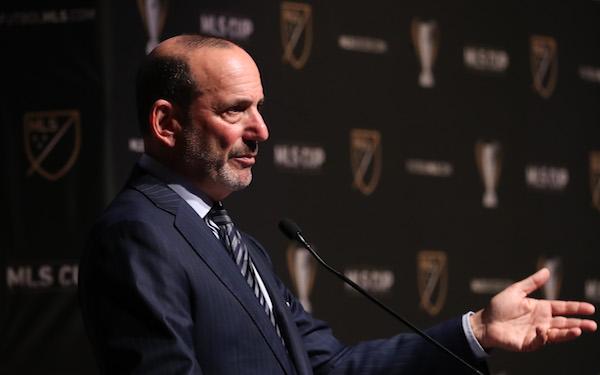 Garber told AP he would shut the tournament down if he believed that the protocols weren’t working, and the health and safety of the league's players were at risk.

“That is something I committed to the players and to our entire league early on," he said. "But this is proving that our protocols worked and our plan so far has been sound.”