Around MLS: Carlos Vela gets support from LAFC for decision to skip Florida tournament 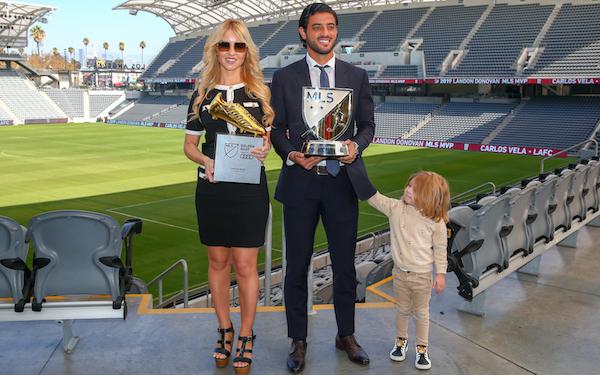 Carlos Vela, the 2019 MLS MVP, didn't travel with LAFC on Monday to Florida for the MLS in Back Tournament.

He chose to remain in Los Angeles with his wife Saioa, who is pregnant with the couple’s second child. MLS players were given the option of opting out of the tournament for health or family reasons. It requires upwards of six weeks away from home for teams that reach the Aug. 11 final.

"I would like nothing more than to be with my teammates in Orlando,” he said in a statement. “However, it is in the best interest of the health of my family to stay home and be with my wife during what is a risky pregnancy.”

His decision had the blessing of LAFC head coach.

“I stand 100 percent behind Carlos,” LAFC coach Bob Bradley said. “It’s just important for him to be with his family right now. All his teammates feel exactly the same way. We always have a mentality that we do what’s best for players, we do what’s best for families. And that doesn’t change how we approach stepping on the field."

LAFC plays its opening game in Orlando next Monday against Houston.

Montero out. Colombian veteran Fredy Montero also withdraw from the MLS is Back Tournament and did not travel with the Vancouver Whitecaps, who were late arrivals on Monday but aren't scheduled to play until June 15 following the withdrawal of FC Dallas.

"Due to the current situation with Covid-19, I made the hard decision to stay with my wife and daughters in Canada, instead of traveling with the team to Florida," Montero wrote in a statement posted on Instagram. "It was not an easy decision. I truly love what I do for living and have been eagerly waiting to return to the pitch as much as anyone however the health of my family is my No. 1 priority. My family and I have had a complicated few months not only with being isolated in Canada without family or friends but also with an unforeseen health emergency."

Robinson leaves bubble. Robbie Robinson, the No. 1 pick in the 2020 MLS SuperDraft, left the the Swan and Dolphin bubble, where Inter Miami has been staying while it prepares for the tournament.

Robinson, who did not test positive for Covid-19, left for personal reasons. He won’t be allowed to return to the hotel bubble in accordance with MLS's protocol but will re-join the Inter Miami when it returns to Fort Lauderdale.