Amir Lowery on his bid for Congress, his work for the MLS Players Association, and his D.C. inner city youth program

Amir Lowery, who’s running for Washington, D.C.’s delegate to the U.S. House of Representatives, is a man who wears many hats. He runs the Open Goal Project, a non-profit he founded in 2015 that addresses the pay-to-play barriers in D.C. youth soccer and includes a summer fitness program for college-bound players from his community; and he’s a Players Relations Manager for the MLS Players Association. 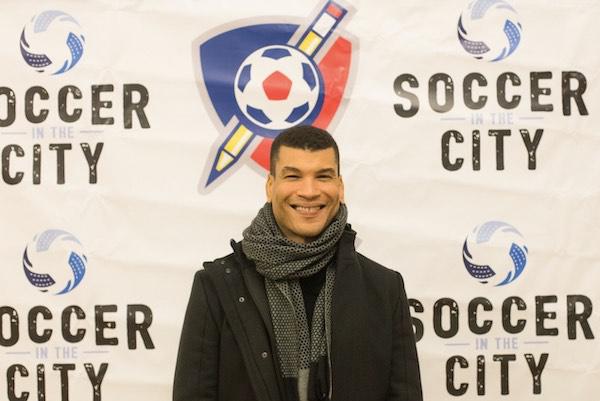 After playing college ball at Wake Forest, the D.C. native was drafted by the Colorado Rapids in 2005 and had stints with the San Jose Earthquakes and Kansas City Wizards. He retired from playing in 2012 after two seasons in the NASL, with the Montreal Impact and Carolina Railhawks.

SOCCER AMERICA: How are you? What's up?

AMIR LOWERY: Oh man. We just finished with a couple athletes who are going to college. One of them is going to JMU and so we're doing a fitness program for them, keeping it to low numbers.

And then the water was out in our neighborhood this morning. So, I've kind just been putting out fires and doing extra stuff. It never ends.

SA: What’s a day in a life for you right now, running for District of Columbia’s Delegate to the U.S. House of Representatives? What's it like running a campaign during a pandemic?

AMIR LOWERY: They are long days, to say the least. I'm not taking a lot of days off. A normal day for me is running the fitness program that goes Monday, Wednesday and Friday mornings. We're building in life skills and self-discovery to the cohort we're working with, which is a cool element that we've been able to generate during Covid.

For Open Goal Project we do Zoom sessions with the kids in the evenings; we do skills and fitness for some of our younger kids who can't get on the field.

During the day, the MLS is Back scenario has been scrutinized on a lot of levels. We're just trying to make sure that guys are safe and that their voices are heard and their concerns are addressed. That's a big portion of my day. As I'm able to fit in conversations for my campaign and the work required to push that forward, I've been filling that in as much as I can.

SA: Your campaign is being run a lot different than most campaigns. How is it different? What's the idea behind it?

AMIR LOWERY: I'm trying to do things differently, you know? A lot of people spend tens of thousands of dollars on a campaign and I don't think that's accessible for normal Americans. I'm not accepting donations, I'm self-funding my donation and I'm not intending to spend a lot of money. I'm doing it in a way that I think is realistic for the average person to get involved in government. I know I'm not average in all of those ways but I'm trying to make a statement about the norms and cultures around pay-to-play politics.

SA: Tell us about the Open Goal Project.

AMIR LOWERY: After my pro career ended, I ventured into coaching and really developed a passion for it. Along the way I saw what the pay-to-play system was doing to soccer in D.C. Specifically, who it was leaving on the sidelines and the families that weren't allowed to take part because of the construct. And how the deck was stacked against them.

So my immediate thought was to address that need, not just for the players but for the clubs in D.C. and for the U.S. soccer landscape. I don't think we can be the best we can be until we level the playing field and we have equal opportunity and access.

That was where it was born. We started with a few kids and it grew to a point where we realized it wasn't sustainable to fund other players to play for other clubs. Now we brought it all back in house with a new soccer club, DCFC, and we have aggressive plans for the future. 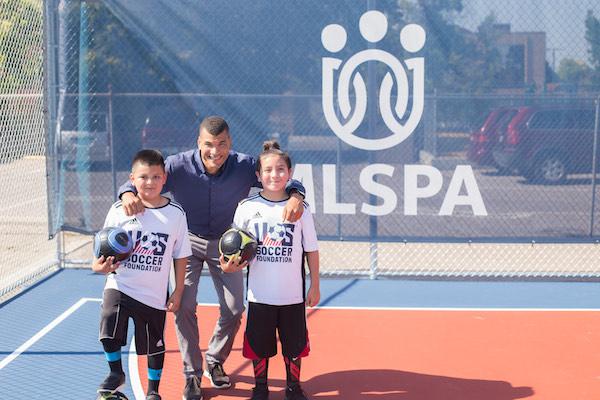 SA: How is DCFC going to be different?

AMIR LOWERY: DCFC is different because it doesn't accept money from families. We do accept donations, those are always welcome, but the biggest thing for us is that we're fully funded and we don't charge anyone anything that comes out to our programming. That inherently breeds a different culture.

SA: Changing gears ... what's your take on MLS Is Back Tournament?

AMIR LOWERY: From a player's perspective, you're balancing a safety issue but you're also looking at everywhere else in the world that is playing matches, where your peers are. You can go down the rabbit hole from there looking at a player's psyche.

I just want everyone to be safe. I do think it's concerning to see the positive tests, there's no getting around that. I think and I know that they have to get it under control or else it can't go on as normal if the players aren't safe. I want to make sure our players’ best interests are taken care of and their families are safe above all else.

Players safety has and always will be our first priority. The most important thing for us is achieving that and that has to inform all of our decision-making and I hope it informs the league's decision-making too.

SA: Describe what made you want to work for the MLSPA?

AMIR LOWERY: When the opportunity came my way, I knew I could make an impact there. My starting salary in MLS was $12,900 in 2005. I signed a contract in San Jose, moved all my stuff and got cut three and a half months later. I had to move again on a really low contract not really sure where I was going, just kind of picking up the pieces, but chasing my dream.

Looking at my experience and where MLS was when I started and where it is today and how much work there is still left to be done, I just saw a chance to have a positive impact on my community and the larger soccer community.

The reality is that MLS can be and should be one of the best leagues in the world. But I think it takes collective participation from the labor union, the Players Association, and the league to make sure that players are treated the right way, fairly, and that the system is equitable. Everyone sees the potential. But it takes a lot of work to make sure the conditions and standards improve.

SA: How would you say the MLSPA evolved over time?

AMIR LOWERY: This year is the 15th-year anniversary of our first collective bargaining agreement. It's a process to get everyone on the same page. It's a very transient league so I think it's been a lot of work to create an organization that has the footprint that the PA has. When I was in the league in '05, the PA was just starting in 2003. My rights as a player weren't very robust.

Just moving minimum salaries forward to today, where it is actually a livable wage in most places, right? Getting player rights such as free agency, and making adjustments so that player movement isn't as restricted across the league. Moving expenses if you're traded, etc.

All of those improvements across the board have been massive. It's been baby steps and that's credit to all of the players who have come through and been on the executive board. It's a day-to-day, week-to-week thing behind the scenes and a lot of people won't see that. But the player reps and the communication that they take part in as a group, and our bargaining committee with our last CBA, they deserve a lot of credit for moving us forward. 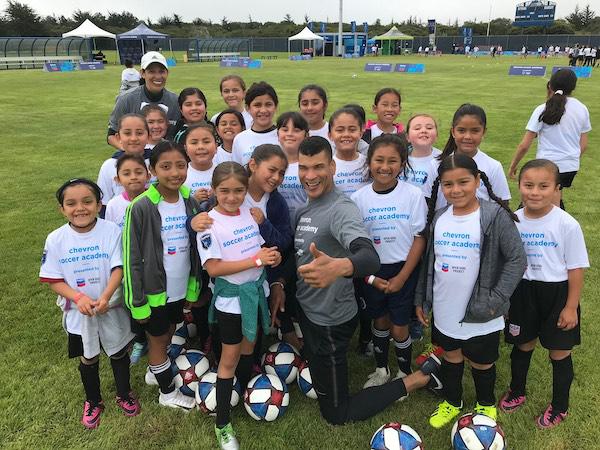 SA: What do you do as Player Relations Manager for the MLSPA?

AMIR LOWERY: On the player relations team, we're really tasked as a catch-all for communicating with the player pool and making sure their voices are heard.

Recently my job has been to bring on board the international players, so the Latino, Central and South American, Spanish-speaking players. Having them engaged. You can see their influence on the field and from a marketing standpoint, having those players in leadership roles has been massive for us for getting everyone together and to move together in lockstep.

SA: Where’d you learn how to speak Spanish? How has that figured into your soccer and political career?

AMIR LOWERY: I was in a bilingual preschool and elementary school. When I went to college, I kept on taking Spanish courses. When I was a professional, my coaches would pick up on the fact that I knew Spanish or was interacting with Latino players on our team. So they would ask me to translate bits or nuggets.

Along the way I'd build my rapport with them, but it didn't hurt to have coaches intentionally put me in as a roommate with those guys. That helped me hone in on it further. That helped me find my voice. As I started Open Goal Project and during this campaign, it's been a daily exercise, communicating back and forth in both languages.

SA: Why did you embark on a political career?

AMIR LOWERY: I think we all know the magnitude of the election in November. It's important to look to the future now. We can't keep on doing the same things expecting a different result. I can't say when that happened, but that sentiment has been there for at least three years when I started to think about it more.

With our congresswoman [Eleanor Holmes Norton] here, and the state of D.C. government and politics, I feel very strongly that we need new ideas and a fresh perspective. Our incumbent has been in office for three decades. Those things really resonated with me as a voter, a citizen and a D.C. native. More so than anything, I want to take that responsibility to increase and amplify my public service on behalf of the city.

SA: On ex-athletes entering the halls of public service ...

AMIR LOWERY: I think athletes and ex-athletes are uniquely qualified to take on roles in government and in politics. I want to leverage those skills. All of the social skills I've built, all of the business skills I've built, dealing with management, coaches, front offices, fans, representing a city, representing a club. I think a lot of those things can translate and being in the public eye especially, a lot of us aren’t afraid of it.

I just offer that and hope to inspire some people along the way.

(Editor's note: Amir Lowery and four other independent candidates, and a Green Party candidate, are running against Eleanor Holmes Norton, who's held the seat since 1991.)