MLS is Back: Black Players for Change use occasion of restart to make powerful demonstration 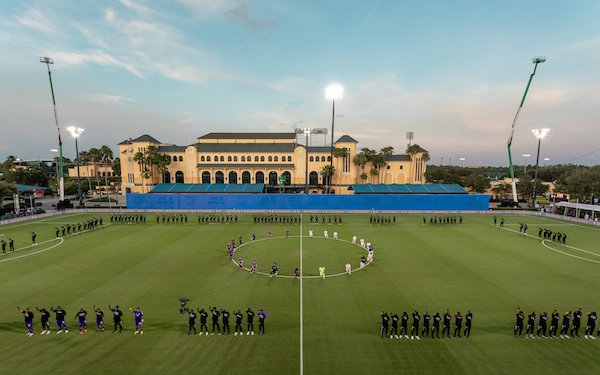 MLS's assembly of all 26 teams at the same resort for its restart has been met with trepidation as new Covid-19 cases has spiraled in Florida and two teams -- FC Dallas and Nashville SC -- were hit hard by outbreaks they brought with them from their home markets.

FC Dallas pulled out of the MLS is Back Tournament on Monday, and Nashville SC is likely to exit on Wednesday.

But MLS is Back Tournament provided an opportunity for the new coalition of Black MLS players brought together at one site to make their first public demonstration against systemic racism in sports and society and policy brutality following the killing of George Floyd and other Black men and women.

Like the surrounding Disney World complex, the ESPN Wide World of Sports Complex is normally filled in the summer with the noise of screaming kids playing soccer and baseball and other sports at one of the country's destination sports complexes. But the Covid-19 pandemic has left Orlando without tourists since March and limited attendance at the tournament to MLS officials, events staff, TV crews and a few media members.

That silence made the demonstration by members of Black Players for Change in MLS before the Orlando City-Inter Miami opener all the more powerful. In one of the largest demonstrations of Black pro athletes ever assembled in one place, they lined in the inside of the field at the makeshift stadium set up for the event.

Almost 200 Black players took part. They wore blacks gloves and Black Lives Matter face masks and black T-shirts and pants one after the other raised their fists in the air.

It evoked memories of the 1968 Olympics and Mexico City and two Black men, Tommie Smith and John Carlos, wearing black gloves and raising their fists in the air while the national anthem was played during the ceremonies for the gold and bronze medals they won in the 200 meters. Only there was no national anthem playing.

They stood silently for 8 minutes and 46 seconds, the time that Minneapolis police officer Derek Chauvin had his knee on Floyd's neck when he died on May 25.  In the middle of the field, players on both Orlando City and Inter Miami knelt in support of the Black Lives Matter movement like players across Europe have done in recent weeks. 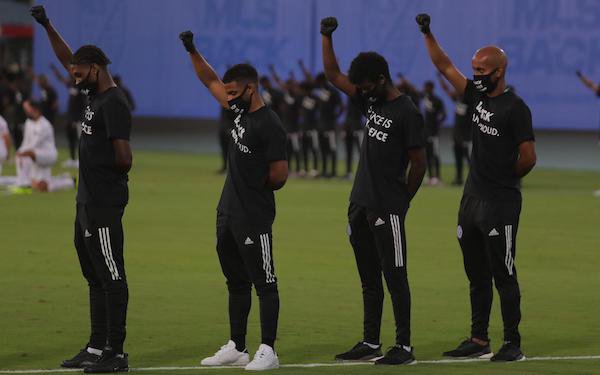 The MLS group began informally when Justin Morrow, a veteran of 11 seasons in the league, now with Toronto FC, started an Instagram group after Floyd's death.

Black Players for Change in MLS has opened a dialogue with MLS, which supported Wednesday's pre-game demonstration. The group has talked with MLS commissioner Don Garber and other leaders around the league about how it needs to change, calling for greater diversity in coaching, management and executive positions and training to eliminate biases and cultural prejudices.

Inter Miami's Colombian-American, Juan Agudelo, one of many Black players in MLS born abroad, scored the first goal of the MLS is Back Tournament, but he will remember the evening for other reasons.

“It was very powerful to put my fist up and to be there on the field with so many people that are trying to make a change in this country," he said. "And that’s what we need to do."

mls
7 comments about "MLS is Back: Black Players for Change use occasion of restart to make powerful demonstration".
Read more comments >
Next story loading