We previously wrote about the Female Athlete Triad, and provide below an update. While most commonly found in female athletes, it’s been discovered that male athletes can also have a form of this problem. So a broader term has been in use recently, Relative Energy Deficiency in Sport (RED-S).

RED-S is a serious health condition typically affecting teenage athletes. It’s made up of three key components (“the triad” for female athletes):

As sports medicine doctors, we will often find that a young athlete first comes in to see us when he/she’s developed a stress fracture. The typical teenage athlete may hide conditions such as an eating disorder or abnormalities in her menstrual cycle from her friends, family and coaches, so the stress fracture is often the thing that requires her to seek medical care. 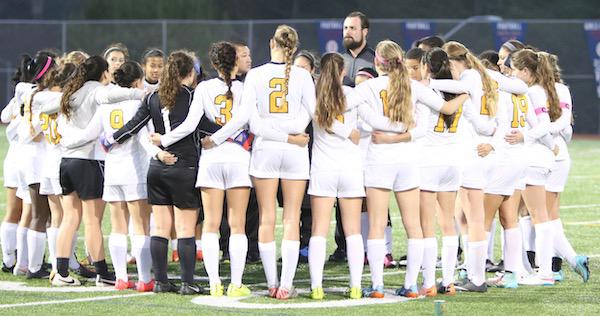 Let’s have a look at the three components.

1. Low Energy Availability
The human body needs an adequate number of calories to meet basic health needs, whether you’re an athlete or not.

Athletes have an even higher energy demand than non-athletes, in order to fuel their practices and workouts. Some athletes are pressured to keep their body weight as low as possible, prompting them to severely restrict dietary calorie intake. These behaviors are called “disordered eating” and may result in extreme weight loss or even starvation. When disordered eating is severe, athletes can be diagnosed with an eating disorder. Female athletes participating in cross country, dance, gymnastics, or cheer may feel particular pressure to keep body weight low. For male athletes we’ve seen the condition most commonly in cross-country and figure skating.

Women and girls who diet excessively often eliminate dairy products. Dairy products are a primary source of calcium, which is vital for bone strength. Some studies say that less than 25% of adolescent girls get the calcium necessary each day through foods or supplements. This deficit comes at a critical time in the teenager’s life — when girls should be building their bone mass to the highest levels.

2. Irregular Menstrual Periods
It is common for female athletes to have irregular periods, but this is not healthy!

When women have infrequent periods (less than one period per month), or no periods (amenorrhea) they are at increased risk of bone fractures. With amenorrhea, teenage girls experience significant reductions in estradiol, the primary form of the female hormone estrogen. Estradiol is a key component of bone health.

Although some girls with irregular periods notice that their periods become normal after starting birth control pills, unfortunately this does not correct the underlying impact that low estradiol is having on their bones.

The combination of disordered eating and abnormal menstrual periods is a particularly dangerous combination, and significantly increases the risk of stress fractures and osteoporosis.

“Bone mineral density” is a term we use to describe the amount of calcium and other key minerals present in bone. Low bone mineral density means that the athlete’s bone is not as strong as normal bone and places that athlete at risk for stress fractures or other broken bones.

Female and male athletes with RED-S are at increased risk for broken bones. As we’ve noted above, a stress fracture or other bone issue is often the initial reason that an athlete with the triad seeks medical care. Furthermore, the teenage years are the peak time when we form adult bone – if bone health is impaired, then this can affect bone density many years in the future.

When a female athlete sees us for a possible bone stress fracture the first thing we do is question the athlete carefully about training load, eating habits, and menstrual cycle. We’ll have a similar conversation with male athletes. The stress fracture is diagnosed with an X-ray, and occasionally other imaging such as an MRI or a bone scan. Most stress fractures are treated without surgery, although some stress fractures to the hip or tibia will require surgery.

In addition to treating the fracture, we’re also going to investigate the other possible components of RED-S. We may obtain a bone density test, and do laboratory work to assess metabolic health. If menstrual abnormalities are discovered we typically perform blood tests to identify the cause. The treatment of the menstrual abnormalities is based on the cause, and may involve a gynecologist in some cases. Eating disorders usually require nutritional and psychological counseling.

The number of athletes who continue to compete with low energy availability and menstrual disorders but without a stress fracture could be higher than the number of athletes with a stress fracture. So we believe that RED-S and the female athlete triad are under-recognized conditions. In this and so many other sports conditions, prevention and early recognition can go a very long way towards avoiding serious health consequences.

Key Points:
• Female and male athletes are at risk for a potentially serious health condition called Relative Energy Deficiency in Sport (RED-S).
• There are three components to this problem: low energy availability (possibly from an eating disorder), abnormalities in the menstrual cycle, and low bone mineral density.
• Teenage girls are particularly at risk.
• We often find that girls and boys with RED-S first seek medical care due to a possible stress fracture.
• Treatment can be complex, requiring care for all parts of the triad.