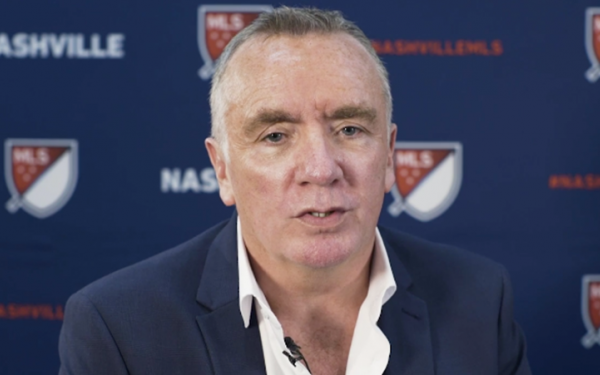 As expansion seasons go, no MLS team has endured what Nashville SC has gone through in Year 1.

Nashville won MLS's expansion sweepstakes in 2017, coming out of nowhere to beat out 11 other cities. The big reason was the agreement it reached with Metro Nashville on a new stadium at the Fairgrounds Nashville.

But on the eve of Nashville SC's 2020 MLS opener, that stadium deal -- and MLS's future in Nashville -- began to unravel when new Nashville mayor John Cooper decided to rip up the 2017 agreement. The dispute was finally settled when Nashville SC owner John Ingram agreed to pay to complete infrastructure work around the stadium and cover any shortfalls in the repayment of $225 million in revenue bonds issued for the stadium project.

The high point of the year came on on Feb. 29 when Nashville SC drew a crowd of 59,069 at Nissan Stadium -- a Tennessee state record soccer crowd -- for its MLS debut.

Not only did Nashville have to deal with the Covid-19 pandemic but a tornado swept through Nashville area on March 3, causing more than $1 billion in damage. Two Nashville SC players -- forwards Daniel Rios and David Accam -- lost their homes in Nashville suburb Germantown, where U.S. Soccer president Cindy Cone grew up.

Three months later, Nashville flew off to Florida for MLS's restart, but it never got out of its hotel. One player tested positive for Covid-19 upon the team's arrival on Friday at the Swan and Dolphin, where all teams are staying, and by Monday morning when its opener against Chicago, scheduled for Wednesday, was postponed, four other players tested positive.

On Thursday, The Athletic reported and then MLS announced that Nashville SC had been withdrawn from the MLS is Back Tournament, like FC Dallas two days earlier.

"We've had it tougher than maybe any team's had in an expansion year so far," said Nashville SC CEO Ian Ayre on a media call on Thursday, "but that doesn't mean we can't recover and we can't be great again and bring the energy that we saw on Feb. 29 back to soccer in Nashville."

Nine Nashville SC players tested positive, and the other players had not trained since they arrived in Florida, but they wanted to play on.

"I don't think it will surprise anybody to know that as well as us they were all devastated to have to withdraw from the tournament," Ayre said. "Unfortunately, it was a medical and a timing issue that had us withdraw. The players were 100 percent committed right to the end. Devastated to hear the bad news." 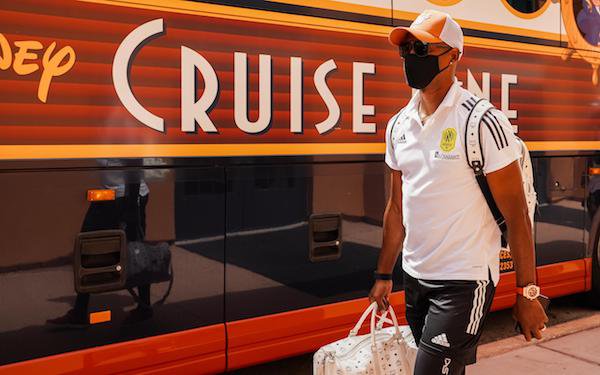 Ayre said he doesn't know how the Covid-19 outbreak began or how it spread.

“We were doing our job,” Ayre said. “It's just this virus is indiscriminate. Whether people were wearing masks or not, people got infected. Who knows how that happened? We don't know yet where it started or if we ever will. If we get something wrong, I'd be the first person to hold my hand up for this organization and say we got something wrong. But that wasn't the case here.”

Ayre took exception to comments from ESPN commentator Taylor Twellman on Thursday suggesting Nashville SC and FC Dallas were irresponsible in how they handled tournament protocols.

"That we needed to do our job in preparing our team and that he didn't feel bad that we were not participating,” Ayre said. “I mean, I think that's hugely disrespectful to us but also to anyone who's affected by the virus, in soccer or not. You can't make those sort of sweeping comments without facts. We 100 percent worked within the tournament guidelines and protocols. And you know what? Some of our players got sick and that spread.”

Where does Nashville SC go from here? Like FC Dallas, it is working on getting all its players healthy and home. Then it will be getting them safely back on the training field. There is no confirmation yet that MLS play will continue into the fall, but Ayre wants his team, still looking for its first MLS win, to be ready.

"It'll be a low point for a few days, I'm sure," he said. "Our job and [head coach] Gary [Smith's] job and everybody else involved is to deal with it, dust ourselves off and move on. For Nashville Soccer Club, it's not our first rodeo, in terms of difficult days, but it's certainly one of our toughest ones."