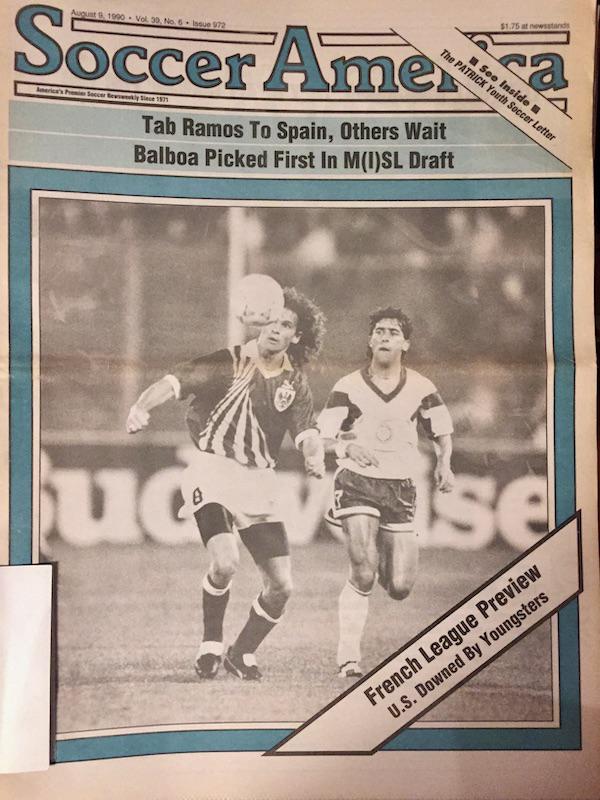 SOCCER AMERICA: What's your favorite memory of the 1990 World Cup?

TAB RAMOS: Playing at Olympic Stadium in Rome vs Italy. It just does not get better than that.

SA: What part of your Italia '90 experience do you think had the most profound impact on your future career in soccer?

TAB RAMOS: Playing against top players and adapting to a speed of play I had not experienced before. 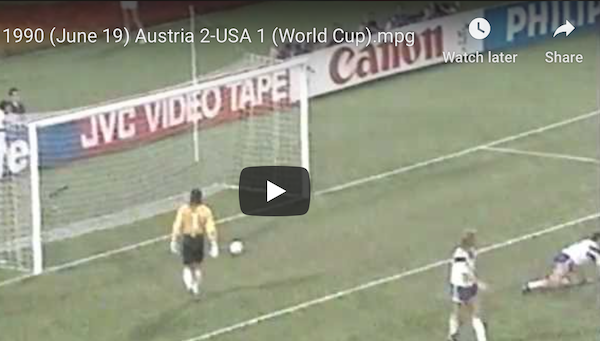 In the USA's third and last game of the 1990 World Cup, Tab Ramos assisted on Bruce Murray's goal in the USA's 2-1 loss to Austria. The USA opened with a 5-1 loss to  Czechoslovakia and a 1-0 loss to host Italy.

SA: Can you share a Italia 90 anecdote we may not have known about?

TAB RAMOS: After we lost to Czechoslovakia 5-1 in the first game our training sessions were, as you can imagine, really intense to say the least. At one point, Bruce Murray and Eric Eichmann ended up tangled up in the net throwing punches at each other after fighting for a ball during a possession game. Unforgettable! ... and so funny. 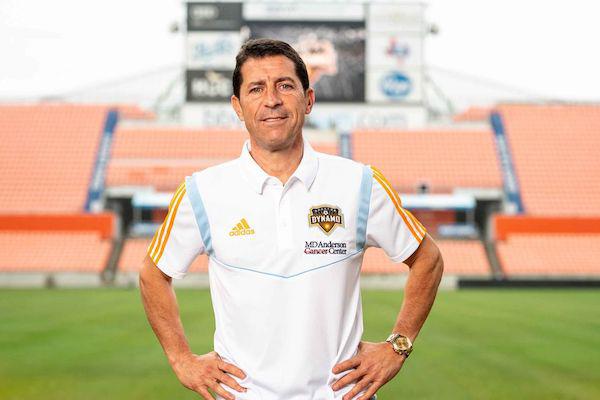 Tab Ramos took charge of the Houston Dynamo for the 2020 season after coaching the USA at the last four men's U-20 World Cups.  The USA is the only nation that reached the quarterfinals of the last three U-20 World Cups.

TAB RAMOS: It was a group of players with relentless desire and resilience to overachieve. Just about every single player who wore the U.S. jersey in that World Cup has had an effect in the game of soccer in this country that laid the foundation for the next generation of players and for many generations to come, on and off the field. No other team will ever be able to make that claim.

Tab Ramos played in three World Cups, two Copa Americas and the Olympics for the USA. His six world championship appearances as a player include the 1983 U-20 World Cup and 1989 Futsal World Championship. Upon retiring in 2002, Ramos founded the New Jersey youth club NJSA 04 (now part of the Cedar Stars Academy) and in 2008 coached the NJSA 04 Gunners to the U-14 U.S. Youth Soccer national title. He became the USA's U-20 head coach in 2011 and also served as assistant coach to the full national team at the 2014 World Cup. In total, he's been part of 11 world championships as player and coach.

Ramos' 1990 World Cup performance led him to Spain's Figueres and Real Betis. Ramos, who then played for Mexico's Tigres, was the first player signed by MLS for its 1996 launch.