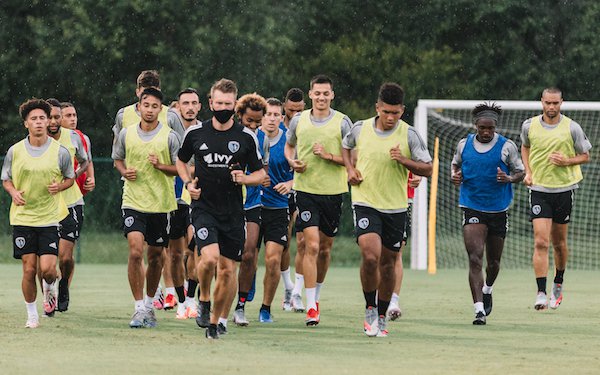 Two days before its first game in the MLS is Back Tournament, Sporting Kansas City confirmed that one its players tested positive for Covid-19.

He received a pair of consecutive positive test results and was moved to an isolation area of the Swan and Dolphin resort where all 26 teams are staying.

They include FC Dallas and Nashville SC, which both were removed from the tournament this week because of Covid-19 outbreaks.

Sporting KC arrived on Sunday from Kansas City and underwent testing for two consecutive days upon arrival and testing for five days overall since it arrived in Florida. No other member of the Sporting KC travel party has tested positive. Sporting KC is still scheduled to face Minnesota United on Sunday.

Besides FC Dallas and Nashville SC, which have had 11 and nine players test positive for Covid-19, Columbus is the only other team to confirm a positive test for Covid-19.

After the Crew confirmed the player had two positive tests last Thursday, Crew coach Caleb Porter said the Crew went into isolation for 48 hours and didn't train last Thursday and Friday. He said the infected player has not exhibited symptoms but remains in isolation.

The Crew will open play at the MLS is Back Tournament Saturday night against FC Cincinnati.