As an American soccer fan, Mike Lynch appreciates Christian Pulisic’s talents. The 21-year-old rocketed up the ranks of international soccer, to become a mainstay of the U.S. men’s national team heading into the 2022 World Cup. 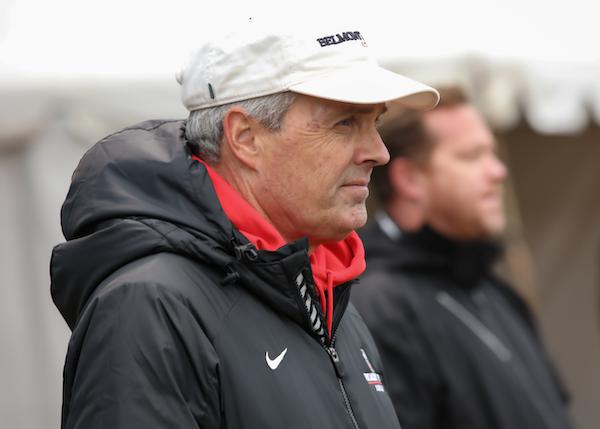 But as an American soccer coach, Lynch knows that Pulisic is special. His experience is far different than most young players here. And – once you take the very few Pulisics out of the mix – Lynch believes that for the vast majority of teenage and early 20s male and female soccer players, the American system is better than the model used in the rest of the world. According to Lynch, college (and high school) soccer offer benefits to substantial numbers of young athletes.

“We don’t have facilities like Liverpool. I get it,” says Lynch, entering his ninth season as head women’s coach at Belmont Abbey College. “But except for places like that, facilities here are better than many big-time clubs. And I’m not just talking about the Power Five (conferences). They’re everywhere.”

Lynch is also not just talking about facilities. Though the NCAA places limits on training dates and numbers of matches, Lynch calls college sessions and games “very intentional. Periodization is very planned. Players are put in a very competitive environment.”

And, he notes, the number of those players is very high, compared to other countries.

According to the NCAA, more than 25,000 men, and a comparable but higher number of women, play college soccer in the United States. Even if only a minuscule number make the national team, Lynch argues, tens of thousands of athletes gain the values of goal-setting, tenacity, teamwork and more that college soccer teaches. They spend four years in a competitive cauldron unavailable elsewhere. (The English professional soccer, including its different divisions, serves only a couple of thousand young players, Lynch says by comparison.) 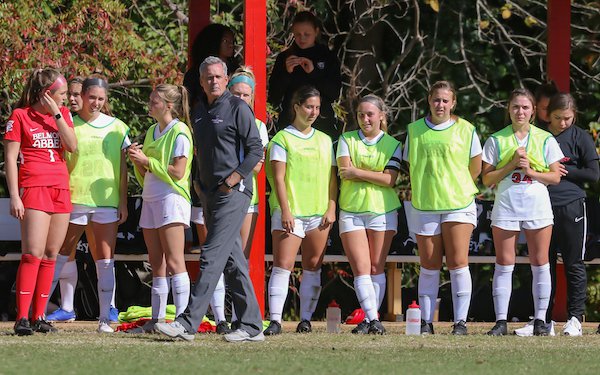 And college soccer provides educations that make those competitors very valuable in whatever work they pursue once their college careers end, the Belmont Abbey coach argues. “The U.S. is singularly unique, with a co-curricular focus. Players are student-athletes. Coaches are teachers, who teach the game along with life lessons. They imprint success for years to come.” Lynch notes that no matter where soccer players live, nearly all stop playing competitively relatively young. The American college system gives thousands a chance to do that for four years longer than their counterparts around the globe.

“Would a top young player be better off playing at Dortmund? Sure!” he says. “But it’s such a small number who ever get that opportunity.”

Lynch is well aware of the counter-argument: College soccer does not provide an environment that prepares players for success at the highest level.

He’s not buying it. The truly elite male players do develop elsewhere, he says. But they are joined and aided by players who flourished in the college ecosystem. As a women’s coach, he notes with pride the success of the U.S. team on the world stage.

So it “baffles” Lynch why U.S. Soccer “doesn’t embrace college soccer. It’s a strength, not a weakness. This is not an either/or situation, where you have to pick college or another environment, and not support both. And it wouldn’t cost them a dime.”

As someone who recruits young athletes – and whose own son had to choose between interscholastic and Development Academy soccer -- he’s equally passionate about the high school game.

“So many high school coaches are now ‘soccer people.’ They really know the game. And it’s the only place where real pickup soccer goes on today. It’s friends playing with friends, learning from them. In club soccer, everyone lives so far apart.”

Lynch knows that COVID-related questions surround the upcoming season. Many factors will determine whether Belmont Abbey – or anyone – plays this fall. He is aware too that despite his ringing endorsement of college soccer, the game exists in the shadow of football. Its substantial revenue and long cultural roots enable sports like his to exist.

“But (budget cuts and related issues) shouldn’t be taken out on the players,” he pleads, suggesting ideas like regional scheduling as a way to keep the game going this year.

“Belmont Abbey is not unlike a lot of schools. We’ve got excellent practice and game fields. It’s a professional-type environment. It benefits so many players. It’s a good thing we’ve got going here, and all around the country.”

And it’s unlike any other model, anywhere in the world.