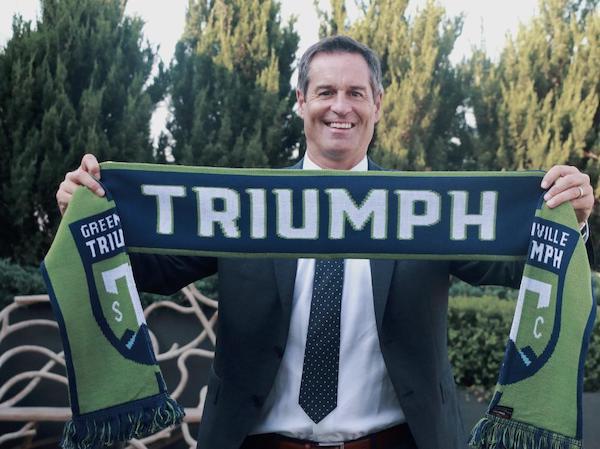 The young U.S. team lost all three games in Italy -- to Czechoslovakia (5-1), host Italy (1-0) and Austria (2-1) -- but the experience on soccer's biggest stage helped launch several of the squad's members to careers unprecedented for American players. Harkes signed with Sheffield Wednesday after the tournament and helped it win the League Cup and promotion to England's top tier. Harkes, who went on to win two MLS Cups with D.C. United, is head coach of USL League One club Greenville Triumph SC.

SOCCER AMERICA: What's your favorite memory of the 1990 World Cup?

JOHN HARKES: The realization that we had a chance to play against host Italy in the incredible Olympic Stadium in Rome. Such a passionate, historic footballing country, and we had this incredible opportunity to represent our country and make our families and friends proud.

I was able to share that moment with my Kearny friends -- Tony [Meola] and Tab [Ramos]  -- and I believe I can speak for them both, when I say that we were able to realize our dreams of playing together on a World Cup team … and that just made it so much more special.

JOHN HARKES: Competing against some of the best players in the world challenged me to improve my speed of thought, speed of play, and it certainly increased my desire and hunger to succeed and seek out a career in England to compete in the Premier League.

It certainly made me more aware of the world game, and I deeply respected the level of commitment and ability in many players. Experiencing the passion of the fans was unique and incredible. Bob Gansler was such an encouraging manager, he had a positive impact on me and my game. He possessed vision and intelligence to think ahead to 1994, and a unique ability to assemble a team to compete and qualify for 1990! He gave our nation hope. 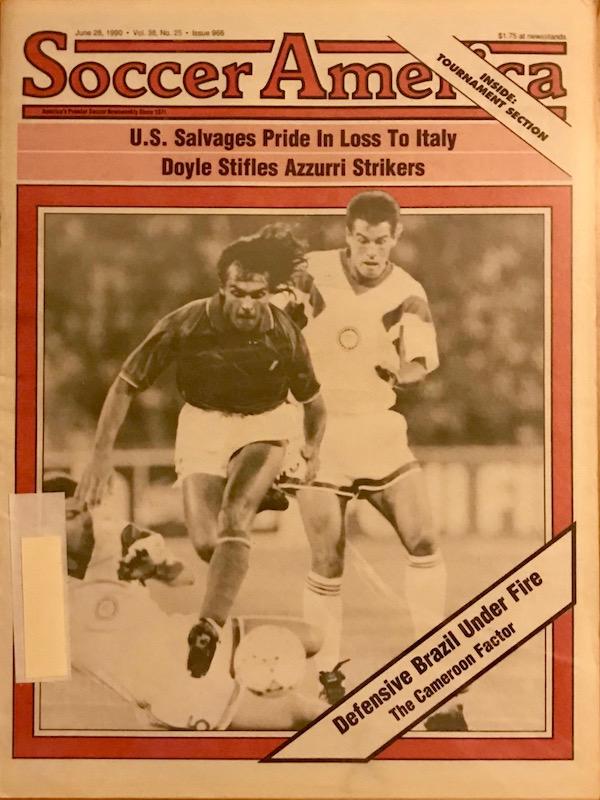 SA: Do you have a favorite off-field anecdote from your Italia 90 experience?

JOHN HARKES: We were isolated in a training camp in order to minimize distractions. Coach Gansler knew we were lacking experience and we were very young -- average age 23 1/2 years. After losing our first World Cup match 5-1 to Czechoslovakia, we were very frustrated and disappointed. That frustration and tension could not be held back any further, and it exploded in a training session days after the match. Bruce Murray and Eric Eichmann -- two former teammates at Clemson -- were competing for a ball, one thing led to another and both of them started pushing and shoving, they ended up throwing punches and getting tangled up in the back of the net.

The team gathered quickly to break it up, we actually were staring at each other for a moment  … and then broke out into laughter!

It seemed to break the tension within the team, and it was much needed! It certainly seemed to be one of those unexplained moments that helped turn around the mentality and attitude. We approached the Italy game with a much needed positive attitude, and heightened self-belief.

JOHN HARKES: The most important legacy from the USA’s 1990 World Cup team was the passion, desire, and never give in attitude of all who took part -- the players and the staff -- Bob, Joe Machnik and Ralph Perez -- we all wanted to take on the responsibility to grow the game in our country. We had just qualified for the first World Cup in 40 years!

A 40-year absence is quite a long time, and as we all discuss now and reflect back, I can easily see how much passion many of us had to continue advancing and growing the game. Most of the players continued forward with careers, and eventually became the builders of the game in the USA. Many are coaches, technical directors, administrators, leaders and teachers of the game. We recognized the platform and opportunity to grow the game, and we seized it.

SA: You were one of six Italia '90 players who started on the USA's 1994 World Cup team that reached the second round ...

JOHN HARKES: With the World Cup coming to the USA in 1994, and since we did not have to qualify, many eyes of the world would be on our team. How would we respond from the 1990 performances? Would there be any improvement?

As hosts, there would be the guarantee of added pressure to do well and compete. 1990 was a learning experience, and 1994 would be the true testing ground. As history would show, we did more than compete, we pulled off one of the biggest upsets of all time, beating Columbia 2-1 in the second game of the first round, and we advanced from our first-round group, only to lose to one of the best in the world -- Brazil, 1-0 in the second round.

I would say that we stepped up to the next level, we embraced the platform of opportunity and pushed the game forward in our country. My point is, if we did not find a way to qualify for the 1990 World Cup, then there was very little chance that our success in 1994 would happen. The 1990 World Cup experience, was, in many ways, the launching pad for major professional soccer in the USA (MLS), and it certainly inspired us to dream bigger!