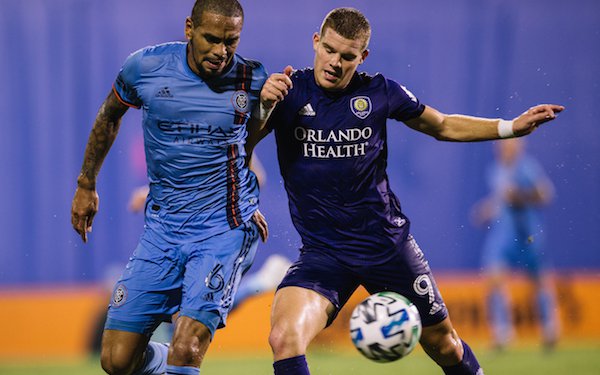 Orlando City -- the hometown team at the MLS is Back Tournament -- has already advanced to the round of 16 with two wins in two games, joining Philadelphia as the first teams to qualify for the next round.

For a team that failed to make the playoffs in its first five seasons and hasn't finished higher than 10th in the Eastern Conference since 2016, it will take small steps.

It will, for one, give head coach Oscar Pareja a fourth game in the tournament to work with his new team.

The Lions' star has been Chris Mueller, who scored in the 2-1 comeback win over Inter Miami and then added two more goals in the first 10 minutes of Tuesday's 3-1 win over NYCFC. The third-year forward out of the University of Wisconsin says he loves working with Pareja, who was a head coach in Colorado and at FC Dallas before a brief stint with Tijuana in Mexico.

"As you look at the team," adds Mueller, "our mentality is just different.”