Chicago Fire rookie Mauricio Pineda is no longer a surprise 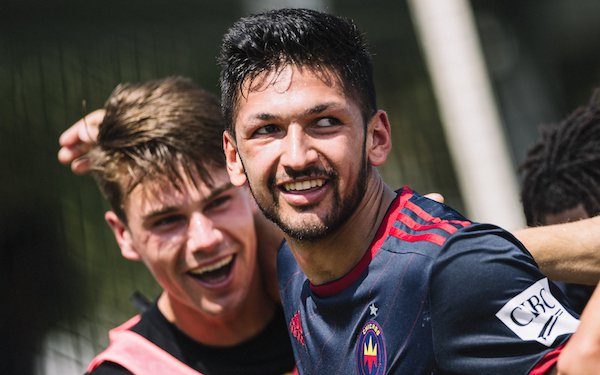 Three games into the 2020 MLS season, an early favorite for the 2020 MLS Rookie of the Year has clearly emerged.

Mauricio Pineda stayed for all four seasons at University of North Carolina before signing a Homegrown contract with the Chicago Fire, where his brother Victor played briefly before a knee injury set him back.

Mauricio Pineda started the first two games of the season before play shut down in March and had the game-winning goal and an assist in the Fire's 2-1 win over the defending champion Seattle Sounders in its MLS is Back tournament opener on Tuesday.

Fire coach Raphael Wicky has used Pineda in the middle of the backline and in midfield.

“To be honest, I didn't know much about Mauricio," says Wicky, who coached the U.S. U-17s in 2019. "I obviously saw some video clips, but I knew he was a player that came up through the academy and then left for college. Then as soon as we started, I saw the tension; I saw the talent he has, and I saw the work ethic he puts on the field."

The Fire coach says Pineda, who is 22 and eligible for the U.S. Olympic team, surprised a lot of people in the preseason.

"We are very happy about that," says Wicky. "He came back the same way after the pandemic [lockdown], so he's doing the same thing as before. We are very happy to have him in our team. That gives us a big option."