In addition to San Diego, Mission Viejo and San Francisco, Gerson Perez's childhood homes included France, Sweden, Saudi Arabia and El Salvador. Those all being places where his father, U.S. Hall of Famer Hugo Perez, played pro soccer. Home now for Gerson is Northern California, where he serves as the Academy Director of Silicon Valley Soccer Academy. The 33-year-old has been coaching since age 18. 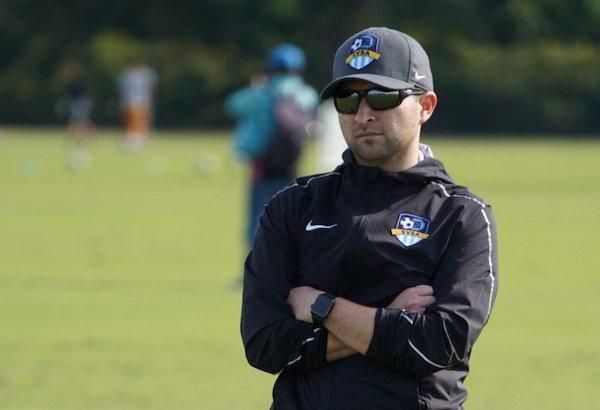 Gerson was born in 1986 in San Diego, where Hugo played for San Diego Sockers, two years after Hugo played for the USA in Olympic Games. In 1990, Hugo played for Red Star Paris and after a stint with Sweden's Örgryte IS joined Saudi Arabia's Al-Ittihad Club. Before the 1994 World Cup, Coach Bora Milutiniovic had the USA train full-time in Mission Viejo, California. Gerson grew up going to many of his dad's practices.

"I attended as much as possible," said Gerson, whom Hugo named after the Brazilian 1970 World Cup-winning midfielder. "I started in Saudi Arabia. I went to national team trainings almost every day because the training center was only a block from our house. I remember how Bora managed and interacted with players, the morale of players, and even the fights in training. It definitely had an impact on me when I became a coach. It also gave me the love for the game and wanting to stay involved in any way."

Gerson played plenty growing up, but didn't join a club until age 14 when the family -- he has an older brother and two younger sisters -- moved to the San Francisco Bay Area.

"I played soccer in every country I was in," Gerson said. "You play in the back when the team is training with the other sons of the players. In Saudi Arabia, I played with kids on the street. But never when we were traveling did I play with a club. I loved playing soccer, but in terms of that preparing me for a playing career, it was tough. I didn't have an academy environment, where you train four days like these kids I coach now. I didn't get that chance. That's why I got into coaching. I wanted to stay in the game because I loved it."

When Gerson was an 18-year-old freshman at the University of San Francisco, Hugo was coaching on the other side of the Golden Gate Bridge in Vallejo and when the U-9 coach left, Gerson took over the team. After graduating from USF with a Business Management degree, he soon started coaching full time. He also kept playing, including for one of the area's top amateur teams, El Farolito.

After serving as technical director of MVLA for four years, Gerson moved to SVSA in 2016. 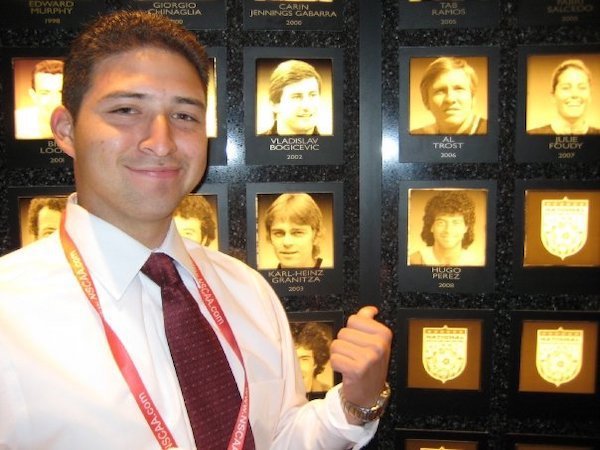 SVSA managed to heavily subsidize the players' cost, providing financial aid for 60% of the players and picking up most of the travel costs. It forged a good relationship with the nearby San Jose Earthquakes and SVSA players frequently train with the MLS club.

Then U.S. Soccer abruptly pulled the plug on its Development Academy in mid-April.

While the ECNL courted former DA clubs of both genders, SVSA became one of the 64 former DA amateur boys clubs that opted for the MLS Elite Youth Development Platform league, whose initial membership is comprised of 94 clubs.

"We felt that for the last two years, especially U-15 and up, the DA was very competitive, even in games among ourselves here in Northern California," said Perez. "Every game we had was a very good game."

As rumors of the DA's demise swirled, the Northern California clubs that competed in the DA -- as well as other DA divisions around the nation -- collaborated to figure out their future.

"The majority in Northern California felt if we could continue playing each other in the format we were in," Perez said, "that would be best for our players. It also helped that across the country, clubs were getting in these [virtual] conference meetings. Then we had a national call and it seemed we were all aligned making sure we kept that format. That drove our decision as a bloc.

"I think the biggest impact was when we met with MLS -- and were assured that the clubs would have input, and representation on committees."

The lack of input -- a sense that U.S. Soccer didn't care for feedback -- had been a major complaint from clubs about how U.S. Soccer ran the DA. Still, Perez believes the DA had important attributes.

"The DA's standards and accountability for clubs was good," he said. "It created a training and game environment that, whenever we had outside players join us, they said it felt different, in a positive way. U.S. Soccer did a good job of introducing standards."

Perez says the MLS league's starting point is to use the DA standards, but to allow for input, suggestions, and make changes when they'll be beneficial.

"That includes simple things like substitutions," Perez says. The DA rule for U-15s and above was five subs, no reentry. "That means if you take 18 players -- one is the backup goalkeeper that day -- essentially you're leaving one player out every game," Perez says. "He might as well play. And if you have back-to-back games, you need the extra legs."

The stringent coach licensing requirements, because of their expense and the travel required, created a burden on some clubs. But Perez believes requiring coaches to continue their education improves the youth game. And that it can be achieved in more convenient ways. When his club's coaches had to wait a year to take a U.S. Soccer course because of limited availability, Perez offered SVSA as a host for B license courses.

Coming up with ways to reduce travel has become more important than ever because of the pandemic. SVSA is based in Santa Clara County, part of the San Francisco Bay Area, which was the first region in the USA to go shelter in place. The Bay Area continues to have some of the strictest guidelines in the nation. But youth sports can take place by following the summer camp guidelines.

"We were shut down for three months," Perez says. "We're using the camp format. The same 12 kids must stay together for each practice with the same coach for 21 days. We took a picture of each 12-player group. When they come to training, they know exactly where to go. Their water station is separate from the other groups, backpacks six feet apart. Everything is social distancing. So lots of technical work, finishing -- no contact, no 1v1s, no games."

The pandemic has put youth soccer into a holding pattern, but Perez says the preparations are aimed for the September start MLS/EYDP is planning on.

"We have to plan as if it's starting in September," Perez said. "We may run into hiccups in August because counties and states will be at different stages. We may have to organize internal competition until we're able to enter a national or regional format."

Off the field, clubs such as SVSA have to brace for the economic impact of Covid. SVSA serves as the academy level for Palo Alto SC. It also fields players from surrounding Bay Area communities and in many cases provides access to the highest level of youth soccer to players from lower-income households.

"I think we're all now in uncharted waters," Perez says. "We've been able to help a lot of players substantially. We have to look at the model again. Everybody's going to be affected. We won't be traveling soon, so that cost isn't immediate. But we're going to have to look at more of team-by-team fundraising for players in need rather than the club supporting the whole scholarship pool of players. That's going to be harder. We're going to try to provide as much financial aid as possible.

"We've never turned a player down because of cost and we don't plan on starting. But it will take a lot of community, parent and even player effort to raise funds. We started out aiming to get rid of the notion that kids couldn't be part of the DA because it was expensive. That's still the mission of the club."