Bruce Murray's Italia '90: the highs, the lows and the bizarre

Bruce Murray's 21 goals came against 18 different nations in his 85 appearances for the USA in 1985-93. They included two strikes when the USA won the 1991 Gold Cup, the opening goal in a crucial 2-1 win over Guatemala in 1990 World Cup qualifying, and one of the USA's two goals at Italia' 90. Thirty years since the USA's first World Cup appearance in 40 years, Murray, like most of his teammates on Bob Gansler's squad, is still involved in soccer. 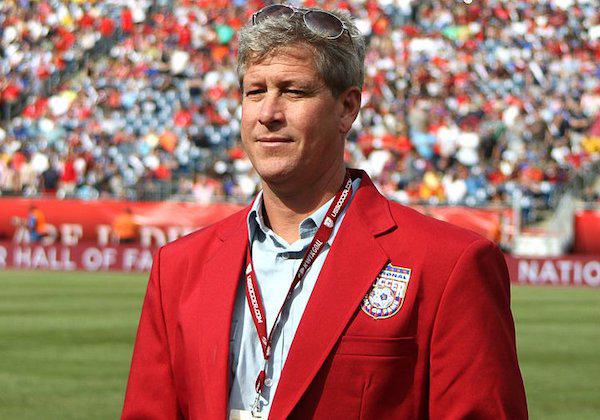 Murray, who was inducted into the National Soccer Hall of Fame in 2011, is the director of player development and parent engagement at the St. James Center for Soccer Excellence in Springfield, Virginia. He previously coached youth ball at McLean Youth Soccer, in North Carolina and Georgia, and served as Harvard assistant coach. But Murray didn't go straight into coaching after retiring from the pro game in 1995.

BRUCE MURRAY: I had a friend who was in the metals business. We were melting down aircraft grade aluminum and selling it by the truckload. It was interesting and I learned a lot in the two years I worked. But one day I decided I can't wear a tie to work everyday. I got the soccer bug back and I've been coaching ever since.

Murray's last season was with the Lothar Osiander-coached Atlanta Ruckus, which finished runner-up to the Seattle Sounders in the 1995 A-League final series. MLS launched in 1996.

BRUCE MURRAY: I had an MLS contract but failed the physical. My knees were in bad shape. When I was playing for Lothar, I could barely move. He dropped me to left back in the final. I was never a speed demon and when my knees went, I was really getting tackled and hit hard. I also had concussion issues, which I'm still dealing with. I had to get out when I was somewhat healthy.

On making the transition from pro player to youth coach:

BRUCE MURRAY: When you start coaching, it doesn't matter what you did as player -- how well you played or how bad you played. There's the evolution of coaching. Most important is patience, because the instinct is: "How did you miss that pass!?" What helped a lot -- and I think I had an instant connection with players -- is how I was coached in youth soccer by John Kerr Sr., who was always positive. I could miss every shot and he would always say, "Unlucky." There's always a next chance. And I'll never forget that. That's what you want to impart to the players, right? There's always another opportunity. Keep a positive attitude. 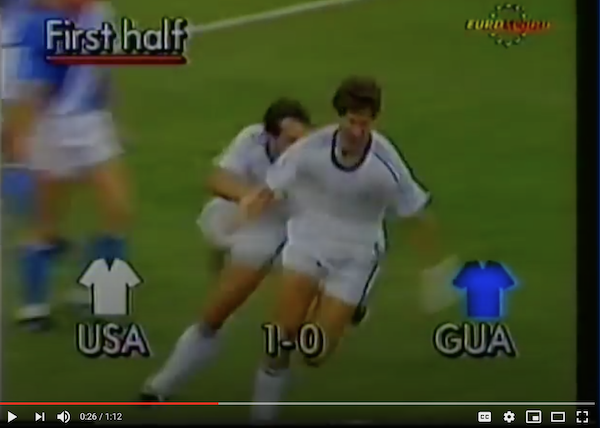 Bruce Murray scored one of the most important and brilliant goals in U.S. soccer history in a 2-1 win over Guatemala in 1990 World Cup qualifying. He smashed a volley into the net from a John Harkes cross after heading the ball to Harkes. "Obviously a great setup by John Harkes," Murray says.

Murray made his national team debut in 1985 at age 19 in a 5-0 friendly loss to England. He was 22 when the 1990 World Cup qualifying campaign started and played in all 10 games, the last of which being the 1-0 win at Trinidad & Tobago that clinched the Italia '90 spot.

BRUCE MURRAY: We took a charter flight to Trinidad and the pilot announced there's 20,000 people waiting for you. The whole way to the hotel there were throngs of people on the streets -- everyone dressed in red and dancing. On game day, it seemed like 100s of thousands. A mass of humanity. It was the most intimidating atmosphere I ever played in. It was so hot and the field was hard as a rock.

Of course, we put ourselves in a bad spot with our awful game in St. Louis, a 0-0 tie against El Salvador. At that game [two weeks earlier] it was windy and cold. I was awful and a lot of us didn't do our job. We nearly sunk our own ship.

T&T needed only a tie to qualify. The USA needed a win -- and had extra pressure because the USA had been awarded the hosting of the 1994 World Cup. Not qualifying for Italia '90 would have fueled the critics who claimed the USA wasn't enough of a soccer country to host a World Cup. Paul Caligiuri scored in the 30th minute of the 1-0 win.

BRUCE MURRAY: Paul's goal. I had the best view of it in the world. I was nine, maybe eight yards in front of him. I pull off to the right. And I'm thinking to myself I can make a diagonal run. And then Paul puts his head down and I'm thinking, what the f*** are you doing? He hits it! It has a wicked dip. It flew high and dropped. There's no way the goalkeeper is going to get it. He didn't know what was coming. The rest of the game was just survival. 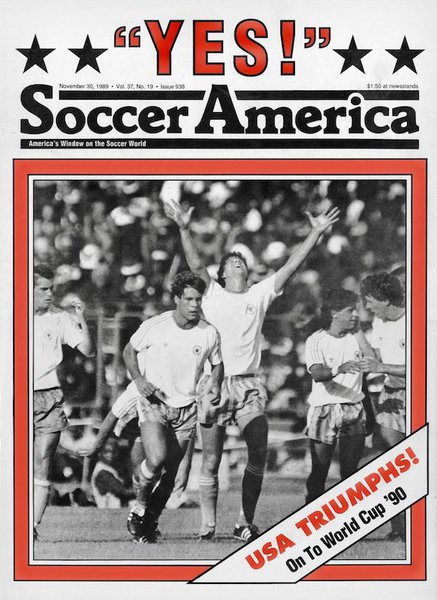 Murray started all three games at the World Cup. The USA opened with a 5-1 loss to Czechoslovakia.

BRUCE MURRAY: At the next practice, I had a big old donnybrook at practice with Eric Eichmann, my teammate from Clemson. But it showed that the team had a lot of spirit, a lot fight to it. Everyone wanted to get in the lineup, compete, and succeed.

Another rout was expected when the USA faced the host in Rome, but Italy could only grind out a 1-0 win.

BRUCE MURRAY: After the game against Italy, it was the most bizarre thing. The Italian team came into the locker room. They didn't just exchange jerseys. They sat down and there was conversation. Roberto Baggio was in there sitting next to me. In all the games I've ever played, I had never had another team come into the locker room after the game and sit around. They were drinking beer with us. They told us we had a good game plan and that we should be very proud of ourselves.

world cup
4 comments about "Bruce Murray's Italia '90: the highs, the lows and the bizarre".
Read more comments >
Next story loading