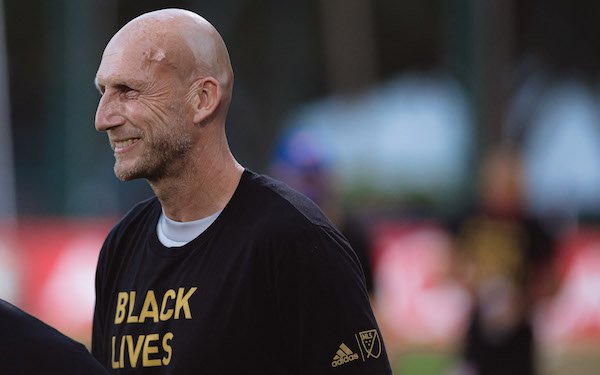 FC Cincinnati is on a roll under new head coach Jaap Stam.

It won its second game in a row at the MLS is Back Tournament with a 2-0 win over the New York Red Bulls to advance to the round of 16.

The two wins are more than FC Cincinnati had won in the last year. It finished its first MLS season with one win in its last 14 games and opened the 2020 season with three losses, including a 4-0 defeat to Ohio rival Columbus in their MLS is Back opener.

FC Cincinnati took advantage of Red Bull defensive errors to win on a goal by Japanese attacked Yuya Kubo and an own goal.

FC Cincinnati recovered from the opening loss to the Crew with a 1-0 win over 10-man Atlanta United on teenager Frankie Amaya's first MLS goal.

“Three points gives us confidence going to the next phase," said Stam. "If you’re looking at the table, [the win] gives us six points, which is very positive."