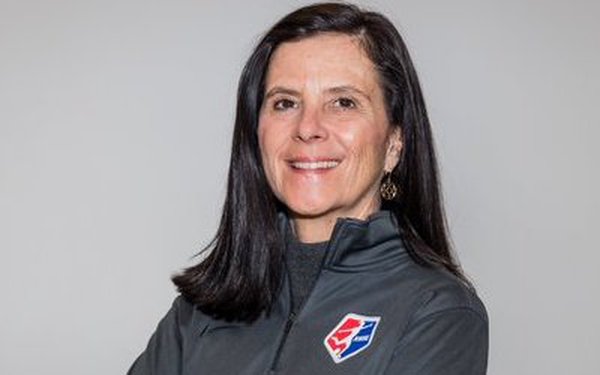 Sunday's Chicago-Houston game at Rio Tinto Stadium will complete the 23-game NWSL Challenge Cup. The tournament lost two games when the Orlando Pride had to withdraw because of a rash of unconfirmed positive test results for Covid-19 days before its scheduled departure for Salt Lake City. But since teams arrived, there have been no incidents.

"No one had done this, not us, the NBA, the NHL and the MLS," says NWSL commissioner Lisa Baird. "I think we're walking away, all of us, with confidence in the medical protocols that we put in place and they need to be updated."

The league's small size -- nine teams, eight in Utah, 10 in 2021 with Louisville and 11 in 2022 with the new LA team -- allowed it to move quickly in the ever-changing Covid environment.

“Anything that you’re doing right now," Baird said in a media call on Thursday, "you’ve got to be flexible and nimble. But our approach -- and I’m not saying it’s the right approach for everybody -- is come up with what we call the end-to-end solution. And that is absolutely about health and wellness, but it’s all also about putting together tournament or competition formats that our players can excel and thrive in. And I think the tournament format for this time was exactly the right format.”

The format -- 23 games over 30 days -- was just long enough to give an extended run with its new national broadcast partner, CBS Sports, and new sponsors, presenting sponsors P&G and Secret and Verizon, which signed a multi-year partnership. The viewership for the opening game on CBS was three times higher than the previous high in league history. Baird said the social engagement metrics for its sponsors were "off the charts." More important, Baird said was the reach of the tournament.

"It was really hard to have this tournament be short," Baird told reporters. "Four weeks is not a lot of time to win over not only avid soccer fans but casual fans. I think we accomplished that. We’re getting to that second level of casual fan -- that’s what we need to do to be successful."

Women's sports receive only a small fraction of the media fraction that mens' sports do, but Baird said she was blown away by the coverage of the NWSL and its teams and players received over the last month.

All that was achieved without the league's biggest stars. Many U.S. national team stars either didn't go to Utah (Megan Rapinoe, Alex Morgan, Tobin Heath, Christian Press and Carli Lloyd), were injured after they got there (Becky Sauerbrunn and Lindsey Horan) or had playing time limited by agreement with U.S. Soccer (Rose Lavelle). Only two national team starters -- Chicago's Alyssa Naeher and Julie Ertz -- were still around for the semifinals.

Still, Baird said the league achieved its goal of raising its profile: "I think right now that what we’re proving is that the awareness of who we are, what we are, has gone up."

The conditions weren't easy. Finalists Chicago and Houston have been in Utah for more than four weeks. OL Reign was in Montana for training three weeks before it got to Utah because it couldn't train at its home base in Tacoma, Washington.

Bethany Balcer, the 2019 Rookie of the Year, left OL Reign's game against Portland and fell to the ground with what she said was a panic attack, later saying how hard it was to stay mentally sharp and healthy in an environment like the NWSL bubble.

Players not only had to deal with the Utah heat but the turf at Zions Bank Stadium for the first 20 games of the tournament.


Baird said she was proud of the NWSL players and the intensity level they maintained.

"Life in the bubble and competing in the bubble is intense," she said, "and I'm really proud of our players and the team staffs for the quality and the excitement of the play."

The games were certainly close. The problem was the lack of scoring. Sixteen of the 22 games finished 1-0 and 0-0.

The unique nature of the tournament played a factor in the low scoring, but the NWSL will have a problem if it can't replace players like Lloyd, Rapinoe, Morgan, Heath and Press, who are all in their 30s and won't be playing forever, or Lavelle, who has attracted interest from Manchester City, according to The Athletic and Washington Post, or Australian Sam Kerr, the league's all-time leading scorer who joined Chelsea after the 2019 season. 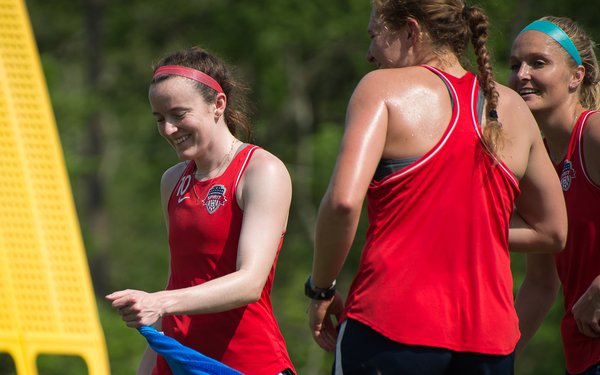 All that is a serious issue for the NWSL as its expands and faces growing competition for players from Europe's biggest clubs. But it is an issue for another day, like how NWSL teams might get back on the field in the second half of the year and what will be the medical protocols. For now, Baird can take comfort that the protocols put in place for the Challenge Cup worked. And she'll get a day off.

"My PR team has allowed me to take Monday off post-tournament," she said. "They've officially allowed me one day."