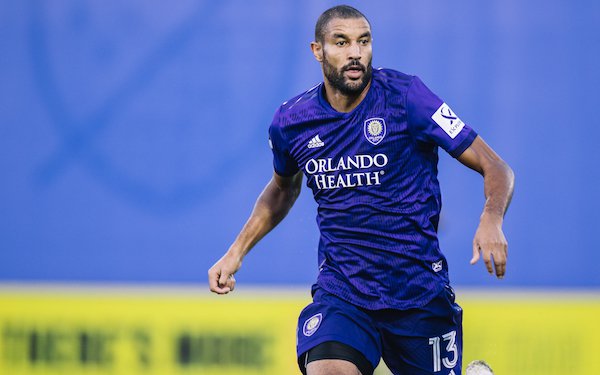 The surprise of the MLS is Back Tournament has been Orlando City.

The Lions failed to make the playoffs in their first five MLS seasons and went through three coaches. Playing with any consistency was a real problem. Orlando City didn't win two games in a row in 2019. A year earlier, the Lions went on an early-season run of six straight wins, but it was followed by nine straight losses. The rest of the season was a disaster.

Under new head coach Oscar Pareja, Orlando City has not only been one of the best teams at MLS is Back in its own backyard, its consistency has allowed it to get through rough patches, like in Saturday's 1-0 win over Montreal when it couldn't convert its first-half chances.

"We dominated the first half," said Pareja. "The boys had the personality to put conditions and set the tempo of the game early on. We should have scored a couple goals, but those are things we need to improve slowly, but the chemistry within the group was very good, especially in the first half. The second half we had a much harder opposition because Montreal came out sharper."

The Impact also changed formations, putting five in the back after the break.

"We didn’t want to move our formation or try to do something different," said Pareja. "We just wanted to give continuity to what we had and it took us probably five or seven minutes to adjust to it. I think we did and our players continued with consistency to do what they were planning to do."

The Lions' break came in the 67th minute when Tesho Akindele took advantage of a miscommunication between goalkeeper Clement Diop and defender Rod Fanni and easily scored into an empty net. Honduran Romell Quioto had one good chance for the Impact that he headed wide, but Orlando City looked confident in playing the game out.

“That was really important for us," said Akindele, "and I think that over the past few games we’ve shown that we have done a good job of doing that. We’ve had the lead and we’ve held onto the lead a few times in a row. It just shows a strong mentality, it shows good organization from the team and it just shows dedication to the cause from the front to the back."

One of nine holdovers in the Saturday's starting lineup from Orlando City's 2019 team, Akindele credits Pareja for the Lions' turnaround.

“People have asked me about this a lot and I keep saying the same thing, it’s intensity." he said. "Oscar brings just a different level of intensity than most coaches. The level of the practices is higher, the standards that are expected of us in the game are higher and even off the field these guys are watching video 24/7. They have everything prepared, they have a Plan B prepared, so I think just that intense mindset is infectious and is helping us get results.”