MLS is Back: NYCFC produces first upset of round of 16 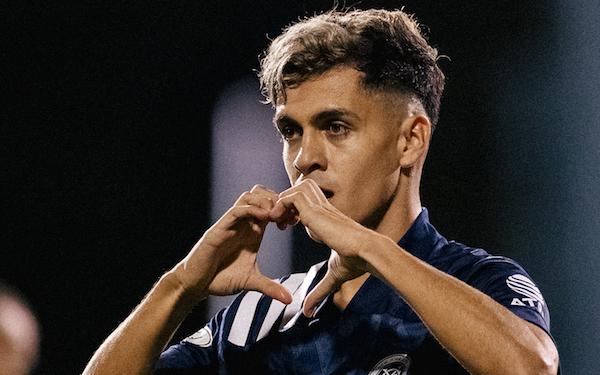 New York City FC, the last team to qualify for the knockout stage of the MLS is Back Tournament, produced the first upset of the round of 16 when it beat Toronto FC, 3-1, on Sunday night.

NYCFC barely survived the first round, losing its first two game before beating Inter Miami, 1-0, on Monday. It then had to wait until Thursday to see if it would go through as one of the four third-place teams. It looked to have been eliminated until a penalty kick by Cristian Pavon in stoppage time gave the LA Galaxy a 1-1 tie with Houston, which would have advanced with a win.

But NYCFC, which also lost its first two games of the MLS season, was the deserved winner against sluggish Toronto FC, which was missing young star Ayo Akinola, sidelined with tightness in his hamstring.

Jesus Medina opened the scoring in the fifth minute and Maxi Moralez came off the bench after Ismael Tajouri-Shradi was injured and added a goal and an assist.

"He's like a coach on the pitch," said the first-year coach. "If he gets too much space, we will have more trouble than we did today and the boys up front did a good job taking him out of the game."

Bradley, who failed to clear the ball on the play that led to Medina's opening goal, said Toronto FC's problem was simple.

"We got off to a really bad start," he said, "and from there we never really found a good way in the game"

Toronto FC had one of the tournament's most difficult schedules, playing three games in nine games when its opener against D.C. United had be postponed twice.

"I think guys are fatigued," said TFC coach Greg Vanney. "I think guys are tired. But I think we could’ve dug down a little deeper. We could’ve played better. I think if we played better, then some of the things start to feel better. But we were inefficient with the ball. We ran more. We turned over balls in bad places. That meant we had to transition-defend. That starts to wear on you. And I think some of that was the case today."

Nonetheless, Vanney gave credit to NYCFC, which the Reds have twice knocked out of the Eastern Conference playoffs.

"They were better than us," he said, "and they deserve to win, and we go home."