MLS is Back: LAFC-Seattle, a measuring stick for the Sounders, who failed 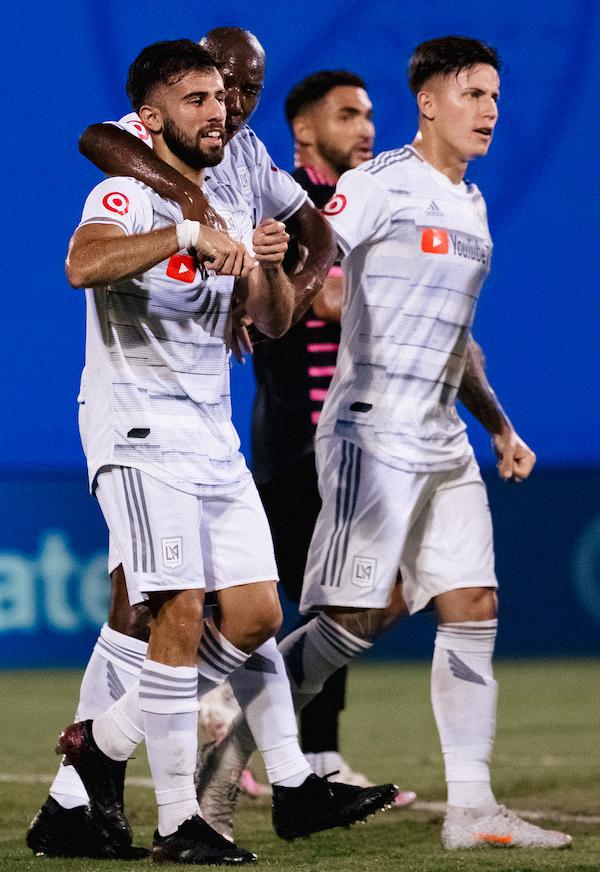 LAFC-Seattle was the marquee matchup of the MLS is Back's round of 16, a rematch of the 2019 Western Conference final in which the Sounders stunned LAFC, the record-setting Supporters' Shield winner, 3-1, en route to its second MLS title.

The Sounders had not played well in Florida, needing a 3-0 win over Vancouver in their final group match to reach the knockout stage, so a lot was on the line Monday night.

“It was a measuring stick for us," Seattle coach Brian Schmetzer said. "And we failed tonight."

LAFC won, 4-1, and could have won by a lot more if it had finished its chances. As it was, the four goals were all gifts.

Diego Rossi opened the scoring on a penalty kick after being taken down by Xavier Arreaga’s foul in the penalty area. Latif Blessing's goal in the 39th minute came on a deflection off Shane O'Neill's shoulder.

Despite being badly outplayed, the Sounders got back into the game on sub Will Bruin's goal in the 75th minute, but Arreaga and Gustav Svensson gifted LAFC two late goals scored by Rossi and fellow Uruguayan Brian Rodriguez.

“We gave them some goals," said Schmetzer. "You’re never going to beat a team like LAFC — or really any team in MLS — when you play like that."

LAFC is playing without 2019 MLS MVP Carlos Vela, but it has scored 15 goals in four games, more than double the production of any other team in the tournament besides, San Jose, which advanced with a 5-2 win over Real Salt Lake in Monday's first game.

“We created a lot of chances which is something that we feel very good about," said LAFC coach Bob Bradley said," and when we needed them to finish the game out we kept going."