Bora Milutinovic, shortly after taking the U.S. helm in spring 1991, coached the USA to its first continental title, the 1991 Gold Cup -- an unprecedented success for the U.S. national team. The USA beat Trinidad & Tobago (2-1), Guatemala (3-0) and Costa Rica (3-2) in group play. Goals by John Doyle and Peter Vermes sent the USA past Mexico, 2-0, in the semifinal and it prevailed in the final in a shootout after a scoreless tie with Honduras. 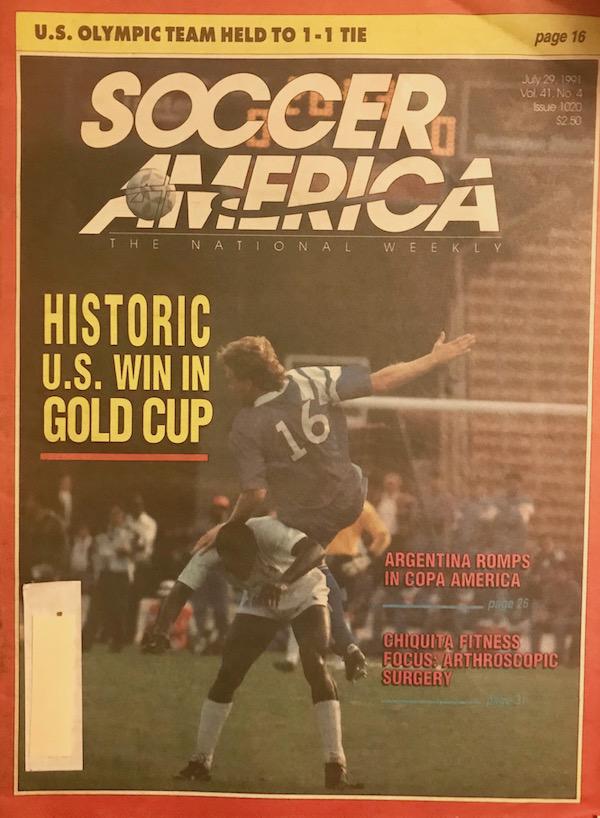 Ten members of the 1990 World Cup team coached by Bob Gansler saw action. Hugo Perez celebrated his return -- after Gansler left him off the Italia '90 team -- with a stellar play-making performance. Vermes and Bruce Murray each scored twice in the tournament. 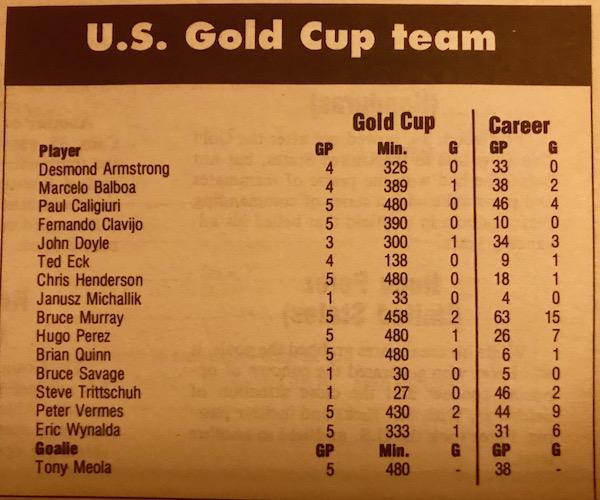 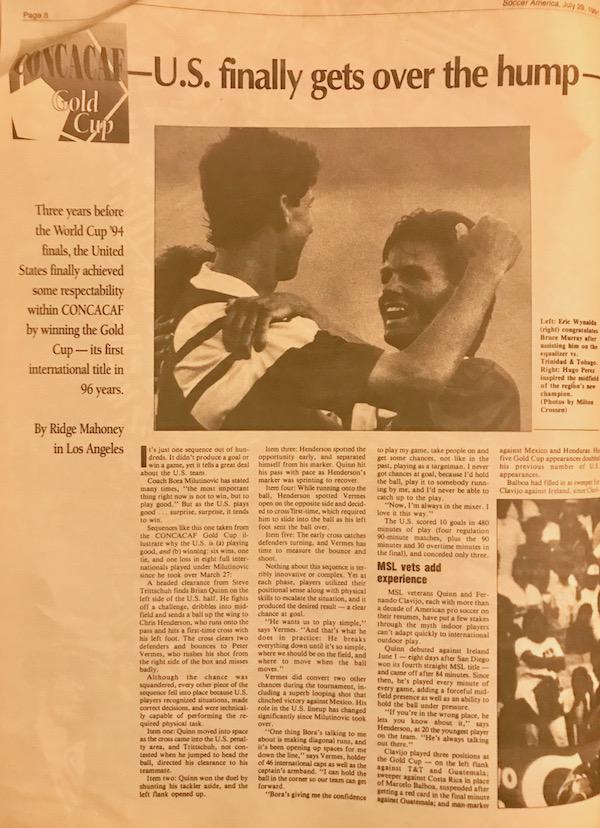 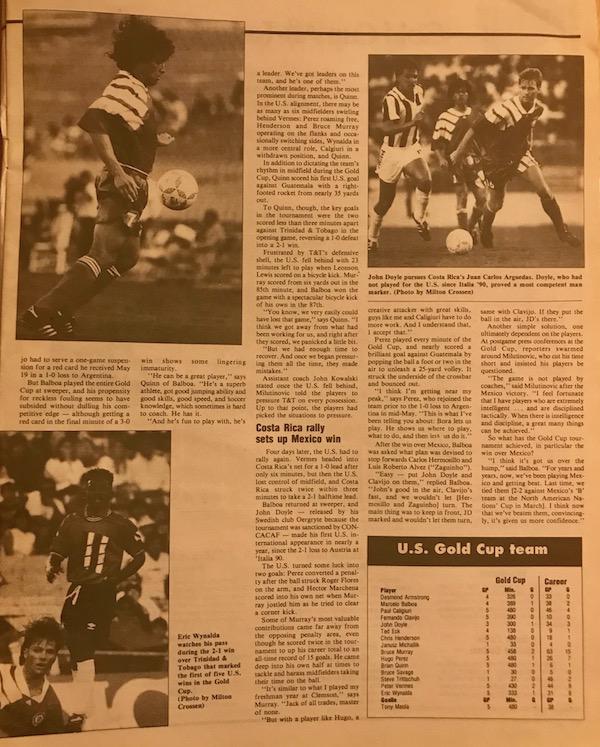 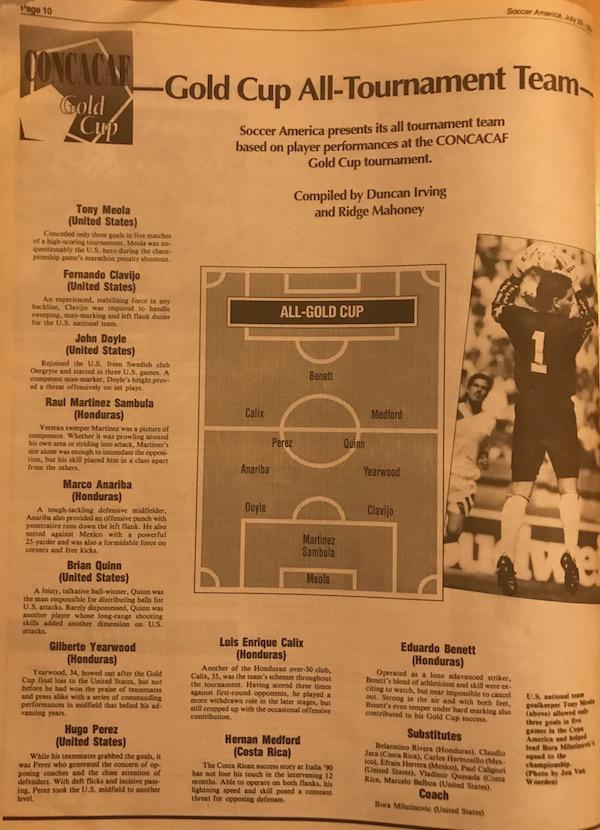