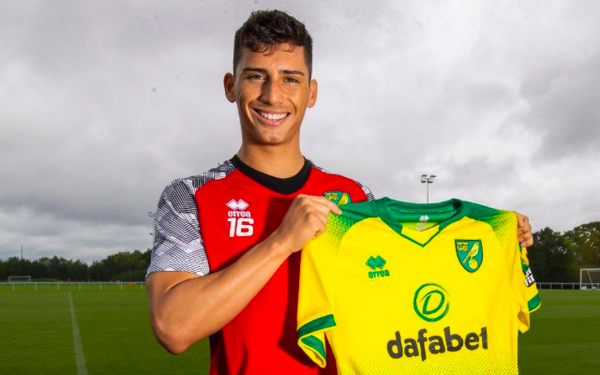 Sebastian Soto, who drew attention after scoring four goals for the USA at the 2019 Under-20 World Cup, has signed with English club.

The move comes after he became a free agent, leaving German club Hannover 96, where he played just 16 minutes in two games following its relegation from the Bundesliga.

Soto's situation at Hannover 96 deteriorated after he did not sign a new contract. He had arrived in the summer of 2018 from the Real Salt Lake academy program and was promoted to the Hannover 96 first team after a strong start with the U-19s. He made three Bundesliga appearances in 2019.

Soto, 20, signed a three-year contract with Norwich City and an option of another year but will have to be loaned out to a foreign team since he didn't qualify for a British work permit.

"It's a proud feeling. It's super exciting to join Norwich City," Soto said. "The facilities here are really impressive. From the minute I arrived here, it's given me a lot of excitement. Being a young player, it's nice to hear that the head coach gives us a chance. It was a big factor in me moving here."