MLS is Back: The quarterfinal storylines and players to watch 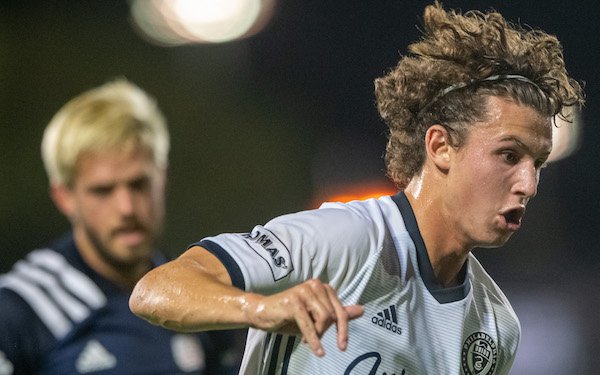 The 2019 MLS Cup champion and runner-up, Seattle and Toronto FC, exited quietly in the round of 16.

By then, the 2018 MLS Cup champion, Atlanta United, had already returned home and parted ways with its coach, Frank de Boer, after it lost all three games without scoring a goal.

The two most decorated teams in MLS history, the LA Galaxy and D.C. United with nine MLS Cup titles between them, also failed to win a game.

The MLS is Back quarterfinalists include two former MLS champions -- Sporting KC in 2000 and 2013 and Portland in 2015 -- as well as the San Jose Earthquakes, whose trophies from MLS Cup 2001 and 2003 are from the era that ended after the 2005 season when they moved to Houston. LAFC broke an MLS record in 2019 with 72 points en route to the Supporters' Shield title but it fell in the Western Conference final.

Philadelphia, NYCFC, Orlando City and Minnesota United are all teams that came into MLS in the last decade and still looking for their first trophy. Competing in MLS is Back is something they could not have fathomed six months ago when they began preseason training, but a mid-summer trophy is now something to shoot for in a year where little has made sense.

Here's a look at the pairings for the quarterfinals, which begin on Thursday and continue through Saturday.

Storyline: The opening quarterfinal will be a rematch of the 2015 Open Cup final, which Sporting KC won on penalty kicks. Tim Melia was the hero of that shootout with two penalty saves and he made two stops in the shootout on Sunday night to bail out Sporting KC, which peppered young Vancouver keeper Thomas Hasal with 35 goals but couldn't score in 90 minutes.

Player to watch: Union midfielder Brenden Aaronson is only 19 and in his second season with the Union, but his name has surfaced on summer transfer reports across Europe. Union coach Jim Curtin says the hype around Aaronson and Union defender Mark McKenzie, another European target, is real.

"It’s always flattering to have interest in your young players," Curtin said. "It’s no secret that our model is to sell our first player to Europe. Keeping Brenden and Mark humble and hungry is the job of our entire technical staff. The talent is certainly there, and if they continue to play the way they do, I’m sure some concrete offers will come in for them.”

Storyline: Orlando City, which hasn't made the playoffs since it entered MLS in 2015, has been the surprise of the tournament with its coordinated play under first-year coach Oscar Pareja. The Lions attack out of the back with Ruan and Joao Moutinho, Mauricio Pereyra has been effective as their No. 10, and Nani continues to prove there is a place for 30-plus Designated Players in MLS. For now, though, Pareja is preaching patience.

“The forwards and midfielders especially, they know that we have to be more precise in that last piece of the field," he said after the round-of-16 win over Montreal, "but we will keep working. It’s a process and the good thing is that we’re winning games and that gives us more time just to keep getting better in those aspects. It’s an ongoing project.”

Player to watch: LAFC hasn't missed a beat without Carlos Vela, who stayed home with his pregnant wife and didn't travel to Florida for MLS is Back. In his place, 22-year-old Diego Rossi has stepped up and scored seven goals and two assists in four games. Ever since he arrived from Uruguay for LAFC's first season in 2018, the plan was to move Rossi to Europe. Whether the fallout from the pandemic will delay that move remains to be seen, but Rossi has done nothing to hurt his case for a big transfer. 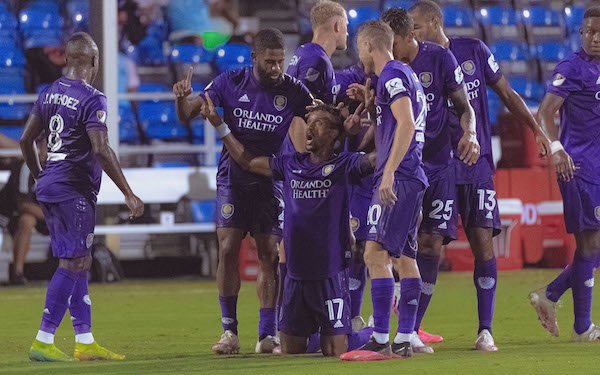 Storyline: The Loons pulled what was considered the upset of the round of 16 when they beat Columbus in a shootout after their match ended 1-1, but it shouldn't be forgotten that they are still unbeaten for the season, which included a 5-2 win at San Jose in March. Coach Adrian Heath says the Loons are a threat to beat any team in the tournament.

"We’ve got a really happy dressing room in there," he said after Tuesday's shootout win. "They’re singing the Wonderwall at the end of the game. As I said to them, before, when we were talking before the game. We’ve been here four weeks. What’s another two weeks going to take. Let’s stay in the competition. We’re here now. Let’s see if we can go and win it."

Player to watch: Chris Wondolowski is MLS's all-time leading goal scorer with 161 goals, but he is used off the bench these days by Quakes coach Matias Almeyda. All he has done at MLS is Back is come off the bench in the second half and score in each of the Quakes' last three games, 4-3, 2-0 and 5-2 wins. The goal he scored against Real Salt Lake on Monday night won't count toward his career totals -- only the three matches in group play are considered regular-season contests -- but it was probably the easiest he has scored in his career. He was standing at the far post and a ball bounced off his shin and trickled over the goal line. 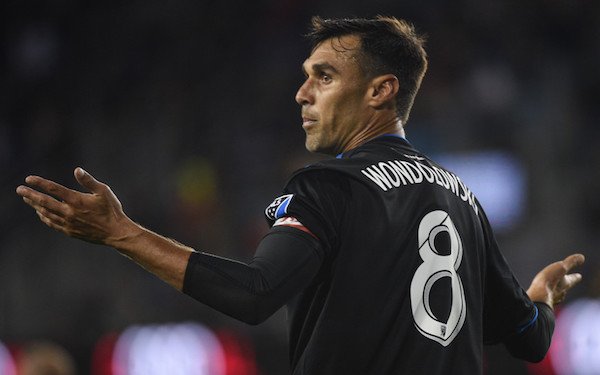 Storyline: NYCFC is the only wild-card team to reach the final eight. It lost its first two games at MLS is Back to start the season 0-4-0 but scraped past Inter Miami, 1-0, to remain alive as one of the four best third-place teams when Houston couldn't hold on to a 1-0 in stoppage time against the LA Galaxy on the final day of group play. Given a new life, NYCFC played Toronto FC off the field on Sunday, sending the Reds packing with a 3-1 win.

Player to watch: Since he arrived at Portland in 2017, Jeremy Ebobisse has faced all kinds of competition for playing time up front. Fanendo Adi, Samuel Armenteros and Brian Fernandez are gone, but even after Ebobisse scored 11 goals for the Timbers in 2019, they went out and signed two new forwards, Pole Jarek Niezgoda and Chilean Felipe Mora. Still, Ebobisse keeps playing and keeps scoring. He scored in each of the Timbers' first-round matches to help them edge LAFC for the Group F title.

“When you look at the service that I’ve gotten in this tournament, it’s been good,” Ebobisse said before Tuesday's shootout win over FC Cincinnati. “And I’ve been sharp in front of the goal so far. I’ve been happy with the progression from last year to this year, and the team is in a really good spot right now.” 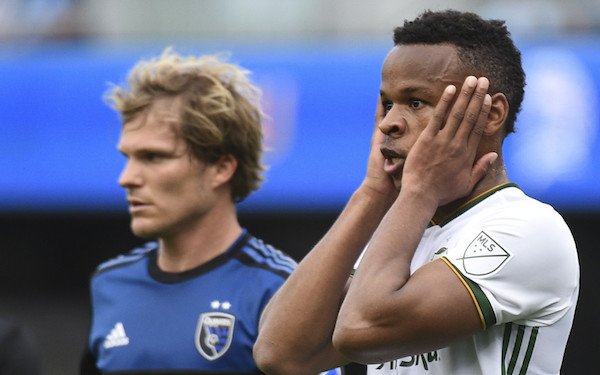