If there’s one factor above all others that thoroughly incenses me about VAR, it’s this business of dictatorial offside decisions based on millimetric measurements. 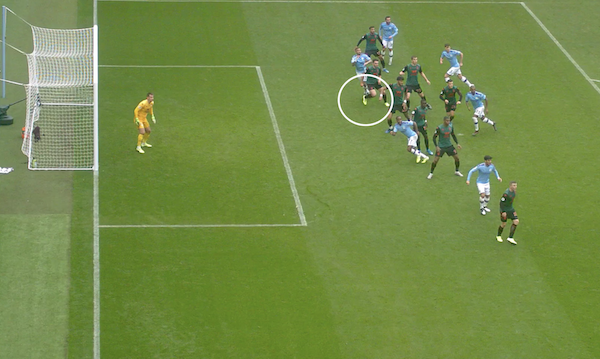 From PremierLeague.com guide to how VAR uses Hawk-Eye to make offside decisions.

However technically (read microscopically) correct they may be, they offend. First because they are beyond human scope to record, meaning that the sport is being handed over to computers, and how good an idea can

So, when a player’s big toe is offside (yes, it gets that inane) he is “interfering with play” in some massively crucial way that would not have been the case had his toe been a millimeter further back.

No one dare argue with such accuracy. Science has spoken. The decision is compliantly accepted when it is really the sort of nonsense that deserves to be ridiculed.

Now, there comes a rare opportunity to let fly with some ridicule. VAR has goofed. Whoopee, the arrogant perfectionists have been caught with their pants down. I’m hoping they will get punished -- and in the process taken down a peg or two -- but I suspect they’ll wriggle out of this mess.

Here’s how they messed up during an English Premier League game on June 17 between Aston Villa and Sheffield United -- a ghost game with no spectators.

During frantic first-half goalmouth action, Aston Villa goalkeeper Orjan Nyland clearly carried the ball over the line and into his own goal. The replays made it unarguable: goal to Sheffield. But play continued. Referee Michael Oliver did not signal a goal. And, to utter bewilderment, VAR did not intervene.

Shortly after the game, though, Hawk-Eye -- the video system that VAR uses to record everything in sight -- was heard from. Hawk-Eye had to admit that, despite its seven cameras (right, SEVEN) positioned around the goalmouth, not one of them had come up with a clear view of the incident. There were apparently too many players in the way. Never happened before in over 9,000 games. 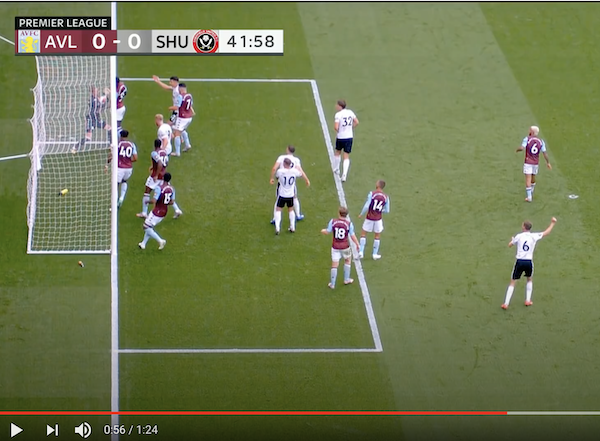 Possible, I suppose, but as an excuse it sounds a bit far-fetched when you consider that regular TV (which certainly wouldn’t have had as many of seven cameras around the goal mouth) immediately came up with a very clear replay of the incident.

Hawk-Eye’s explanation quickly turned into an abject apology: “Hawk-Eye apologizes unreservedly to the Premier League, Sheffield United and everyone affected by this incident.”

The game ended 0-0, meaning that Villa, in danger of relegation, had eked out a valuable point. As it happened, at season’s end that single point was what saved Villa from relegation -- giving them 35 points, whereas Bournemouth with only 34 points went down.

That certainly gave Bournemouth food for thought. The point that saved Villa (and condemned Bournemouth) had resulted from the VAR gaffe. Bournemouth was now definitely at the head of those “affected by this incident.”

The club is considering legal action against Hawk-Eye for compensation. The reasoning is logical, but it involves a couple of significant “ifs.”

It goes like this: Villa picked up a point for tying Sheffield 0-0. But Sheffield was denied a legitimate goal by the VAR error. So, IF the goal had been allowed, and IF the game had finished as a 1-0 win for Sheffield, then Aston Villa and Bournemouth would each have ended the season with 34 points, but Bournemouth would have moved above Villa because of a superior goal-difference (-25 to Villa’s -27). Bournemouth would have held on to its Premier League status, while Villa would have been doomed to the drop.

Bournemouth will know that its chances of regaining EPL status are close to zero. No sport is going to re-adjust its standings on the basis of what might have happened. The fear of setting a precedent that would produce an avalanche of demands to replay games, or adjust scorelines, is surely justified.

But it is possible that Hawk-Eye is vulnerable to pay compensation (the financial loss of being excluded from the EPL is considerable) - not least because it has publicly admitted its error, plus that apology to “everyone affected by this incident.”

My feeling is that Bournemouth will probably decide that challenging Hawk-Eye (and implicitly the whole FIFA-backed VAR system) is a long-shot that is simply not worth the effort.

Which is understandable though -- seen selfishly -- disappointing. I would be greatly pleased to see VAR hoist with its own petard of relying on small measurements -- not unseen millimeters in this case, but just a slight variation in goal-differences.

I have a nice rose-colored version of what might happen. First, an out-of-court financial settlement. Then, as my fantasizing balloons, a rewriting of the offside rule, requiring clear daylight between defender and attacker before a call is made, and then a repentant VAR graciously admitting that it had been behaving idiotically in dealing with millimeters.

I’ll admit I don’t expect my wishful thinking to get too far. But I wish Bournemouth luck, should they decide to seek compensation from Hawk-Eye, VAR and the rest of the millimetric mob. Bournemouth has been victimized -- by the sport it supports. It deserves better.