The American soccer community's biggest annual gathering -- held annually for more than seven decades -- won't be the same in 2021. United Soccer Coaches has announced that its next convention, scheduled for Anaheim, California, will be an interactive digital event. The nation's inability to cope with COVID-19's spread has created too much uncertainty for United Soccer Coaches to ensure a safe hosting of the indoor event that attracts more than 10,000 people.

“While the loss of an in-person event is disappointing, we are excited to deliver our Convention in this new interactive digital format for 2021," said United Soccer Coaches CEO Lynn Berling-Manuel. "This continues as a remarkable opportunity to unite coaches and the larger soccer community across the country and around the world. Now, it’s from the convenience of their own homes and will still foster a real sense of personal connection in these uncertain times.”

Founded in 1941 as the National Soccer Coaches Association of America (NSCAA), it grew into the world's largest coaches organization, with more than 30,000 members. Next January's convention was to take place in Anaheim, California, January 6-10. The new version aims to replicate the in-person event as much as possible. 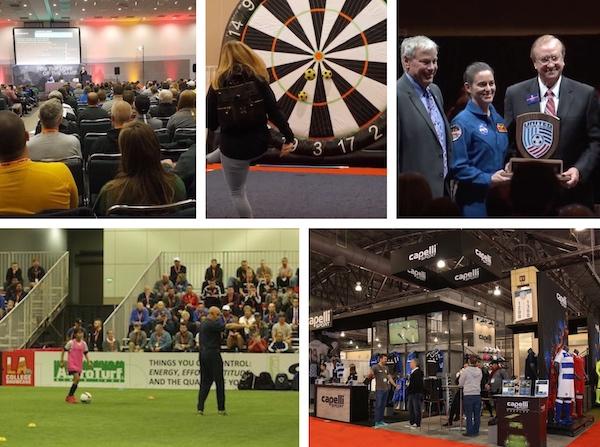 In addition to some 6,000 coaches who attend seminars and clinics and roam a giant exhibit hall with myriad vendors of apparel, camps, tournaments, training equipment, scheduling software, analytics tech, etc. -- hundreds of youth, high school and college players arrive to receive their all-America certificates, and ceremonies are held for coaches and others who have made extraordinary contributions to the game.

Amid the convention's original Jan. 6-10 dates, attendees can choose from the daily schedule of lecture, field, and round-table sessions, and can access interactive features for conversation between peers and the presenters. Attendees will have access to digital networking events and awards ceremonies.

In 2017, United Soccer Coaches announced a convention hosting schedule through 2032 involving five cities: Philadelphia, Chicago, Baltimore, Anaheim and Kansas City. The 2021 convention was supposed to be the first of three stops in Anaheim.

"During this time of unprecedented interruption in our lives, we can always find comfort in the soccer community we are tied to." United Soccer Coaches President Kevin Sims said. "With change comes the opportunity to create, and the association is well-equipped and committed to create an unmatched digital experience to deliver to its 2021 Convention attendees."