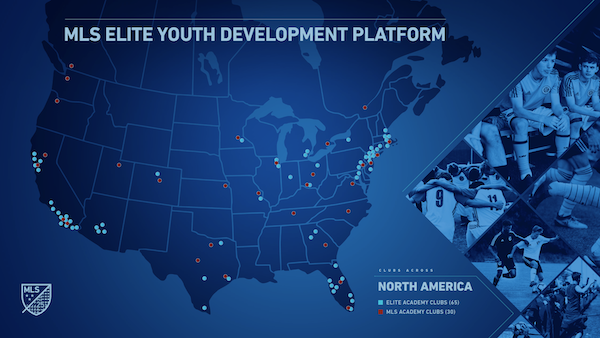 “The spirit of this platform is ensuring representation across the entire soccer landscape and at every level of the governance structure," said Fred Lipka, Vice President and Technical Director of MLS Player Development. "Seeking input from all members and catering to players from diverse backgrounds is at the core of this platform. We are excited to welcome these academies and thousands of elite players to join our Founding Members in this competition with the first stage of expansion and look forward to additional expansion in the years to come."

Conference Chair leaders will serve as representatives for all clubs within their divisions. Leaders in the five Working Groups will submit recommendations and policies on behalf of all member clubs to the Executive Committee, Platform Management, and MLS League Office "for implementation into the platform." Representatives from MLS and other clubs will comprise the Executive Committee.

The MLS Player Development Department admitted the 19 additional academies based on geographical considerations, and evaluated on "their inclusivity of players from all backgrounds and commitment to the highest level of player development standards, including":

MLS's announcement noted that the competition schedule will be announced at a later date.