Christian Seifert: German soccer will have to 'reclaim normality in small steps' 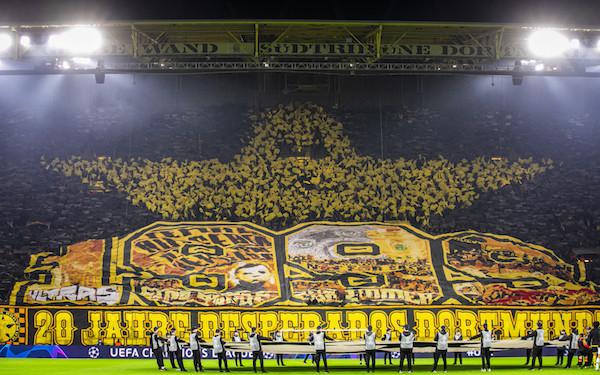 The German Bundesliga, the first major European league to resume play in May, hopes to allow fans in the stands when the 2020-21 season kicks off on Sept. 18.

But it will be solely up to how the coronavirus is trending in Germany and the view of its political leaders about reopening stadiums. The first German schools opened with full classroom learning on Monday for the start of the new year, but Germany remains very cautious about the coronavirus.

“If and when fans will return to the stadiums is not a decision for the DFL but for the political leaders,” German Football League CEO Christian Seifert, who spearheaded German soccer's successful restart, said. “The DFL does not expect or demand anything but we are preparing to take this small step when the time comes. Priority is not full stadiums but the health situation. We should not take unnecessary risks but we should also not capitulate and just expect it to go away.”

Among the DFL proposals:

-- No ticket sales to visiting fans, suspending the requirement that 10 percent of a club's available tickets be set aside for visiting fans at least through the end of 2020. The move is intended to reduce the number of fans traveling across Germany and potentially catching or carrying the coronavirus.

-- No fans in standing areas until Oct. 31. The move will allow clubs to adopt and adjust match-day protocols for fans in the stands and make it easier for the fans to comply with social distancing and hygiene standards.

-- No alcohol sales before Oct. 31. And after that they will only be allowed with the approval of local authorities.

-- Plans for contact testing must be in place. If infections occur, clubs will have to be able to quickly identify potentially and actually affected fans.

“Professional football can only come back in steps," Seifert added. "There is no magic switch for politicians to give the green light for full stadiums. That will happen in steps. We will have to reclaim normality in small steps.”