MLS is Back: Raymon Gaddis has been Union leader on and off the field 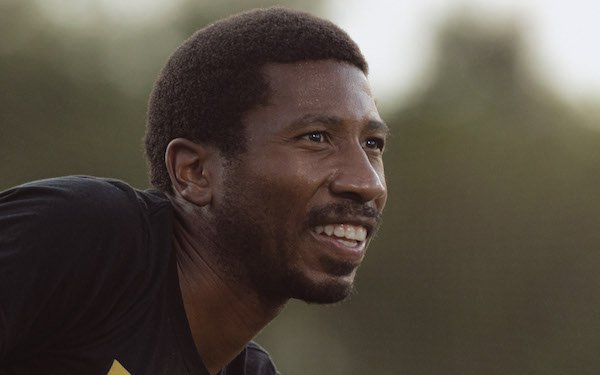 One of the unsung heroes of the Philadelphia Union's run to the MLS is Back Tournament semifinals is right back Raymon Gaddis.

Gaddis has played every minute of all five games for the Union, whose 4-0-1 record is the best in the tournament.

Gaddis is the Union's longest-serving player, arriving from West Virginia University in 2012, the club's third season, and his experience at right back has been critical on a young team that has its ups and downs. The Union was the underdog in the quarterfinals, but dominated Sporting Kansas City with a 3-1 win that has propelled it into the category of favorites in the semifinals against Portland.

Sergio Santos with two goals and an assist and young Brenden Aaronson with his assist on Santos' second goal got all the headlines, but Union coach Jim Curtin, not for the first time at MLS is Back, singled out Gaddis after the game.

"If there is a Best Xl for this competition," Curtin said, "or whatever it might be, I think he has to be on it, because it is five games now that he shuts down the entire left-hand side of the opponent. It tends to fly under the radar but he is playing at an incredible level both without the ball and with the ball."

Indeed, Gaddis has no goals and just nine assist in 211 MLS games, but he was involved in the attack that led to the first goal against Sporting KC scored by Jamiro Monteiro.

'It makes me proud as a coach' The Union has been one of the visible MLS clubs in its support of Black Lives Matter at MLS is Back, and Curtin has credited Gaddis for his leadership.

“Guys that are out on the front lines, being active, protesting, engaging in conversation, speaking their mind, it makes me proud as a coach," Curtin said in June, "because I learned a ton from those guys as players on and off the field. They’re winners, they’re great people.”

Gaddis was in his hometown of Indianapolis in June following the killing of George Floyd and participated in the protests.

I promise to continue to use my voice and my platform regarding the continual injustice displayed in America for African Americans. I was glad to march and participate in a die-in for 8 minutes and 46 seconds in solidarity with fellow clergymen and women protesting not only the death of George Floyd but also those who have been slain unrightfully for years with out justice. I also want to convey as black man in America with a heavy heart, vandalism by interlopers is hurtful to the bringing justice/improving policing policies. While also mending interactions with-in not only my community but across the country. The actions of rioting and looting drowns out the important message to a populous in denial of injustice. #faithinindiana #pentecost #justiceforgeorgefloyd #justice #seekjustice


Gaddis spent time in Indianapolis with his grandparents, James Darty and Aletha Mae, who both contracted Covid-19. Darty, a pastor, survived; Mae did not. He says Mae followed his career closely, and now she's his guardian angel.

"She was protecting me and ensuring my health because she knew something was going on with her," he told PhiladelphiaUnion.com. "I assure people that you can do everything right -- she distanced herself from people, took all the necessary precautions -- but this disease can get anybody.”
mls
Next story loading