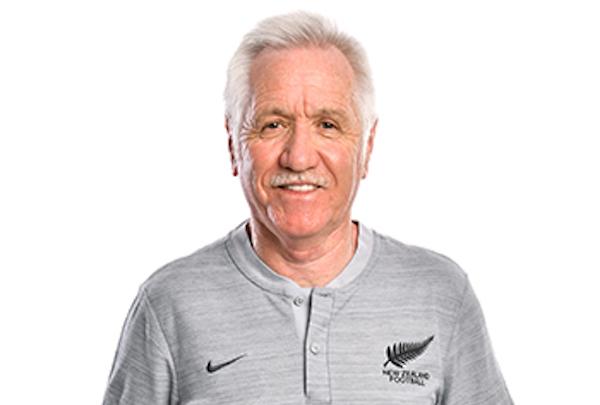 He wasn’t fired because of results. The only two games the U.S. women lost in his 15-month tenure were at the 2014 Algarve Cup.

The narrative that Sermanni’s tendency to tinker with lineups led to those results falls apart when we look at the roster for that tournament. Some squad rotation during the Algarve Cup is necessary because of the compressed schedule. If anything, Sermanni was too reliant on players like Abby Wambach, who failed to convert a penalty kick in a 1-0 loss to Sweden and spoke candidly in her memoir about being physically and mentally out of sorts.

But outside the Algarve, Sermanni was indeed more experimental than the national team had typically seen. In five years, Pia Sundhage had given 17 players their first caps. Sermanni put 12 new players on the field in just 15 months, and that number might have been higher if not for onerous restrictions on “floaters” in the collective bargaining agreement at that time.

Six years later, how did those experiments turn out? Does Sermanni deserve some of the credit in developing back-to-back World Cup champions?

Here’s a look at all the players who earned their first caps under Sermanni’s guidance:

Christen Press (national team debut: Feb. 9, 2013): Press had been called into camps and was an alternate for the 2012 Olympics without having been capped. She scored two goals in her debut and is sitting now on a total of 58, including a vital strike in the 2019 World Cup final against England.

Kristie Mewis (also Feb. 9, 2013): Perhaps no player was hurt more by Sermanni’s dismissal than Mewis, who has earned all 15 of her caps so far during Sermanni’s tenure. Her strong performance in the NWSL Challenge Cup might earn her a look from Vlatko Andonovski.

Julie Ertz (also Feb. 9, 2013): Arguably the best player for the U.S. women in 2019, the center back and defensive midfielder was still a college player for Santa Clara when she made her debut. 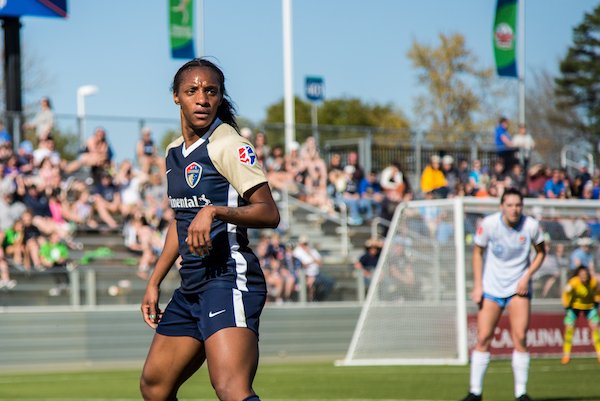 Crystal Dunn (Feb. 13, 2013): Another player who was still in college (North Carolina) when she debuted, Dunn is one of the most versatile players the U.S. women have had. She has been a mainstay since being omitted from the 2015 Women’s World Cup and tearing up the NWSL that season.

Lindsey Horan (March 8, 2013): The first big-name player to skip college and go pro, Horan was with Paris Saint-Germain when she was first capped and is now one of several powerhouse central midfielders on the national team.

Ashlyn Harris (March 11, 2013): The 2011 WPS goalkeeper of the year finally made her national team debut at the Algarve Cup and has been either the second- or third-string goalkeeper ever since.

Morgan (Brian) Gautrat (June 6, 2013): A rising junior at Virginia when she made her debut, Gautrat jumped into the 2015 World Cup midfield when the team was briefly short-handed and made it impossible for Jill Ellis to remove her from the starting 11. She has struggled with injuries and inconsistency in recent years.

Leigh Ann (Robinson) Brown (Sept. 3, 2013): The NWSL’s launch gave Sermanni a chance to evaluate players like Robinson and FC Kansas City teammate Erika Tymrak, who debuted in the same game. Robinson played once more later in the year but never appeared again before her retirement in 2015.

Erika Tymrak (also Sept. 3, 2013): Sermanni brought her back for one more appearance in 2014, but she still only played 108 international minutes before retiring in January.

Amber Brooks (Nov. 20, 2013): Europe-based players were still in Sermanni’s radar despite the emergence of the NWSL, but the Bayern Munich midfielder has only played once for the national team.

Sarah Hagen (March 5, 2014): One of the few inexperienced players in the ill-fated 2014 Algarve Cup campaign, the Bayern Munich player has the rare distinction of suffering a loss in both of her national team appearances, but her total playing time of 19 minutes should render her blameless. She retired in 2018.

Samantha Mewis (March 7, 2014): The rising senior at UCLA also played in the two Algarve Cup losses and took a couple of years to establish herself in the national team but had an excellent World Cup in 2019.

All told, of the first seven newcomers Sermanni introduced into the side, five have had a significant impact in major tournaments, a sixth (Harris) is an important backup, and the seventh (Kristie Mewis) is still playing impressive soccer. The last person he brought into the lineup, Samantha Mewis, has also been an important national team player.

That’s not a bad record, and it’s not as if Sermanni overlooked obvious talent that got a chance when Jill Ellis took over. The only players to earn their first caps between Sermanni’s ouster and the 2015 World Cup were Allie Long and Alyssa Naeher, with Naeher displacing Jill Loyden as the No. 3 keeper in time for the Cup.

The most startling statistic: Of the 23 players on the 2019 World Cup roster, seven debuted during Sermanni’s 15 months in charge. That’s two more than the Pia Sundhage years and only two fewer than the five years between Jill Ellis’ hiring and the Cup.

How much of a factor Sermanni’s open door played in his ouster is debatable. Caitlin Murray’s book, "The National Team: The Inside Story of the Women Who Changed Soccer," notes player meetings with Sunil Gulati and concern over Sermanni’s laid-back attitude, a change from the firm grip Sundhage held when she wasn’t singing and strumming a guitar.

Players weren’t used to Sermanni’s tone. But neither were they used to sitting out while college students and NWSL standouts auditioned for their jobs.

Even Ellis, who managed the team’s egos nearly as well as Sundhage did, struggled to rise up to the challenge of making long-tenured team members from getting too cozy in their positions. In 2015, Ellis nearly paid the price for giving too much of a role to the creaky Wambach. In 2016, she gave an unfit Megan Rapinoe one of the 18 spots on the Olympic roster even though she couldn’t play more than 30 minutes at a time. Carli Lloyd unfathomably bristled at the smaller role she played at the World Cup even on a deep championship team in which Press and Horan had better cases to play more than they did.

And that precedent -- along with the standout play from Kristie Mewis, Shea Groom, Ashley Sanchez, Savannah McCaskill, Alana Cook and a gaggle of goalkeepers at the NWSL Challenge Cup -- should keep U.S. veterans from being complacent heading into what we hope is an Olympic year.