MLS is Back: Mauricio Pereyra is making things happen for Orlando City 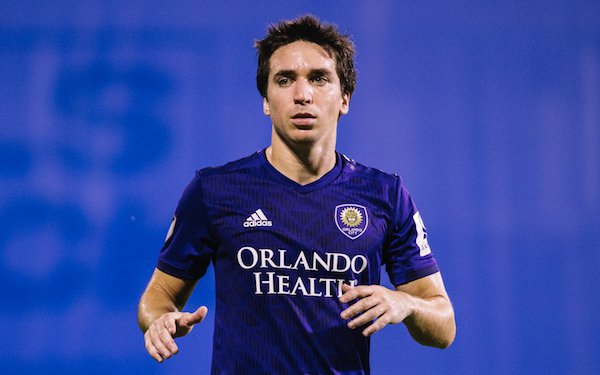 Uruguayan Mauricio Pereyra went under the radar as a Designated Player signing near the end of the 2019 summer transfer window, but he has emerged as a key element in reconstructed Orlando City under Oscar Pareja.

The Lions were a mess last season, and they needed a coach to fit the pieces together. They've played with poise and confidence throughout the MLS is Back Tournament. Much of the credit goes to Pareja for his work since joining the Lions from Tijuana, but a big reason for their cohesive play is Pereyra, the playmaker working alongside Jhegson Mendez and Uri Rosell.

Pereyra, 30, arrived in 2019 after seven seasons in Russia with FC Krasnodar. He was a free agent last summer and turned down offers in Spain to join the Lions, who have yet to make the playoffs since their arrival in MLS in 2015.

Like so often happens with players arriving in the middle of the MLS season, Pereyra struggled last season when he was in and out of the lineup. But Pareja said it's been a pleasure to have him in the lineup this season.

Pereyra's first goal came in the third game of the MLS is Back Tournament to give Orlando City a 1-1 tie with Philadelphia. In the quarterfinal win over LAFC, Pereyra was credited with six key passes, one fewer than all LAFC players combined. But as OrlandoCitySC.com's Evan Weston pointed out, the Uruguayan also had two tackles and four recoveries on the defensive end.

“Mauricio is creating all of the time," Pareja said ahead of Thursday's semifinal against Minnesota United. "He’s in that mode of making things happen, connecting dots and having different ideas.”