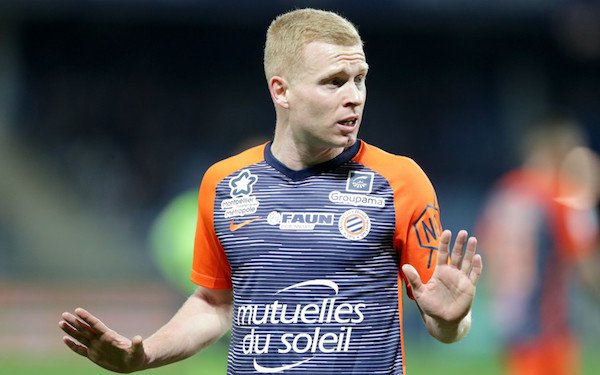 French soccer, shut down by government order in late April without having a chance to complete its 2019-20 league season, has restarted.

On consecutive weekends, the Stade de France welcomed fans for the finals of the French Cup and French League Cup, both won by Paris St. Germain to complete another triple. French authorities currently limit gatherings to 5,000, and the finals drew crowds of 2,805 and 3,500 at the giant national stadium (capacity: 81,338).

Ligue 1 is slated to kick off its 2020-21 season with its first game on Aug. 21 -- Marseille vs. St. Etienne -- with the same fan restrictions in place, but the start is threatened by rising positive counts for the coronavirus. On Wednesday, France recorded its highest number of new cases in more than two months.

In preseason, four Ligue 1 teams have been hit by outbreaks involving multiple individuals, forcing the cancellation of friendly games and training camps.

In the most serious case, Strasbourg has had nine players test positive for COVID-19, while Montpellier had one first-team player, forward Florent Mollet (photo), test positive and 15 players in its academy program are in quarantine at its youth center after they tested positive.

The outbreak followed a match between the two clubs played on July 28. Montpellier has blamed Strasbourg for Mollet's infection and the cancellation of two friendlies because it did not test its players 48 hours before the match as both teams agreed to do.

The Strasbourg positives followed a night out by its players in Geneva to celebrate the end of their training camp across the French-Swiss border in Evian. (Strasbourg says it authorized the restaurant the players ate at, not the night club visit some made later in the evening.)

In April, during the French lockout, Montpellier had one of its players, Junior Sambia, placed in an artificial coma after being ill with COVID-19 so the illness hits close to home. Sambia has since recovered.

At Lille, Renato Sanches, Jonathan Ikone and Jonathan Bamba tested positive for COVID-19 after their return from a one-week break in mid-July.

Lille, Tim Weah's club, was supposed to leave for training camp in Portugal last Saturday but called the trip off at the last minute because it was "imprudent" to leave the country due to the current national and international COVID-19 situation. In a statement, Lille said the training camp was important, but a bigger priority than its sporting ambitions is the health of its players, staff and their families.

The newspaper Ouest France reported on Wednesday that COVID-19 had "rotted" Nantes' preseason training after two outbreaks, the first involving three individuals and the second involving five. The Canaris are continuing to play friendly games but canceled a mini-camp that it planned for next week.

Nantes president Waldemar Kita had originally called for French clubs to organize training camps by isolating teams inside bubbles. That has not taken place, but his point was proven when the first Nantes outbreak followed the return of players from a short break in July.

On Wednesday, St. Etienne had its first player test positive for COVID-19, forcing the cancellation of Friday's friendly against Hertha Berlin and putting its own training camp in jeopardy.

The COVID-19 situation in France is not as bad as it was in the early spring when the country went on full lockdown and citizens were required to show papers to police with an attestation of one of the five approved reasons why they were out and about. But cases are growing, and there is a lot of fear about a second wave in the fall.

French clubs want the government to raise the capacity limit -- "la jauge" -- on fans at matches, but the French league is waiting for updated protocols from the government that will help clubs navigate the current outbreaks and at the very least allow the start of the 2020-21 season to go forward as scheduled.