MLS is back, Part II 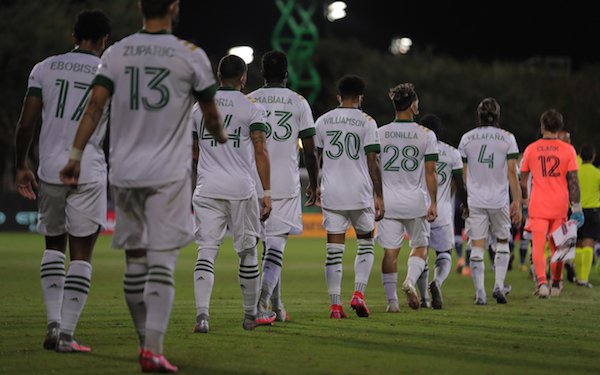 MLS is back will take on new meaning on Wednesday.

A day after the MLS is Back Tournament final between Orlando City and the Portland Timbers in Florida, MLS play resumes in home markets when FC Dallas hosts Nashville SC.

FC Dallas and Nashville SC were the two MLS teams removed from the Florida bubble after COVID-19 outbreaks and must play three extra games to catch up with their other teams in the league. (The second of the three games will be played in Frisco four days later.)

SA Confidential: MLS commissioner Don Garber on play returning to home markets and with fans in the stands -- and why return at all?

Here's an overview of what's next in store for MLS ...

Regular season. Play will resume across the league on Aug. 20, and teams will play six games in Phase 1 of the return to home markets. The plan is to play 18 games between then and end of the regular season on Nov. 8 for a total of 23 regular-season games in 2020. (All 26 teams played two games before the March lockdown, and 24 teams played three group games at the MLS is Back Tournament that count in the regular-season standings.)

Playoffs. The playoffs will start on Nov. 20, following the closing of the November FIFA window. Eighteen teams will make the playoffs -- up from 14 in 2019 -- and MLS Cup will be played on Dec. 12, the latest it has ever been played. (What will happen if for some reason teams don't all play the same number of games? Points-per-game will determine the final standings.)

Travel. The six games in Phase 1 will involve regional rivalries as much as possible. All teams will travel to matches on private charters or take buses for safety and expediency and in most cases fly or bus in and fly or bus out the same day so as to avoid hotel stays in the visiting markets. (Canadian government restrictions on travel between Canada and USA will restrict the MLS teams in Canada -- Toronto FC, Montreal and Vancouver -- to games against each other.)

Testing. Instead of working with one BioReference Lab to provide COVID-19 testing for all players, match officials and club and league employees like the league did in the Florida bubble, each club will work with a local certified lab, and all players, technical staff and essential club staff will be tested every other day, including the day before each matchday. (ESPN reported that is considering the use of rapid point of care tests than can return results in a matter of minutes.)

Fans. MLS has no blanket rule preventing clubs from having fans in the stands when play resumes in their home stadiums, but clubs in markets where fans are allowed in stadiums will have to submit plans for the league's approval. They must meet local, state and CDC guidelines to be considered. In Phase 1, only a handful of teams are expected to submit proposals.