MLS commissioner Don Garber on play returning to home markets and with fans in the stands -- and why return at all? 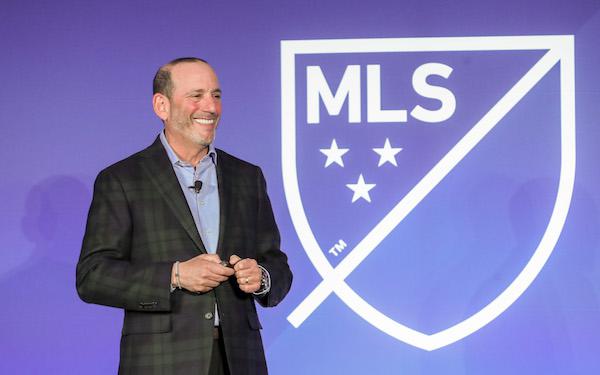 Given the COVID-19 outbreaks among players that were detected as MLS teams flew from home markets into Orlando for the MLS is Back Tournament and the rise in new cases since MLS first announced on June 10 that it was planning on resuming play, the decision to return to play in home markets on Wednesday is not without its critics.

MLS is back, Part II: What's next in store for MLS

In a media Zoom call on Saturday, MLS commissioner Don Garber faced questioning about the decision to return to home markets -- and allow fans in the stands, where permitted. Here is some of what he said.

Why doesn't MLS quit while it's ahead, given the problems other leagues have faced restarting in home markets?

GARBER: "Quitting is never an option. Think of all the challenges that MLS has had throughout its, its history. I never believe and I know our owners and staffs never believed in quitting when we're ahead. And we've not been ahead a whole lot, right? So I think in this case, we believe it's important to get back to doing what it is that we're able to do successfully in Orlando. And that's get players on the field and start to engage with our fans. And there were enormous challenges in Orlando, and there was risk involved in Orlando, and it wasn't easy. We had challenges in the beginning, just managing it day to day was difficult. So while we're mindful of the challenges of getting back into markets that other leagues have experienced, there are a handful of things that I think we learned that I am hopeful will help us.

"First, our players knew in real time, very, very early, how challenging it is, how important it is to follow medical protocols and what could happen if you don't. What happens if you don't is you test positive and you go into isolation and that is disruptive to your personal life, your family life, and certainly it's disruptive to what it is that you do for a living.

"The second is that I think that we've learned  some of the cadences of testing and some of the challenges that you need to face in terms of decision-making. We've accepted the fact that we're going to have challenges, and I think we're all dealing with this in our country, and we're dealing with this throughout the world. And I think this is something that has become a new normal for all businesses. Restaurants are coming back outdoors, that's the new normal in most cases. What we're doing here is getting it started. We believe we have a good plan. We believe our players and our staff are focused on adhering to our protocols. And if we're able to do that, we ought to be able to get our games in. And if we can't do that in a way that's safe and that's ensuring the health of our players, we'll have to address it. If it doesn't work, then we won't move forward after that period of time."

Why play now with much higher infection and death rates than in March when play was first halted?

GARBER: "It starts with our infectious disease doctors and those that are working closely with us and worked closely with us in Orlando and supported the protocols that have been put into place. And if those protocols are followed, then we will be able to protect the health and safety of our players and our staff. So I don't know how to respond to why we made the decision then versus now. We made the decision to go to Orlando at a time when nobody had any sense that the bubble concept would work.

CDC: Considerations for events and gatherings 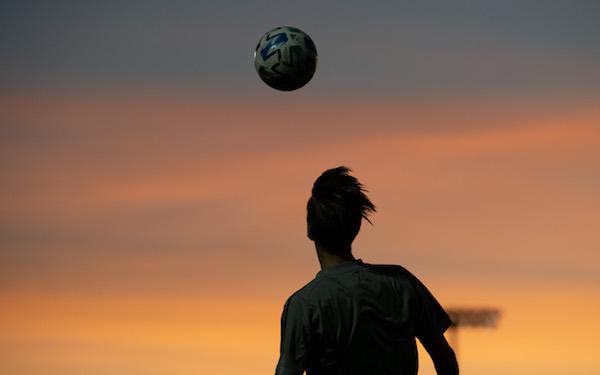 Why add welcoming fans in the stands to an already challenging situation of returning to play in home markets?

GARBER: "Our industry is one that has fans as a big part of what makes our sport work. Our fans want to support their clubs, and if they're permitted to attend sports events in other sports or in other activities, we are willing to work with our clubs if they're going to abide by those guidelines to see if we could have them attend our games. Playing matches with fans in local markets is a step towards some sense of what the new normal in sports is going to be. And we have to start, we have to give it a try. And the best thing that I could say is we're not sitting here today saying that we have all the answers. We're not saying that what we're gonna do is something that's not going to have issues. If we have issues, we'll deal with them. But we believe it makes sense for us to give it a try."

Bottom line -- will MLS teams be able to avoid the coronavirus?

GARBER: "I can't tell you whether I believe they will avoid it. I don't know that anybody could answer that question. What I will tell you is that the protocols that we have in place and the experience that our players have are going to put them into a position to understand what they need to do to do their best to avoid it. In the event that we're not able to manage the return to play in stadiums in a way that is safe and healthy, then we will have to address it at that time. And I said the same thing during the Orlando project. In the beginning of the Orlando project, all of you and the entire sports industry were counting our players and our league out.

"We had issues coming into Orlando that we were able to address [removing FC Dallas and Nashville SC]. And then we were able to finish it with two positives [one of a Columbus Crew player and another of a Sporting Kansas City player before their teams' first games] and we didn't have to cancel a game after that. As you're seeing in other leagues, when games have to be postponed in certain cases, they can be accommodated. We don't have a lot of available windows in the event of postponements, so in the event that we have challenges, we're going to have to assess where we are and if we can't get forward, we won't. But the alternative is to make the decision to not go forward and operate out of fear, as opposed to operating out of strength and out of confidence."

mls
3 comments about "MLS commissioner Don Garber on play returning to home markets and with fans in the stands -- and why return at all?".
Read more comments >
Next story loading