Solar SC, the Dallas-Fort Worth Metroplex club launched in 1976, pulled off an extraordinary 2018-19 season. It became the first non-MLS club to win the U.S. Soccer Boys DA U-16/17 title in a decade and also won the Girls DA U-16/17 title. One of only two clubs to field Girls DA and ECNL teams in 2018-19, Solar won conference titles in both leagues. With the demise of the U.S. Soccer's DA for both genders, Solar SC will field boys teams in both the new MLS youth league and ECNL Boys, in which it also previously competed. Solar's girls will continue in ECNL, and Solar will continue to field boys and girls teams under the U.S. Youth Soccer umbrella. 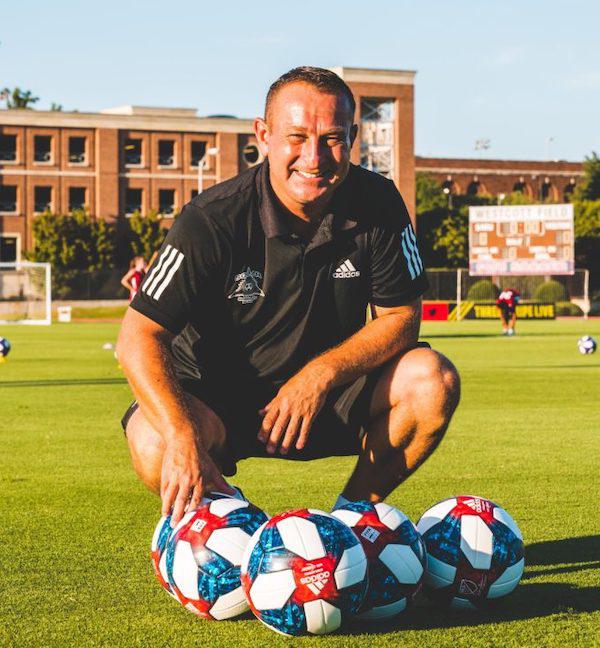 Adrian Solca, Solar SC's Executive Director of Coaching, joined the club as a coach shortly after immigrating to the USA from Romania in 1999 and has been a director at the club since 2004.

"I used to joke that the only thing I knew about Dallas were the Ewings," says Solca, whose family watched the TV show "Dallas" that aired in 130 nations, including Romania. But Solca did have an uncle in Texas, who sponsored him after his name was among the 50,000 picked in the U.S. Diversity Visa Lottery from 5 million applicants.

In Romania, Solca, who earned a physical education and sports master's degree from Bucharest's National University, served as a full-time high school teacher. His first Texas job was as a grocery store bagger.

Riding his bike home from work at Albertson's past a soccer field, he spotted two boys kicking around and engaged them in conversation. Having played throughout his youth, for Metalul Bucuresti, and for his university's team, Solca shared his desire to return to the game. That led a coaching stints with the Fossil Creek Fire and the Texas Lightning, where one of his colleagues was Chris Hayden, the current FC Dallas Youth Vice President and Academy Director. In 2002, Solca moved to Solar SC.

After Solar SC's stellar 2018-19 performances, Solca was named 2019 United Soccer Coaches Youth Coach of the Year. Early in 2020, Solar was among the many clubs that had to readjust in the wake of U.S. Soccer pulling the plug on the Boys and Girls DA in April -- in addition to navigating its way through the impact of COVID. 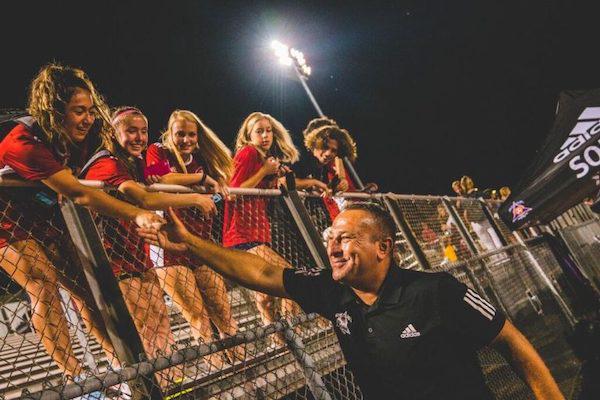 The club, which fields more than 250 teams that train in facilities through the Metroplex, has been phasing in on-field training with rigid protocol. Readjusting to the post-DA era has, Solca says, has gone relatively smoothly. On the club's girls side, which consistently sends players into the youth national team program, it meant reorganizing the rosters of teams that play in the ECNL Girls and USYS competitions.

"When the DA shut down, it was a simple decision for us to transition the Girls DA players back into the ECNL Girls, which is unquestionably the top league. We have been able to retain most of our players. They trusted our coaches in the development process and wanted to remain a part of the club even though there a lot of options in the Dallas area.

"I am incredibly proud of our Solar coaches and leadership. They have shown to manage players' and parents' concerns amid so much change. We have been able adapt to changes, which sometimes came day to day. We constantly communicated to our parents how we were going forward. It is our mission to model resilience to our players." 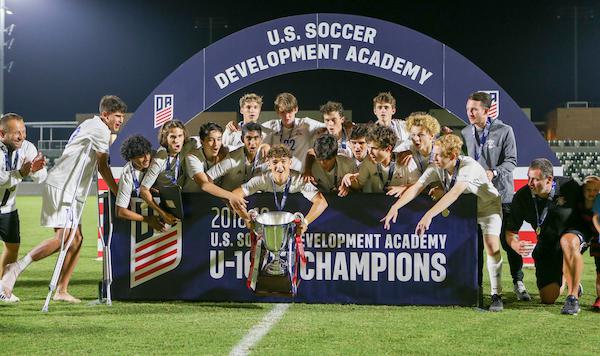 With U.S. Soccer's Girls DA struggling to compete with the well established ECNL Girls, rumors spread U.S. Soccer would pull out of the DA on the girls side. The end of the Boys DA, Solca said, came out of the blue.

"The termination of the Boys DA without notice was shocking and the lack of communication from U.S. Soccer was quite irresponsible," he said. "The Boys DA was a highly visible platform with rigorous training standards. The expectations were set for building a culture for developing the best players and it was a framework coming not just from the clubs, but coming from the top. That's what I liked about the DA."

As Solar SC's DA title proved, it was able to compete well with MLS academies, and Solca said Solar SC has a good relationship with FC Dallas, even if it meant losing players to the pro club. U.S. international Reggie Cannon spent most of his youth career with Solar SC before playing a couple of years for FC Dallas' DA team and signing as an MLS Homegrown player after his freshman year at UCLA.

"We are competitive with FC Dallas and there's good communication between our leadership," Solca said. "Obviously, there can be talent drainage [to the pro club], but I feel like that's natural."

On moving from the DA to the MLS-run youth league?

"I realize the MLS youth league will probably focus on MLS academies and that's why they started it, but really that was also the case with the DA," he said. "We've been given the impression we, the elite academies, the non-MLS clubs, will be heard. And within the last few months we have collaborated with directors in our conference and across the country.

"We really felt it was important to maintain the consistency of the DA competition by continuing to play the same clubs -- and the majority of DA clubs felt that. At this point, I feel we are in a long transition period. I understand the implementation will take time and that it requires continued cooperation and for all to be included. But I think it's super important for MLS to provide a long-term strategic vision for development.

"It won't really come to fruition if we don't have a long-term strategic plan. If we are just going to have more changes, it will confuse clubs and the parents even more."