MLS is Back finalists: Orlando City and Portland, confident, humble and proud in the image of their coaches 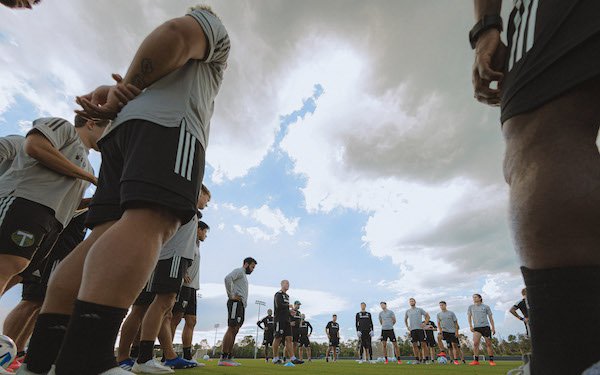 Based on what it did in its first five seasons in MLS, Orlando City has no business being in the final of the MLS is Back Tournament.

Portland wasn't exactly a pre-tournament favorite, considering how it looked in its first two games before MLS shut down in March.

But there's little doubt that the Lions and Timbers are deserving finalists in the 51-game tournament, which wraps up Tuesday night.

Both teams are undefeated with four wins and two ties, one each in shootout wins in the knockout stage. And they are coming off strong performances in the semifinals where their stars had big games.

Star performers. Sebastian Blanco's header gave the Timbers a 2-0 lead over Philadelphia, and they went on to win, 2-1. The Argentine continued his streak of scoring or assisting in every game of the tournament to give him three goals and five assists. Portuguese star Nani broke open Orlando City's game against Minnesota United with two spectacular first-half goals for a 3-1 win. He also assisted on the third goal to give him three goals and three assists in six games.

Coaching influence. But at the heart of their success is the confidence instilled in them by their coaches who have shared similar paths from South American to MLS, where they have worked off and on for more than two decades, first as players and now as coaches.

Venezuelan Giovanni Savarese, 49, attended Long Island University and played in MLS's inaugural season with the New York/New Jersey MetroStars. He is in his third season with Portland after coaching the NASL's New York Cosmos for five season. He won three NASL championships with the Cosmos and led the Timbers to MLS Cup 2018, where they lost to Atlanta United.

Oscar Pareja, 52, came to the United States from Colombia to play in MLS, first with New England in 1998, then with the Dallas Burn, where he played eight seasons. Orlando City is his third stop in MLS after two seasons at Colorado and five at FC Dallas, which won a double (Supporters' Shield at Open Cup) in 2016. He is in his first season in Orlando after spending 2019 at Tijuana in Mexico.

"We have worked hard indeed," he said after the semifinals. "It has so far been difficult times for us, but the players just put all the excuses away and then just kept going and going and I think they’re happy. They’re playing with confidence and they accept each other and they understand that this is a day-by-day growing path."

Spaniard Uri Rosell, who is in his second tour in MLS, has anchored the Orlando City midfield. He doesn't think the Lions have been lucky.

“It’s not one game or two games and then you’re in the final," he said. "We played six games and we showed consistency as a team." 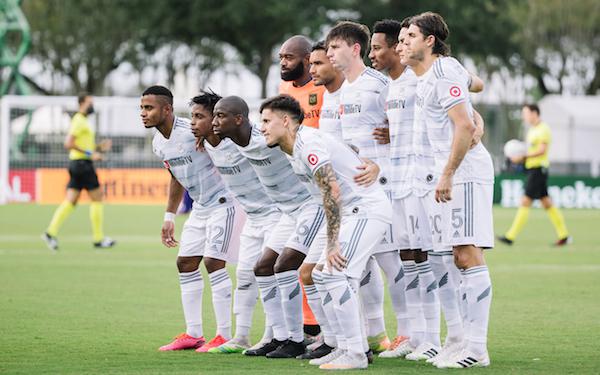 Savarese said the Timbers never doubted they could make the final.

"We have a tremendous belief in ourselves and we’re humble," he said after the semifinal against Philadelphia. "We came here with a lot of humbleness to work, to make it difficult, to achieve something important and the guys have been able to do that."

Ebobisse said the Timbers' success is a testament to the bond developed over the last three seasons and their resiliency.

"There’s a trust within the coaching staff to the players and most of the players on the field that if we take risks, because we’re good players and we can make plays, that we’ll have each other’s back," he said after the semifinal in which he opened the scoring. "The togetherness of the group that we’ve fostered over the last couple years has been really special, guys that have come in have fit in seamlessly, and now you’re starting to see more and more the benefits of what we’ve put together as a group."

Multi-national teams. Orlando City and Portland are two of the most multi-national teams in MLS. The Lions used players from 12 different countries in the semifinals against Minnesota United, two more than the Timbers did against Philadelphia. Rosell sees that a positive.

"The guys who came from different countries and different clubs," he said, "they have helped us as well to gel and we have created a good momentum and a good thing. We’re still in the building mode, but we’re proud.”

mls
2 comments about "MLS is Back finalists: Orlando City and Portland, confident, humble and proud in the image of their coaches".
Read more comments >
Next story loading