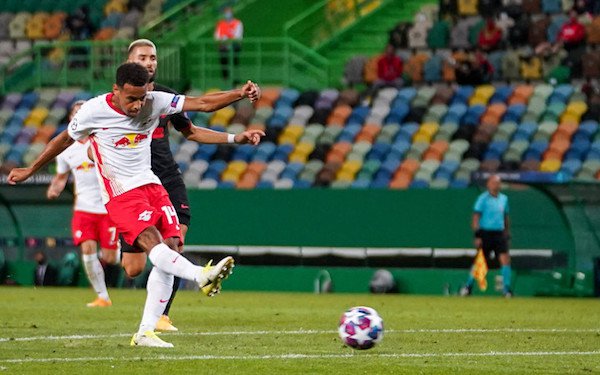 This was supposed to the season Tyler Adams broke out in Europe.

He was RB Leipzig's talisman after arriving from the New York Red Bulls in January 2019, a big part of its run to a comfortable third-place finish in the Bundesliga and a berth in the UEFA Champions League for the first time.

"We're averaging three points per game with Adams," then Leipzig coach Ralf Rangnick told Kicker in late February 2019. "Obviously that's not just down to him, but the manner in which we play when he's on the field."

Indeed, RB Leipzig played seven Bundesliga games in which Adams started through the end of March 2019, won six and tied one and allowed just one goal with the young American patrolling central midfield.

Then, Adams got hurt.

He played a couple of games in May, including the German Cup, which Leipzig lost to Bayern Munich, but was otherwise sidelined by injuries until his return four days before Christmas.

Adams missed the fall Champions League season and didn't make his European debut until March 10, two days before the sports world shut down, when he came on as a late sub in a 3-0 win over Tottenham.

Still, Nagelsman said before Thursday's Champions League quarterfinal match against battle-tested Atletico Madrid he needed a joker off the bench and was counting on Adams. But perhaps not in the role he played.

Adams entered the game in the 72nd minute and scored the winning goal in the 88th minute.

Playmaker Marcel Sabitzer played a ball down the left side to Angelino (formerly of NYCFC), who played it across the middle to Adams, trailing the play. His driving shot from the top of the penalty area deflected off Atletico defender Stefan Savic and past goalkeeper Jan Oblak to give RB Leipzig a berth in the semifinals on Tuesday against Paris St. Germain.

Indeed, the goal was his first for Leipzig and just his fourth in 132 pro games in all competitions with the Red Bulls, Red Bulls II in the USL and Leipzig. It was also the first by an American in the quarterfinals or later of Europe's top men's club competition.

“I was told that I wasn’t going to start but I needed to be ready to come off the bench and make an impact,” Adams said. “I had to get myself in the right mind-set to come out and help the team in any way possible."

Leipzig was playing the biggest game in its short existence -- it was founded in 2009 when energy drink Red Bull's billionaire owner, Dietrich Mateschitz, took over amateur fifth-tier club SSV Markranstaedt in 2009 and turned them into RasenBallsport Leipzig -- but it was without star Timo Werner.

The German striker scored 34 goals in 2019-20 but decided not to play in the postponed Champions League finals in Lisbon because of his impending move to Chelsea. Still, Leipzig found a way to win. Adams' goal was "a bit lucky," according to Nagelsmann, but the first goal scored by 23-year-old Spaniard Dani Olmo, who finished off a 18-pass sequence.

"We're not fazed by these moments," Adams said afterward. "We keep on setting expectation, and then pass it. We're only going to get better."