Foxboro is just 20 minutes from Providence, a straight shot up I-95. But there’s a state border along the way. And – during the COVID-19 pandemic -- that makes travel impossible for seven teenagers. They live in Rhode Island, but play for Massachusetts-based New England Revolution in MLS’s academy program. 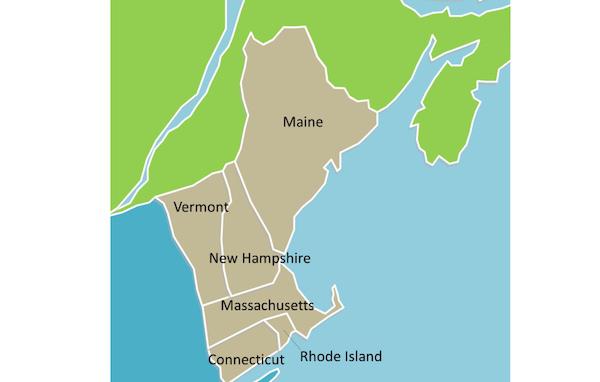 The coronavirus has forced every soccer league and club to adopt new protocols. That’s tough enough in big states like California and Texas. It’s even more difficult in areas of the country where players and teams routinely cross borders to train and compete.

Massachusetts is a prime example. Its elite clubs face opponents throughout the multi-state Northeast. Because COVID does not respect borders, health officials and politicians in the state – wedged between five others -- have imposed stringent regulations in every area of life. Including youth sports.

An entire crew of Revolution administrators – including the legal department and technical director Curt Onalfo – monitor ever-changing COVID protocols. MLS has one set of directives; state and local authorities have others.

“It’s like water. Things move one way, then the other,” says Revolution’s director of youth development Bryan Scales.

Right now, the staff is planning ways to train the seven players who, if they traveled a few minutes from Rhode Island, would have to quarantine for 14 days. As of Saturday, this coming weekend’s friendly against Oakwood in neighboring Connecticut was uncertain as well.

The MLS academy hopes to launch in mid-September. Scales thinks the opening will be “piecemeal.” But he’s not complaining:

“We have to be comfortable being uncomfortable. We like to plan ahead, but in many ways we can’t. All we can do is communicate with parents and players as clearly as possible, a week or so ahead. If it changes, it changes. Our players are just thrilled to be on the field, training. That’s the best part of the day for all of us. It’s cathartic.” 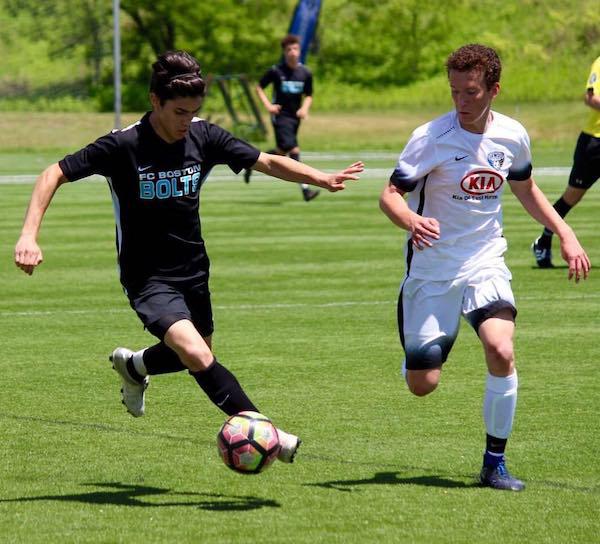 The Boston Bolts – one of the Bay State’s oldest clubs, with teams in a variety of leagues – have also adjusted. They instituted strong safety protocols, and reassured anxious parents that there would be no repercussions if they kept their young players home for a while. (None did.)

Meanwhile, says director of coaching Marco Koolman, “clubs and leagues have come together more than ever before, so kids can compete safely. Club directors have put the competitive element aside, to create opportunities for matches. Everyone is dying to play, so we put egos aside. We all know if we don’t work together, we’ll never be able to play an outside team.” Its ECNL teams, for example, travel as far as Maryland.

At least club teams are starting to train. Koolman says the Massachusetts Interscholastic Athletic Association will not make a decision on high school sports until mid-September. To fill the breach, the Bolts have organized opportunities for high school athletes – who usually don’t join their club teams until mid-November -- to train, and play intra-squad scrimmages.

Similarly, to serve older players whose college seasons have now been canceled – many of whom are taking courses online, at home – the Bolts and other clubs created U-23 teams.

Youth soccer in New England below the elite level is largely town-based. Teams do not travel out of state. But COVID has impacted every Massachusetts Youth Soccer Association member as well. Several towns have refused to give out field permits unless the organization offered modifications to its games.

This weekend, the MYSA introduced new rules for its 200,000-plus players. They include no heading, no shoulder to shoulder challenges, and no slide tackling within 6 feet of another player. Referees will quickly admonish anyone making physical contact, even incidental.

Throw-ins are replaced with kick-ins. Corner kicks cannot be taken into the penalty area, to prevent jostling. There are no walls on restarts.

“A lot of this is similar to what a team does the day before a game, when they don’t want anyone injured,” says MYSA executive director Mike Borislow.

Massachusetts is not alone. On weekly calls with the 14 other United States Youth Soccer Region I leaders – and another with the 10 largest state associations nationwide – they all share best practices.

Borislow is confident the new regulations will work. “Kids are great. They figure things out,” he says.

He goes even further, calling MYSA’s guidelines “benchmarks for other sports. We’re erring on the side of caution. We’re not looking for risky interpretations of our state’s reopening rules. We want soccer to be safe to play. We feel these are fair, equitable and manageable adaptations – and they protect our children.”

Massachusetts politicians and health officials “have the physical and mental health of all children in mind,” Borislow adds. “If they didn’t, they’d just shut youth sports down.

“We could say ‘this is not normal soccer.’ But right now, life is not normal. We’ll figure all this out with soccer, just like we’re figuring out the new normal with work, school and families.”