Orlando City SC, which joined MLS in 2015, went through three head coaches in its first five seasons as it failed to reach the playoffs. None managed a winning record. Oscar Pareja, who had spent two decades in MLS as a player and coach, took the Lions' helm for the 2020 season after spending a year in charge of Liga MX’s Tijuana Xolos. Pareja has guided Orlando to 4-2-3 start -- 2-1-2 in the 2020 standings -- and most remarkably a runner-up finish at the MLS is Back tournament during which it beat 2019 playoff qualifiers LAFC, Minnesota United and NYCFC, before falling to Portland in the final. 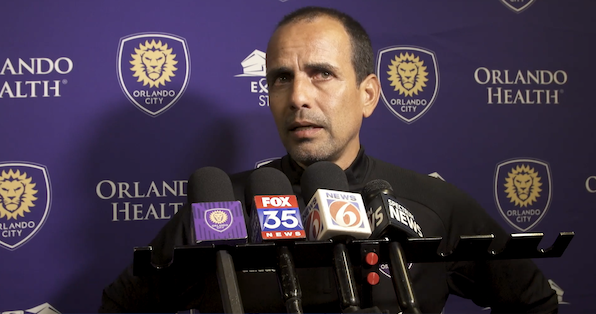 Pareja, 52, came to the USA from Colombia to play in MLS in 1998 and after eight seasons with Dallas moved into an assistant coaching position with the club. In 2008, he became FC Dallas Director of Player Development and the club became MLS’s leader in Homegrown signings. Orlando City is his third stop in MLS as head coach, after two seasons at Colorado and five at FC Dallas, which won a double (Supporters' Shield and Open Cup) in 2016.

SOCCER AMERICA: You must feel good about your start with Orlando City?

OSCAR PAREJA: I do. With all these unusual challenges that this year has brought us and trying to overcome them -- I think we're happier and more grateful than ever about competing and playing. MLS was brave to set up the tournament and did a really good job.

SA: In addition to the unique circumstances of the "bubble" tournament, Orlando City became a big story because of its impressive performance after a history of futility. You might be the only person claiming not to be surprised by the Lions' runner-up finish ...

OSCAR PAREJA: We have to give credit to the will of our players to bounce back from a bad season. What I found when I arrived was a group that wanted to be coached. That was fun for me. We provided them a structure and information and had a very good preseason. When the pandemic stopped us, it was tough, but the players took care of their bodies and stayed fit.

When we regrouped, I saw how excited the boys were and that we were building a culture that made them feel like they could be a protagonist in every game in tournament, and they could compete for a high spot in the league. That's why the results weren't a surprise to me. Now we have to be consistent and keep the same level. 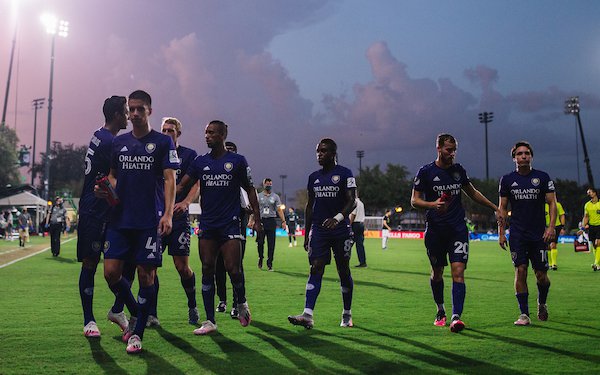 SA: Obviously, the pandemic affects everyone in various ways, but are there unique challenges for foreign players during such a crisis?

OSCAR PAREJA: It's a good question because sometimes we don't think about the challenges for players from different countries. Being confined in an apartment or in the "bubble," that makes it even harder. There are players who haven't seen their families for six months, and that includes their close family.

We tried to gel as group as much as possible -- more than normal. There's a human part of the game that sometimes we don't have enough time for. That's important for the team and all the players no matter where they're from. These unusual circumstances helped us glue together, to support each other. 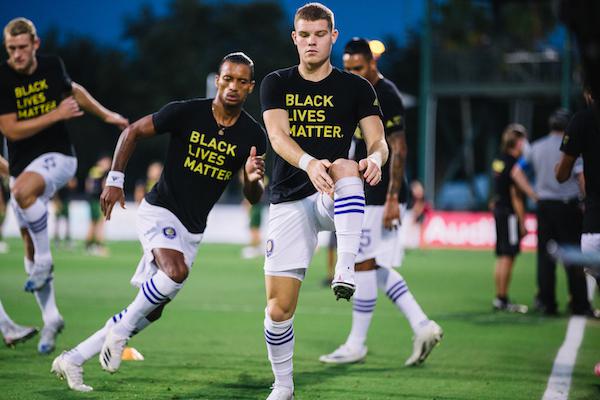 SA: A major of part your coaching history in the USA has been with an eye on youth development. While still playing for FC Dallas you got involved with the North Texas ODP and then emphasized creating homegrown talent for the club. Obviously, your main focus in Orlando must on the first team, but what about the club’s youth efforts?

OSCAR PAREJA: When I was still in Dallas, I wondered why Florida wasn’t bigger on youth academies and producing more talent, considering the potential and diversity of its soccer talent. I do want us to take on the challenge. I see kids with talent who are looking for an identity, which we can provide. I think it will take some time.

SA: Your lineup for the MLS is Back final started only one American, Chris Mueller …

OSCAR PAREJA: When I arrived, I found a roster with majority foreign players. I have to stabilize the first team, but I want our club to move American and Homegrown players into the first team.

The club does have Homegrown players -- Jordan Bender and David Loera, and Benji Michel is in first team on a more consistent basis.

It’s become increasingly more difficult for Americans to break into MLS because more and more players from abroad – young players and players in their prime – want to come here and are being signed.

But it’s not just in MLS where it’s hard for domestic players to break into first teams. Look at the lineups of teams in European leagues, how few English players or Spanish players start for top English Premier League and LaLiga teams.

SA: When we talked in October of 2018 about how MLS could help the progress of the U.S. national team, which missed the World Cup that year, you mentioned the idea of MLS establishing a youth rule for game-day rosters, requiring a minimum for domestic U-24 or U-20 players.

OSCAR PAREJA: That’s an option. I think it's important that young American players get opportunities. I want to move players from our academy up to the first team. But I have always said to academy kids: “You have to earn your minutes.”

MLS academies must keep improving, and there has been a lot progress. What’s frustrating is when, like in Dallas, we develop a player from age of 9 or 10 years old -- and in the last years of their academy play somebody comes and takes them away to a foreign club.

SA: Like FC Dallas’ Weston McKennie. … Do you think MLS taking over in the wake of U.S. Soccer quitting on the DA is good for American youth soccer? The pro league in charge of a league with a majority amateur clubs?

OSCAR PAREJA: I think it can be beneficial for both MLS academies and the other clubs. It could a healthy situation where the different programs work together. It's a big opportunity. 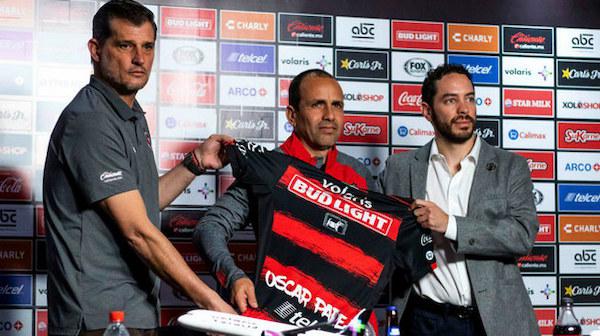 SA: How was your year in Liga MX with Tijuana?

OSCAR PAREJA: It was a valuable, growing experience. It opened my eyes, which had been tied for many years to this league [MLS], in a new way.

It also reminded me of the soccer culture of my days as a player in Colombia – the media, the ownership, how people live the game.

At the same time, I have to say that it made me value a lot how American soccer is developing and how MLS is run. Being there day-to-day made me realize how well MLS is going. It’s tremendous and incredible. I don't think people realize how well Major League Soccer has improved.

SA: What was the impression of MLS from Mexico?

OSCAR PAREJA: Everyone was asking me all the time how MLS worked. They’ve noticed that the league looks very strong and are curious how it’s run. When I explained, they were very impressed. They liked the approach. “Great idea!” they'd say.

SA: It is remarkable how around the world, where soccer leagues use a very capitalist approach, there’s increasing admiration for the more socialist system used by the American sports – salary caps, profit-sharing, single-entity, etc.

OSCAR PAREJA: When I have explained the MLS structure -- in Mexico or when I’ve talked to people in South America -- they say that sounds like a healthy model.

Ten years ago, it would have seemed crazy that any league in South America would look to MLS.

Many leagues in South America, if they don’t pay attention to how they spend their money, to how unbalanced the rosters are, people will stop going to stadiums. You have a couple teams winning championship all the time. Other teams going bankrupt. Teams not paying their players.

SA: How would you compare the level of Mexican league play to MLS?

OSCAR PAREJA: When I first came to MLS as a player [in 1998] the gap was very big. Then we began competing well in Concacaf tournaments against Mexico’s big clubs. That showed how the league was growing. Now we’re almost there.

MLS is going to pass above many countries. I don’t just say that because of money or the infrastructure, but the game itself.

The tournament [MLS is Back] is a good sign of it. Many MLS teams play different styles. You see more diversity.

You see LAFC has its own style. Then you see Kansas City with its style. Philadelphia has a great coach that has a great program and has identity. You saw New York City create an identity in a few years. I could mention more. MLS is very diverse in style of play, which is healthy for a league.

I don't have any doubt that Major League Soccer will pass by Mexico and leagues in South America.