France: Fears of financial ruin might have been overstated 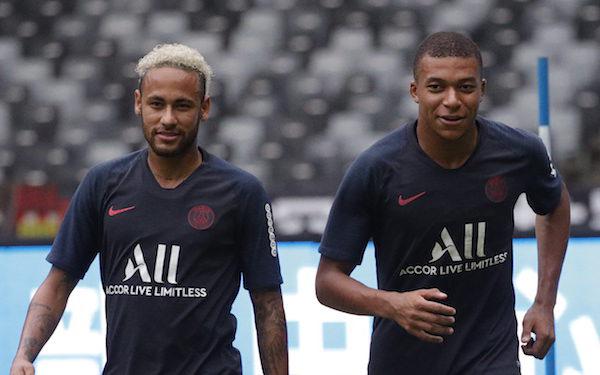 More than five months after it shut down, France's Ligue 1 resumes on Friday.

Unlike Europe's other big leagues, Ligue 1 didn't finish its 2019-20 season. The French government shut down the season for good at the end of April because the COVID-19 situation, while improving, wasn't good enough to justify pro sports playing. (French citizens still needed to carry written statements to show police why they were out and about and what essential activity they were undertaking.)

More than three months later, the levels of new COVID-19 cases are again about the same -- around 1,500 a day -- and likely to climb after dropping to below 500 a day in June. Friday's opening game of season between Marseille and St. Etienne had to be postponed because of a COVID-19 outbreak among Marseille players and staff, and several teams had to modify preseason training because of COVID-19 issues.

When then-French prime minister Edouard Philippe ended the French pro soccer season eight days after teams had returned to training, the fear was the shutdown would cause financial ruin for French clubs. One study put the potential losses as much as €800 million (€1=$1.19).

But a recent report suggested that the losses caused by the pandemic might have been much less than anticipated. Jean-Marc Mickeler -- French soccer's fiscal gendarme -- told L'Equipe that the losses for Ligue 1 and second-tier Ligue 2 clubs for 2019-20 were only €289 million, just €173 million more than was projected before the pandemic forced play to halt in March with 10 games to play in the 38-game season.

Mickeler, who works at Deloitte Global, is the president of the DNCG, which oversees the licensing of French clubs, monitoring their financial situations and issuing sanctions for clubs missing financial targets with transfer embargoes, forced relegations and outright bans.

Following audits of clubs for the shortened 2019-20 season, Mickeler told L'Equipe that clubs would have broken even after the lockdown but for the shift of the opening of the summer European transfer window from June to later in the summer that cost French clubs €190 million in profits from the sale of players budgeted for June.

What happened? The government stepped in.

The LFP took advantage of a €3 billion government-backed loan program for businesses (PGE) to obtain an estimated €225 million in loans it used to distribute to clubs in Ligue 1 and Ligue 2 for the missed television payments. Clubs also received government aid to the tune of €186 million in the form of salary subsidies (upwards of €7,000 a month if the worker was kept employed) and employer taxes that were waived.

But he cautioned that everything depends on French clubs hitting their target for net transfer fee payments: a whopping surplus of €812 million. Will they hit that target? A deal to send Nigerian striker Victor Osimhen from Lille to Napoli for a club record fee of €60 million got Ligue 1 off to a good start, but it is too early to tell. The summer window won't close this year until Oct. 5, a day before clubs are required to submit rosters to UEFA for the delayed group stages of the Champions League and Europa League.

Still, Mickeler is optimistic French clubs can handle whatever comes at them, having upwards of €1 billion in new funding at their disposal. Another round of PGE lending opened on Aug. 5, and between LFP aid and direct payments to clubs, that will generate €530 million in government-backed loans. Owners have injected another €440 million in new capital into their clubs.