Only once has a French team won the Europe's most prestigious club tournament. Paris St. Germain, coached by German Thomas Tuchel, aims to make it two on Sunday when it faces Bayern Munich. 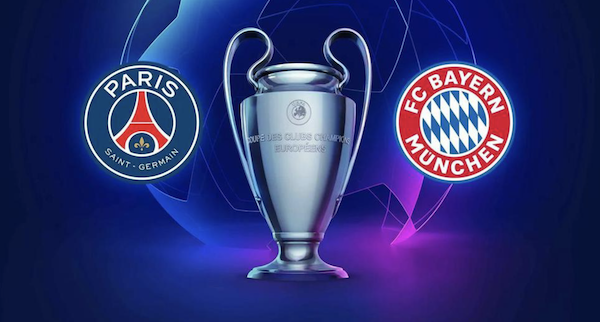 There have Champions League final clashes between teams coached by men of the same nationality, but that was when teams from the same nations met: the 2013 Bayern Munich victory with Coach Jupp Heynckes over Jurgen Klopp's Borussia Dortmund, and when in 2003 Carlo Ancelotti's AC Milan defeated Juventus, coached by Marcello Lippi.

On Sunday, Tuchel, the former Borussia Dortmund coach, aims for a win over the Hansi Flick-coached Bayern team that destroyed Barcelona, 8-2, in the quarterfinals before a 3-0 win over Lyon.

For Bayern, Manuel Neuer, Jerome Boateng, David Alaba and Thomas Mueller were on its 2013 title-winning team, when Robert Lewandowski, Bayern's top player during this campaign, was playing for Borussia Dortmund.

Paris SG's Argentine Angel Di Maria, who lifted the Champions League trophy with Real Madrid in 2014, and Neymar, a winner with Barcelona 2015, are aiming to join 14 players who have won the crown with two different clubs. Brazilians Thiago Silva and Marquinhos and Argentine Leandro Paredes are expected to start for Paris SG.

NOTABLE: In 1992, UEFA changed the name of the European Cup, founded in 1955, to Champions League and opened the competition up to non-champions. The 2020 final marks the third time in a decade that both teams were their domestic leagues' defending champions -- since the 2015 Barcelona win over Juventus and Barcelona's 2011 win over Manchester United.

THE REFEREE: Italian Daniele Orsato has Champions League games since 2012 and was in the middle for eight games this season. The 44-year-old electrician, who started refereeing at age 18, worked the 2014 World Cup and Euro 2012.