After five-month break, German amateur soccer is back up and running with the usual flare-ups and square-ups - but for how long?

It's the 70th minute of a men's friendly game in the German state of Hessen. The two amateur teams consist of players in their 20s at soccer's lower levels. There's an intense and pointless argument between the away team's No. 10 and the home team's No. 11 about, of all things, a throw-in. They square right up to each other, nose to nose. So much for social distancing.

The referee (that's me) blows loudly on his whistle and runs up to the pair, who then peel apart, still glaring at each other in the archetypal macho way. I show them both a yellow card and invite them to stop behaving like idiots. It's only afterward that it occurs to me this was multi-level idiocy -- not just in the context of the game, but in the context of the ongoing Covid-19 pandemic.

Since amateur soccer resumed a couple of weeks ago, it's been easy to forget about the pandemic, despite the rising number of infections in countries like Germany, France, Italy, Spain and the UK. The new cases have been primarily caused by people returning from vacation "hotspots" in Europe's south, and by young people gathering to party in large numbers while disregarding distance or facial protection. However, with a fall in the number of deaths and a rise in the number of asymptomatic cases, many feel that we are returning to a kind of normal. Others have just had enough of self-isolating or curbing activities they'd previously taken for granted -- like soccer, for example.

I officiated at five games in the past week, and although there are plenty of laminated signs up at the clubs about the correct way to behave, and there are plenty of contact forms to fill in for those coming to watch, there is only lax implementation of the "hygiene" rules set out by Hessen’s soccer association. Some teams avoid the narrow dugouts and have their substitutes spread out on benches, other teams don't bother. Some spectators keep well away from other humans, others stand in the usual huddle. On my way home on Sunday, I cycled past a field where I regularly referee, and there was a crowd packed down one sideline of at least 200 people watching a men's cup game. 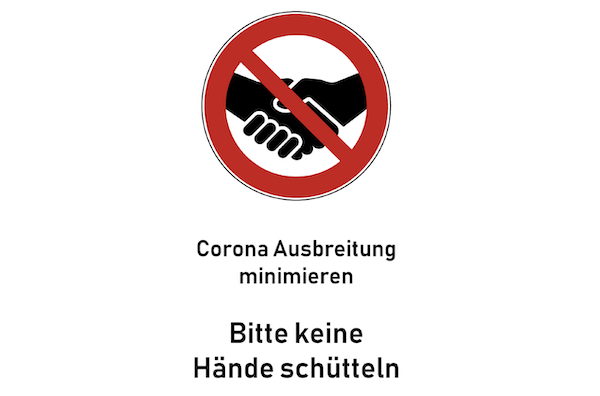 Fortunately for me as a referee, it's not my responsibility to intervene and tell people where they can and cannot stand. Unfortunately for amateur soccer, it's easy to foresee that the game will be shut down once more if the number of infections continues to rise while people continue to behave like there's no longer anything to worry about. While the pre-game handshake has been scrapped, there are still players who come up after the final whistle and offer you their hand (which I meet with an elbow instead). This forgetfulness reflects, even if only subconsciously, that many of us are overly keen for things to be just like they used to be.

When soccer first closed down in mid-March, everyone agreed that it was the right thing to do. Obviously, mere sport had no place in our lives at a time when so many people were dying, and so many more were at risk. The disease was an unknown force, and remains one still. My hope was that, once we resumed play, there would be a new, more sporting perspective among the players about the way they approached the game. They would be grateful for having seen what they'd almost lost. A five-month break would make them appreciate their favorite sport and behave accordingly toward their fellow players, their opponents and the referee.

I'm left laughing at my own naivety. In this first handful of games, there have been the usual flare-ups and square-ups (see above), the usual players yelling at me that my offside call was wrong and that my refereeing's a joke, a straight red card for a brutal "revenge foul," and a whole host of yellows for unsporting behavior. These have all been "friendly" games. In two weeks time, we go back to playing for points and trophies.

That is, if the game's not already been shut back down again.

coronavirus, germany, international, referees
3 comments about "After five-month break, German amateur soccer is back up and running with the usual flare-ups and square-ups - but for how long?".
Read more comments >
Next story loading