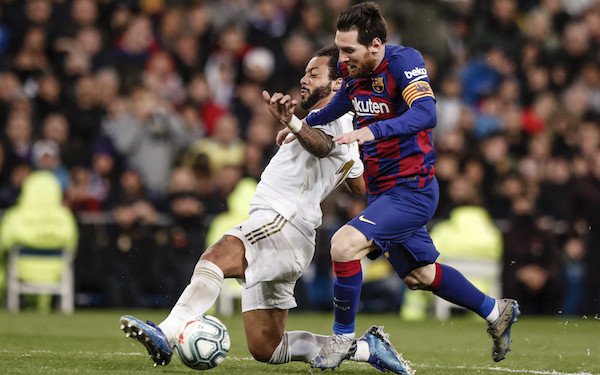 European soccer's silly season got a late start this summer.

Usually, the transfer market wraps up at the end of August. But because of the COVID-19 pandemic, the European season did not wrap up until Sunday when Bayern Munich beat Paris St. Germain in the Champions League final.

This year's silly season, which is just getting going, will be like none in recent memory. It will revolve around one question: where will Lionel Messi go?

After 16 seasons at Barcelona, the Argentine told the only club he has ever played for that he wants out.

Messi's decision came in the form of a burofax -- a service used in Spain to deliver certified email -- giving notice of his intention to leave the club, which responded with its own burofax -- responding that it wants to keep Messi.

What happens to Messi revolves around the interpretation of a clause in his contract -- written without a pandemic in mind -- allowing him to leave Barcelona as a free agent. The date the exercise the option expired was June 10, more than five weeks before LaLiga season actually ended because of the three-month break due to the pandemic.

Barcelona's position is that Messi missed the deadline, and he is still its player for one more season unless a suitor is willing to pay it 700 million euros ($827 million) to release Messi from his contract.

Messi has been unhappy with the direction of Barcelona under president Josep Maria Bartomeu. Barca exited the Champions League with an 8-2 loss to Bayern Munich, the third year in a row it collapsed in the tournament's quarterfinals. It followed a LaLiga season after which Messi blasted Barcelona as "weak" for blowing its lead over Real Madrid.

Within days of the Bayern loss, Quique Setien was out as coach and replaced by former Barca star Ronald Koeman, who has made it clear he will clean house, demanding the sale of Messi's longtime teammate and friend, Uruguayan Luis Suarez.

Where will Messi end up?

It's been suggested that Messi's demands are a move to force Bartomeu's departure and that of the current Barca board.