Chris Wondolowski and the remarkable empathy and insight of pro athletes

Chris Wondolowski, the greatest goalscorer in MLS history, grew up in Danville, California, one the wealthiest zip codes in the United States. He played most of his youth soccer for Mustang SC, whose facilities match those of the world's top pro academies. Of course, to become as successful as he has, Wondolowski spent endless hours playing unorganized ball, with his brothers and dad, in the house and backyard. And on golf courses, where they'd challenge each other to hit the greens with one or two shots, and with chips to hit the pin -- until the groundskeepers chased them off. 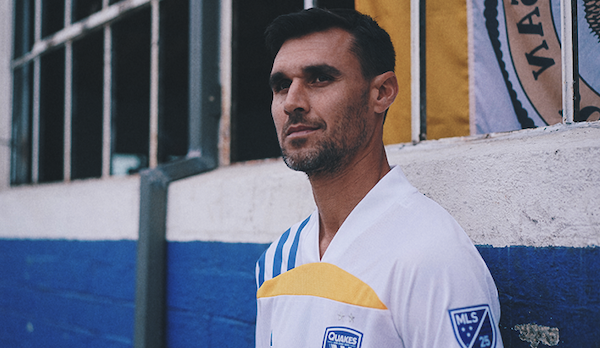 That youth experience led to college ball at Division II Chico State and since 2005 Wondolowski has played in MLS. He broke Landon Donovan's record of 145 goals in May of 2019, and had scored 161 goals going into Wednesday night's game against the Portland Timbers. A game that got canceled because MLS players joined the strike by pro athletes to focus attention on police brutality and racial injustice and inequality.

On Thursday, at his behest, the San Jose Earthquakes set up a Zoom press conference for its captain to address the issues that led to the players' strike.

Wondolowski, at times emotional -- "When I came home I explained to Emersyn, my daughter, why I didn't play" -- told us that he and his teammates were dressed and ready to go. They considered their obligation to their fans, they spoke with the Timbers' players, and the vote was unanimous.

If you have followed all the coverage and commentary in the wake of the Wisconsin police officer shooting of Jacob Blake -- not that long after George Floyd, Breonna Taylor and Ahmaud Arbery -- you saw how unitedly professional athletes have been reacting to incidents of police brutality and its exposure of racial injustice and inequality. You will have noticed that men and women who get paid to play sports reacting more empathically and insightfully than many in other sectors of our society with access to a pulpit.

Wondolowski makes it easy to see why pro athletes have astute comprehension of our society's complexities. He may have grown up in a wonderful neighborhood, gone to one of the top rated public high schools in the country, and could trespass on a golf course knowing there'd be no serious consequences. But for the last 15 years, he's worked with colleagues from a wide range of socio-economic, racial and ethnic backgrounds.

"You learn so much about someone's culture, someone's heritage, who they are, why they think a certain way, why they became who they are," Wondolowski said. "To hear their stories is empowering and that's why I think, across all sports, we have that pod of cultures and nationalities."

The 37-year-old Wondolowski has had teammates who grew up in poverty, in the USA and abroad. Teammates who experienced racism, and teammates who, if not for their athletic skills, would have remained in socio-economic environments denying them of comforts that most of us take for granted.

"When you share a locker room, when you share a space day in and day out, and you battle together with that individual -- and you have to shed blood, sweat and tears with them -- you need to have their back," Wondolowski said. "And you realize that everyone is equal and it's an amazing thing."

How many other occupations are as meritocratic as professional sports? It's a profit-driven industry accessible to those who can help a club win whether they're from the suburbs or the favela -- and success depends on teamwork.

As one of the MLS veterans involved in navigating how players will take a stance, Wondolowski said he's been consulting with his former teammates Justin Morrow, now with Toronto FC and the executive director of Black Players for Change, and Ike Opara, now with Minnesota United.

"I really do consider them family," Wondolowski said. "This cause is something worth fighting for and it's something that we need.

"There's no way I can say I've experienced the same injustices that some of these other people have experienced, but I know they are my brothers as well."