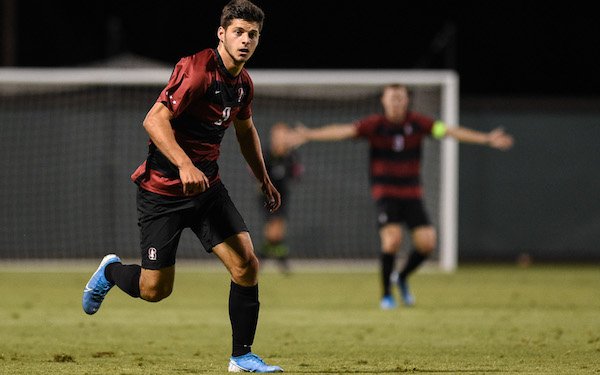 Stanford forward Arda Bulut has decided to pass up his senior season to sign with the USL Championship's Louisville City.

Bulut pointed to the uncertainty caused by the COVID-19 pandemic as the reason to turn pro now rather than play in 2021.

“My biggest aspiration since I was a kid was to play professionally,” Bulut said. “I was excited and looking forward to my senior season with Stanford, but with everything happening due to COVID-19 and all the uncertainty, I felt like it was time to pursue my professional dream.”

Bulut was on Stanford's 2017 championship team and appeared in all 22 of the Cardinal’s games as a junior in 2019, scoring a pair of goals.

“Signing Arda is a unique opportunity for our club,” said Louisville City head coach and sporting director John Hackworth. “He was on everyone’s list of top attacking players coming out of college this year, and quite frankly, we took advantage of this crazy circumstance.  Arda has soft feet for a striker but more importantly, we think his runs and timing are what separates him from other college attackers that we have seen."