Brian Tompkins on athletes fighting for social justice: 'I have more than hope. I have expectations'

Brian Tompkins  has been called the N-word on the soccer field. He knows what it’s like to be the only Black player in a locker room. He’s seethed with anger, but held his tongue. Sometimes he has quietly admonished his tormentors. 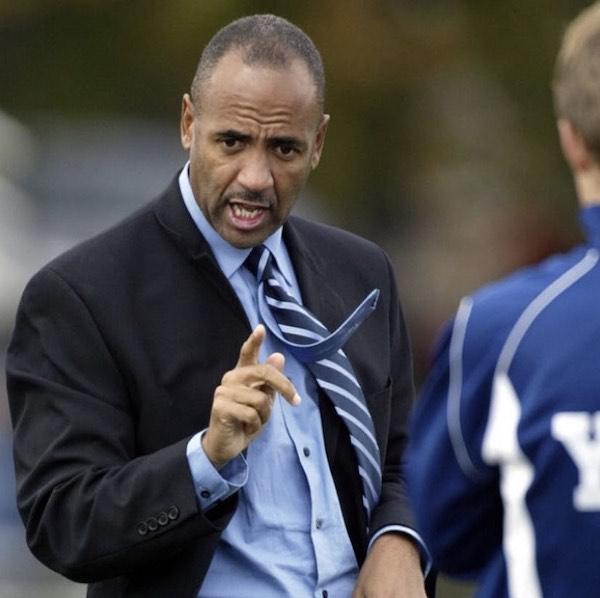 As a highly regarded soccer coach – first at the University of Wisconsin-Milwaukee, then at Yale University – the London-born Tompkins has been a trailblazer and a role model. But, he says, it should not be his job to educate fellow coaches and athletes about race in America.

A coach can create “a culture of respect” on his team, one that ensures all players are embraced regardless of race, religion, sexual orientation or socioeconomic status. But the hard work of developing awareness, sensitivity and empathy must be done by everyone.

A white coach with one Black athlete once told Tompkins, “I don’t understand white privilege.” “Every day he walks in the locker room, he’s aware that he’s a Black player,” Tompkins explained. “He doesn’t have the advantage to not think about it.” Conversely, most white players do not even realize what it means to not think about being in the majority. That enables them to follow a racist joke or derogatory statement with the side comment Tompkins has occasionally heard: “Oh, I don’t think of you as Black.”

For 400 years, this country has not really confronted, or even talked about, the systemic racism baked into its history. “People were stolen from Africa, and treated worse than animals,” he says bluntly. But now, Tompkins says, Americans are initiating those discussions. He is encouraged to see young people – including athletes – leading the way.

At the international level, teams are walking off the field when a teammate is taunted. MLS players are speaking out against racism and in favor of Black Lives Matter. But words are not enough. Tompkins says that “gestures” must be turned into meaningful action.

Tompkins, who in February wrote an article for Psychology Today headlined "Racism Is Alive and Well in Soccer," is not the only one hoping for next steps. In the aftermath of protests over the killing of George Floyd and other Black people, Tompkins – who retired as Yale’s head coach in 2015, and served as the school’s senior associate athletic director through 2019 – was asked to moderate conversations on race for several Ivy League teams, and those at other universities. He was encouraged by those athletes’ engagement and responsiveness.

“Their sensitivity and desire to do something more is phenomenal,” he says. “They want to get to the heart of this. I have more than hope. I have expectations.”

Teams – and not just at the college level “want to be inclusive,” Tompkins believes. Athletes in their 20s have grown up in a society different from those he and his generation knew. He is heartened that as soon as Real Salt Lake and Utah Royals FC owner Dell Loy Hansen faced allegations of racism, players demanded action. Within days, the owner announced he would sell the team.

Of course, Tompkins warns, “we’re still in the very early stages. It may be five or 10 years before we see noticeable changes. Social justice takes time, numbers and dedication. We’ve seen the first dominoes start to fall. But it will be a while until redlining stops, gerrymandering ends, poor schools get funded, and more Black people are in leadership positions.” In sports terms, that means “Blacks as CEOs and general managers of sports teams, not just in sales and marketing.”

Sometimes, the work against systemic racism can seem overwhelming, Tompkins admits. No one can do everything. But everyone can do something.

“If there are lots of fires burning, put out the one closest to your house. That’s the one that will burn you first,” he advises. Again, he puts the burden not on Black players and coaches, but white ones. “How can you be more anti-racist?” he asks. “Educate yourself about Black history and culture. Look around at your environment. See what you can do, then do it.”

Some days, he feels disheartened. Other days, he sees young people – Black and white and every color in between -- and feels energized. “They’re motivated. They recognize their strength and power. I’m on fire inside, and I see they’re on fire too.”

youth
11 comments about "Brian Tompkins on athletes fighting for social justice: 'I have more than hope. I have expectations'".
Read more comments >
Next story loading