I had my late summer reading lined up. On deck were the newest from Ben Elton, Andrea Camilleri and Carl Hiasson, and my first Donna Leon. That plan got interrupted when St. Louis City SC, a 2023 MLS expansion team, hired as sporting director Lutz Pfannenstiel. The German wrote a book about his playing career, "The Unstoppable Keeper," and my job made it required reading. 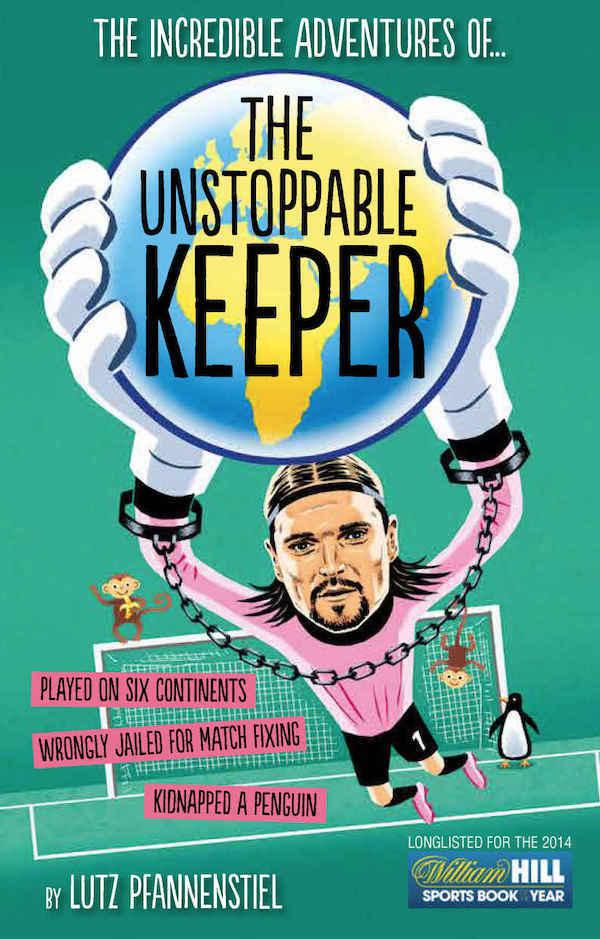 I've read plenty of memoirs by professional athletes, including many good ones, and some great, like Jim Bouton's "Ball Four" and Eamon Dunphy's "Only A Game." If memory serves, "Full Time: The Secret Life Of Tony Cascarino," written by Paul Kimmage and falling under the category of "authorized biography," also struck me as uniquely insightful into a pro player's experiences without fear of offending, and enjoyable reading.

When I glance at the many memoirs and biographies on my bookshelf -- Diego Maradona, Franz Beckenbauer, Pele, Hope Solo (co-written by Ann Killion and one of the best American soccer books), Ronaldo (the Brazilian), Mia Hamm, Brandi Chastain et al. -- it does remind me that I've enjoyed reading most of them. I recall as exceptional ones, like the Günter Netzer book ("Manager und Rebel," by Helmut Böttiger), that recount culture clashes within and outside of soccer, giving insight into a zeitgeist. Robbie Rogers' memoir (Coming Out to Play) wasn't just about being the first openly gay male athlete in one of the top five team sports in North America -- but also youth, college, pro and national team soccer in the USA. The British NASL journeyman Paul Cannell could have sold more copies of his book with a less profane title than (without the asterisks) "F*****' Hell it's Paul Cannell." But I won't deny I read it in a couple sittings, and there was more to it than the sex and drugs.

Indeed, sports literature is a wide-ranging genre. Perhaps the best way for me to relay my opinion of a soccer book is using the criterion that is doesn't feel like required reading. A few pages into Pfannenstiel's "The Unstoppable Keeper" I no longer begrudged putting on hold my summer reading by renowned authors of page-turners.

Now 47 years old, Pfannenstiel published the English version of his book in 2014, five years after the German version, "Unhaltbar – Meine Abenteuer als Welttorhüter," in which the title's "unstoppable" double entendre works a bit better. But the point is clear: The Bavarian boy's wanderlust, and his willingness to play anywhere, at any level as long as it paid the bills, plus his resourcefulness and adaptability, kept his playing career going for two decades and spanned more than 20 clubs and six continents.

Those travels alone should ensure an entertaining read. But "The Unstoppable Keeper" also meets other requirements of an exceptional memoir from an athlete. It has interesting insights of various countries and cultures beyond the sporting life, and it avoids self-pity.

Pfannenstiel may not be a Paul Theroux, but there are times when you feel you're traveling along. And his accounts of even his most trying times avoid the self-indulgence that can ruin a memoir. A person may deserve empathy regardless of their occupation, but when those who get paid for playing games complain too much the audience is likely to flee. (Andre Agassi employed a brilliant writer, J.R. Moehringer, for his biography, but I only have so much in my tank of empathy for the laments of a rich sports star.)

There's humor injected even in this goalkeeper's worst experiences -- serious injury and a Singapore prison stint following a Kafkaesque judicial procedure -- and restraint on blaming others for his setbacks.

Growing up in the small town of Zwiesel, Pfannenstiel early on became intrigued with foreign soccer players, such as Ratko Svilar, and during the 1990 World Cup was more intrigued by Cameroon goalkeeper Thomas N'Kono than the Germans who lifted the trophy. He and his pal dreamed of playing for Flamengo after seeing Brazilian league highlights on Eurosport. 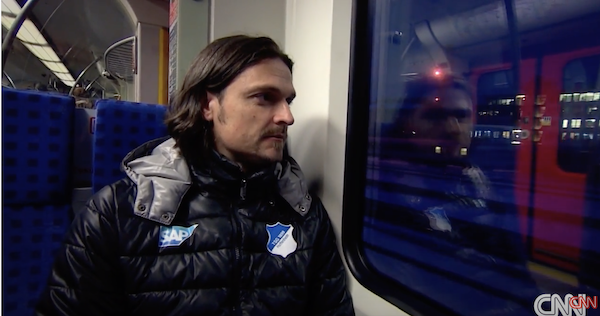 St. Louis City SC's hiring of Pfannenstiel I assume is based mostly on his post-playing career work at TSG Hoffenheim, as scout and head of international relations in 2011-18, after which he moved to Fortuna Duesseldorf to serve as sporting director and got credit for bringing in U.S. goalkeeper Zack Steffen on loan from Manchester City.

Pfannenstiel's other connections to North America include playing for the Calgary Mustangs (USL A-League 2004) and Vancouver Whitecaps (USL-1 2007).The Calgary stint ended when the club folded and Pfannenstiel returned to New Zealand, where he'd played three times before. After Vancouver, where he played four USL-1 games, he moved to Brazil's Atlético Ibirama, inspired to reach the milestone of playing on six continents.

Pfannenstiel's globetrotting pro career started in 1993 with Penang FA in Malaysia, where he moonlighted as a DJ in Kuala Lumpur thanks to having brought along the latest CDs of techno acts featuring the likes of Marusha and Culture Beat -- "It meant I was ahead of most Malaysian DJs." He returned from Asia in 1994 for the first of several stops in England, usually with reserve teams and clubs that needed a temporary backup for injured goalkeepers. "Players like me were a mobile spare parts store for professional teams. ... modern, well-paid nomads moving on to wherever their services were needed."

Early in his career, he played in South Africa -- on loan from Nottingham Forest to the Soweto-based Orlando Pirates two years after the end of Apartheid and the election to the presidency of Nelson Mandela. He was warned not to venture out of his Hillbrow hotel because of the high rate but started enjoying the Johannesburg nightlife after a Pirates' fan promised he'd be protected.

"To this day, I still don't know whether I was more in love with South Africa or afraid of it. I do know one thing, though: I was absolutely fascinated by the country and its energy, which resulted from dozens of different cultures living side by side -- it has 11 different official languages, not to mention all the other languages spoken throughout the land."

After a series of short stints in countries that included Finland and Germany, Pfannenstiel enjoyed his longest run of success, with Singapore's Geylang United. For first time in his career, he started consistently and hit star status. But it came to an abrupt stop when he was accused of game-fixing. Sure of his innocence, Pfannenstiel rejected opportunities to flee the country and stood trial. Despite the lack evidence, he was sentenced to five months -- on the charge of "verbal corrupt agreement" -- in the notorious Queenstown Remand Prison. He was released after 101 days, cleared by FIFA, and continued his career with New Zealand's Dunedin Technical.

When he returned to England, for Huddersfield Town and Bradford Park Avenue, he survived a collision while playing for the latter club that collapsed his lungs and stopped his pulse. He enjoyed two of his longer runs with New Zealand's Otago United (now known as Southern United) and Norway's Flekkerøy. As to how he found new clubs -- like in Albania, Namibia or Armenia -- when a current stint ended:

"I would sit at a table with exactly four objects, no matter where I was on the planet: In front of me would be a laptop, and beside that a phone, a notepad and an ancient ring binder containing around 500 telephone numbers. Even now I am lost without that folder.

"Sometimes there would be a dozen Skype chat windows open on my screen at once, and I would make phones calls at the same time. I gradually collected different offers from all over the world and wrote them down on a notepad. As soon as a transfer was arranged, the agent responsible for it could look forward to up to 20 percent of my year's salary, which they got from my new club. In my case, of course, we were talking about pathetic amounts compared to other professional footballers around the world."

Melting glaciers in Norway and New Zealand inspired Pfannenstiel's founding of "Global United" to raise awareness of climate change. When he finally stopped playing, he coached in Norway, Namibia and served as Cuban national team assistant coach before his extended stay with Hoffenheim, a shorter run with Fortuna Duesseldorf, and opening new chapter in Missouri.