The earliest known footage of U.S. men's national team in action has been uncovered and released by the Society for American Soccer History. In what SASH reports was the USA's first ever game, it faced Swedish outfit Tigrarna Fotboll Klubben in the Stockholm Olympic Stadium on Aug. 15, 1916 -- the start of a six-match European tour, which included the USA's inaugural full international five days later, a 3-2 loss to Sweden.

It’s been a while now since we’ve seen the red, white and blue take the field amid these extraordinary times. This video was also shot in the throes of an international crisis -- World War I, for which Sweden remained neutral. 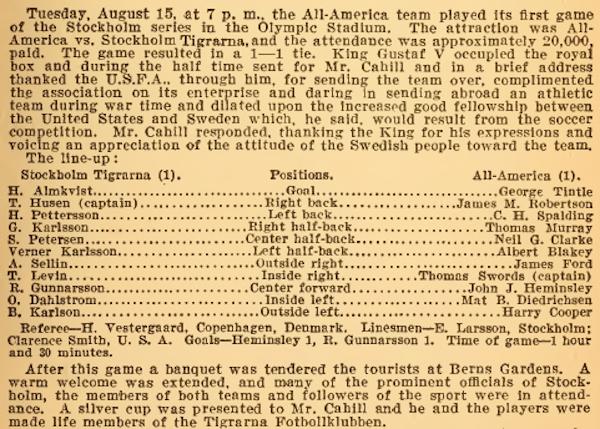 SASH discovered the footage in the collection of the Swedish Film Institute in Stockholm and is from the Svenska Biografteaterns Veckorevy (Swedish Cinema Theater Weekly Review) newsreel series.

The SASH site includes images from early USA's game such as: 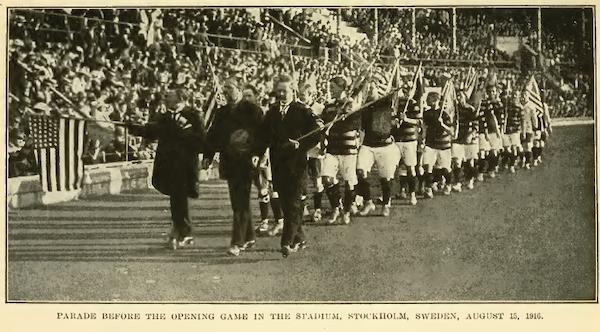 Previously, the earliest known footage of the U.S. men's national team was this from 1924, a 3-1 loss to Ireland during a stop in Dublin on the Americans's way home from the Olympic Games in Paris.