Soccer books tend to fall into a handful of categories that, to this weary reader at least, have become as predictable as their contents. The ghost-written, tell-all player autobiography that ends up telling you not very much at all. Histories of teams and tournaments that may have been forgotten for a reason. 'Fans' presenting themselves as wannabe warriors, depressing us with their tales of how they walloped someone because they supported a team from a different town in a different jersey. Tactical bores and their forgettable formations. Traveling nerds and their collectable stadiums.

One of several reasons why I really liked Glen Wilson’s book "W C L D N" is that he comes clean with the reader in the introduction. “I don’t quite know what this is,” he writes. “It’s too short to be a proper book, too long to be an article, too much about watching football to be a novella.” He’s a marketing department’s nightmare, so all credit to his publisher for putting this out anyway. Perhaps he was lucky enough to find the only commercial publisher in the world without some berk crying out, “Yeah, but what’s the hook? What’s the seven-second elevator sell? WHO’S YOUR MARKET?” Who cares?

Wilson’s experiences the 2018 World Cup as a single man in his 30s, living and working in London during a relentless heat wave. Like many of us, he measures his life in four-year cycles. We all remember where we were during past World Cups – the excitement of staying up late as a kid, not moving from the sofa for a month as a student, bunking off work to catch afternoon games as an adult. This time, the author seeks out diaspora pubs and clubs in the English capital to observe how Swedes, Colombians, Koreans and Iranians are experiencing their countries’ progress on the other side of Europe in host nation Russia. 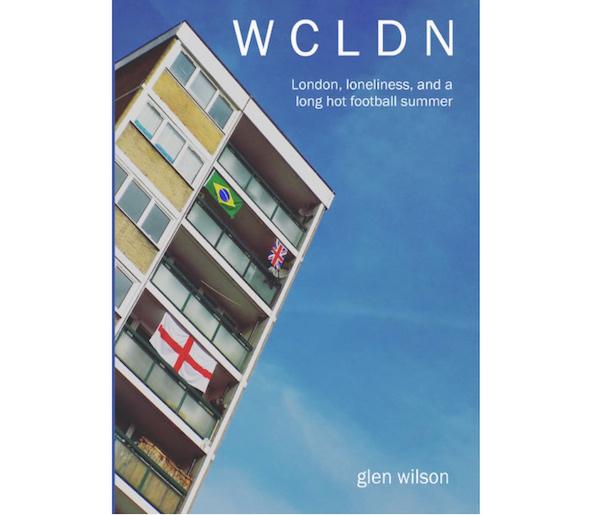 This vicarious tagging-along, whereby the writer tends to reach his venue then hide in the shadow of a fruit machine, is not driven by a zeal to document London’s multi-ethnic make-up, but is more a quest to stave off depression and find a connection to the teeming, baffling world around him. He listens in and takes notes, rather than attempting to foster conversations and new friendships. He’s awkward, shy and in the throes of a mental condition that make it challenging and even impossible to leave the flat and go to the office or just down to the pub.

The prose, despite his protests in the introduction, does indeed read like a novella. This could be a ‘being-of-age’ rather than a ‘coming-of-age’ book - the antithesis of a Bildungsroman. It doesn’t go anywhere, there’s no arc of character development. As a reader, you merely wonder who’s playing today, and will the narrator summon up the will to watch them. You hope he’ll leave the house, because his descriptions of 2018’s unrelenting heat wave take you all the way down to the suffocation of London’s melting tarmac and tossed cigarette ends. He doesn’t need to express disdain for the colleagues who only care about soccer once every four years, he conveys it in their quotes. Walking down the street or perched on a barstool, he eavesdrops on the odd things people say. The prose is as understated as his presence at the back of the bar, his wit as dry as the city’s harsh, hot summer.

So before watching South Korea play Mexico, Wilson writes: “Carrying a disappointing chain store rice dish, you find a vacant bench between the pigeons of Victoria Embankment Gardens. On the next seat along a Canadian tourist is explaining the London Eye to a friend. ‘It’s like a slow-assed Ferris Wheel ride, but with strangers.’ Accurate, but probably not one for the posters.” While watching Denmark-France outdoors: “A man cycling past takes a break to readjust his attire. ‘Jeez! Still nil-nil?’ he says, before putting his sunglasses on and continuing off around the basin.”

The tournament stages are interspersed with memories of previous tournaments. Therapy sessions are described with unvarnished honesty. It’s a snapshot of one life, for one month, experienced in one city while the World Cup is going on in the background. “I think writing it helped,” says Wilson in the final line of his introduction. I really hope it did, and that it helps any reader suffering a similar illness. The last quote we hear from Wilson’s therapist is, “Next time we’ll talk about how you feel that it’s all the good in your life that’s died and only the shit remains.” It feels like the pointed prelude to a new approach.

In the meantime, he has produced a slender but arresting work that defies the sterile straitjacket of categorization. For that alone, this volume merits addition to soccer's often too homogeneous book shelf.